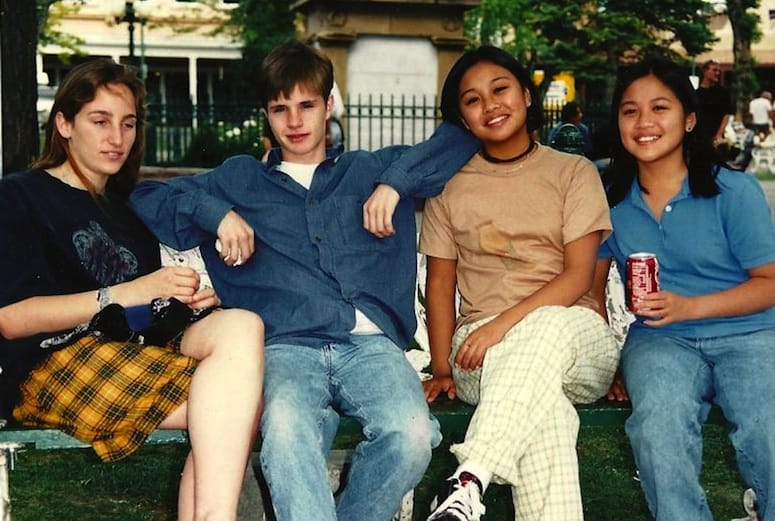 Michele Josue was a 19 year-old sophomore at Emerson College studying film when her dear friend, Matthew Shepard, was killed.

Shepard’s horrific death at the hands of cruel homophobic murderers near Laramie, Wyoming, in 1998, triggered a media frenzy that almost overshadowed the meaning of his short life. The actual events surrounding his murder, trial, and the remarkable decision by his parents to “end the cycle of hate” by asking for their son’s convicted murderers’ lives to be spared, are in itself a story of faith, mercy, compassion, and healing.

Dennis and Judy Shepard went on to create the Matthew Shepard Foundation to “Replace Hate with Understanding, Compassion, & Acceptance” through education, outreach, and advocacy initiative. As Matthew became a historic figure to inspire a national movement to end hate crimes and become a symbol for LGBT rights, the need to tell the story of a man, a son, and a friend behind the headlines lingered in the hearts of those close to him. After years of struggling to grieve for Matthew, Josue (pictured at left) decided to make the film, Matt Shepard Is A Friend of Mine, to share this journey of love, loss, and healing,

The film has been on the festival circuit since October 2013 and garnered both critical acclaim and juried awards. “The film is emotional and sad, but very inspiring,” Josue says.

Why did it take so many years for you to make this film?
“I think it’s a really complicated question. I wish it were an easy answer. When I was young, I was confused and had to separate the media firestorm from the loss of my friend. I felt it was heartbreaking to see how he was reduced to a headline. People only knew him for the horrific way in which he died. But Matt was very important and amazing in his own right. It’s taken so many years to grapple with what happened and my feelings with what happened. It took that amount of time for me to grow up and try to see the situation more clearly.

I reached a point professionally that I was ready. I always knew that I would do this for Matt…and felt it was the time to come forward … and share who our Matt was. It’s also a time to connect with young people who may not be aware of this story. He wasn’t a just a gay rights icon or a victim…he was a young person. He was extraordinary with a big heart and he had his struggles. He was a human being and it’s important for me to reclaim a bit of him and give him back to humanity.” How do you feel now about the response to the film…is it cathartic?
“Yes. It’s funny because it’s real life. It’s bittersweet because I’m proud of the project and proud people are able to see what a beautiful spirit Matt was. But it’s hard to disassociate myself from the film. It’s complicated. It’s strange. It happened so long ago and we all kind of just pushed it down and didn’t know how to deal with it. Everything is up at the surface now…it’s easy to cry but years ago I didn’t talk about this. I think it’s healing. It’s good to see him and remember him as Matt and not Matthew Shepard. It’s healing to take this horrific thing, and try to make it into something positive that the world can also watch and reflect upon.”

How did you find the strength to tackle such an emotional subject and one you are so personally attached to?
“I don’t know, I think because I was kind of subconsciously gearing myself up for this one day. I felt it was my duty to do this. I had been slowly preparing to give a portrait of Matt. Reliving painful memories was really tough. However, the film was an independent project funded as a Kickstarter campaign and supported by over 1000 people from around the world. I had to put the difficulty aside and do the work. It was really hard…it’s still hard. I had a tremendous support system with Matt’s parents, the team, and my own friends and family. My husband, also, had me see a professional to help me get through this. I want to be transparent about this because I think it’s important to share…if you need help, ask for it.”

Was the emotional journey your biggest directing challenge?
“Oh for sure. Making a film is really tough, especially if you have limited resources or budget. We had a very small crew and logistically it was tough. But that’s what I’m good at…working with constraints. The emotional stuff was definitely going to be hard, but I had no concept how hard. The most difficult part was reading his letters, seeing him again…hearing his voice.  It’s a big wallop to experience someone’s presence, so to speak, after having once lost and missed them.”

This is not just a memorial tribute to your friend but a powerful message to everyone about hate…what is something that you want your audience to take away?
“I want people to see Matt was a human being. But beyond that I want people to walk away from the film realizing the impact that they can have on someone’s life by being compassionate, kind, and courageous. We have the power to create a more compassionate society.”