The prodigiously talented Michael Feinstein made his McCallum debut in 1990 and has returned countless times in the intervening years.
PHOTOGRAPHS COURTESY MCCALLUM THEATRE

With more than 30 years of great performances in its chronology, the McCallum Theatre has become known for many things. The Best of Broadway, to be sure. Daring and dazzling dance performances. Check. Variety, spectacle, comedy. No doubt.

Arguably, though, the McCallum may be best regarded for bringing world-class, legendary and up and coming singers to the Valley year after tuneful year. Think of it. On Opening Night in 1988, among the artists taking the stage for the first time were two of America’s finest singers, the late Vic Damone and his wife at the time, Diahann Carroll, who left us this past October. They set the McCallum standard that has stood the test of time well into the Theatre’s fourth decade.

• READ NEXT: What Musicals Are Coming to McCallum This Season?

We could go on. Just researching the list is breathtaking. The unifying characteristic of all of these extraordinary artists is that they are all storytellers. With passion, flair and oftentimes astounding sets of pipes, these singers reached the heights of the entertainment world. And they all came to the McCallum to share their gifts with enthusiastic Valley audiences.

This year is no exception. In the winter, McCallum audiences can choose from more than a dozen performances featuring exceptional singers. The fun starts with a McCallum favorite, Jack Jones, who first appeared on the Theatre’s stage in its opening season in 1989. The Indian Wells resident, who shows no signs of slowing down, returns to the McCallum on January 10, presented through the generosity of Elise Pasetta. 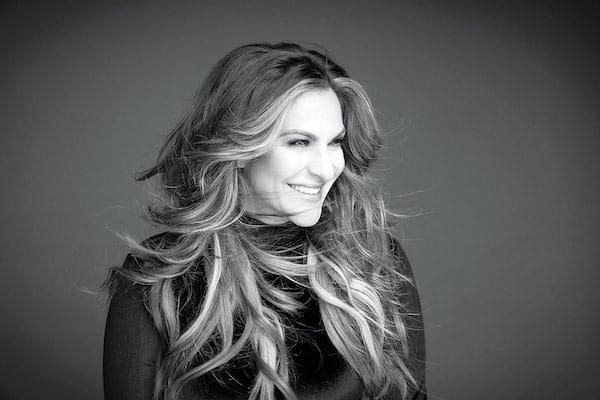 Shoshana Bean made her Broadway debut in the original cast of Hairspray and later starred as the first replacement for Elphaba in Wicked.

Two other McCallum stalwarts are returning this winter and regard the McCallum among their favorite venues to play. The most successful act in the history of McCallum Theatre, selling out more than 30 shows over the past few years, The TEN Tenors are back for six performances, February 19-23, presented through the generosity of Harold Matzner. Their new show, “Love is in the Air,” will showcase the greatest love songs of all time, from classics to beloved wedding first dance songs to pop songs with a twist and famous love arias.

“Since our first visit to the McCallum in 2011, we knew there was something special about this theatre,” said The TEN Tenors producer, D-J Wendt. “It isn’t just the beautiful venue; it is the entire staff, the patrons that we see every time we come, and who often bring new guests to meet the guys. It’s the donors who give such generous support to the theater and the Chairman of the Board, who on more than one occasion, has personally made it possible for us to be there.”

“All of you have become more than familiar colleagues and casual acquaintances,” added Wendt. “Coming back to the McCallum is like visiting family, catching up, sharing stories and greeting each other with a warm smile and firm embraces. I will never forget the love and support that The TEN Tenors have been afforded by so many truly wonderful people in and around the McCallum. The Theatre, and all who are associated with it, will remain our friends forever.”

The prodigiously talented Michael Feinstein made his McCallum debut in 1990 and has returned countless times in the intervening years. His next appearance will take place on February 28 and the evening will celebrate the legends of the American Songbook including songs made famous by Frank Sinatra, Sammy Davis, Jr., Dean Martin, Judy Garland, Peggy Lee and more. As a premier artist as well as an educator, Feinstein is respected by archivists as one of the most important musical forces of our time.

He’s also a big fan of the McCallum. “From the start of my performing career, the McCallum has been a constant in my life,” said Feinstein. “It always feels like reuniting with family when I have the chance to appear on that extraordinary stage and share the joy of music-making with Desert audiences. It’s always the highlight of my year and I treasure the relationship.”

She may not be a household name, but Shoshana Bean has taken the arts world by storm. The singer/actress made her Broadway debut in the original cast of Hairspray and later starred as the first replacement for Elphaba in Wicked. She recently played Jenna in Waitress on Broadway and released her fourth studio album, Spectrum, which debuted at number one on the Billboard jazz charts. Her debut show at the McCallum on February 4 is called Spectrum: Soulful Standards and will feature this powerhouse vocalist with a 9-piece big band giving a fresh take on songs inspired by the likes of Frank Sinatra, Aretha Franklin and Barbra Streisand.

The luminous Renée Fleming is one of the most acclaimed singers of our time. In 2013, she was awarded America’s highest honor for an artist, the National Medal of Arts. The four-time Grammy Award-winner is also passionate about the central importance of music and the arts in our society. Inspired by the Sound Health initiative she spearheads at the Kennedy Center, Renée has created a presentation called Music and the Mind, which explores the power of music as it relates to health and the brain. Since 2017, Renée has presented Music and the Mind in more than 20 cities across North America, collaborating at each location with leading neuroscientists, researchers and music therapists.

Fleming’s February 12 performance at the McCallum, presented through the generosity of Arlene Schnitzer and Jordan Schnitzer, will feature Gerald Martin Moore on the piano. 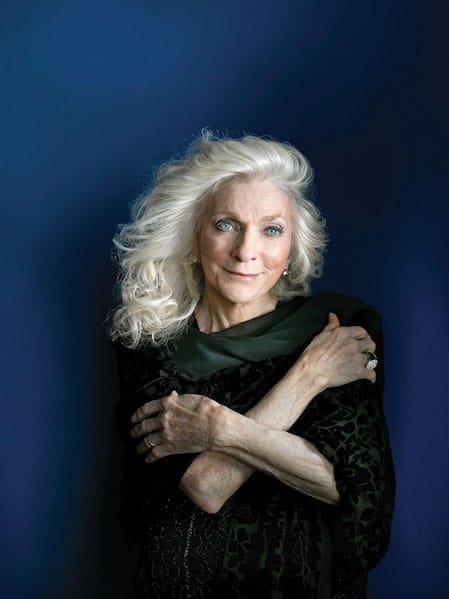 Another national treasure is the one and only Judy Collins, who returns to the McCallum on February 25, along with special guest Kirsten Maxwell, presented through the generosity of Avenida Palm Desert.

Canadian and American audiences alike love it when Burton Cummings takes to the McCallum stage, which he will do again on February 24. A rare artist that transcends time, genres and generations, his body of work continues to resonate with fans both old and new. With Canada’s original rock and roll superstars, The Guess Who, Burton scored an unprecedented string of international hit singles and albums including “These Eyes,” “Laughing,” “No Time,” “American Woman” and more. Striking out on his own in 1976, Cummings continued his winning streak with a gold record for his debut solo single, “Stand Tall,” which was followed by more than a dozen hit singles and albums. He has been described as Canadian rock and roll royalty, a national treasure and a living legend.

Another national treasure is the one and only Judy Collins, who returns to the McCallum on February 25, along with special guest Kirsten Maxwell, presented through the generosity of Avenida Palm Desert. Collins made her first appearance at the McCallum closing out the 1993-94 season. With a career spanning more than 40 years, Collins has been entered into the Grammy’s Hall of Fame, among many other accomplishments. She remains an inspiration to many with her sublime vocals, vulnerable songwriting, personal life triumphs and a firm commitment to social activism. If you only know her renditions of “Both Sides Now” and “Send in the Clowns,” treat yourself to an evening of breathtakingly beautiful and emotive singing. Judy Collins is, quite simply, timeless. 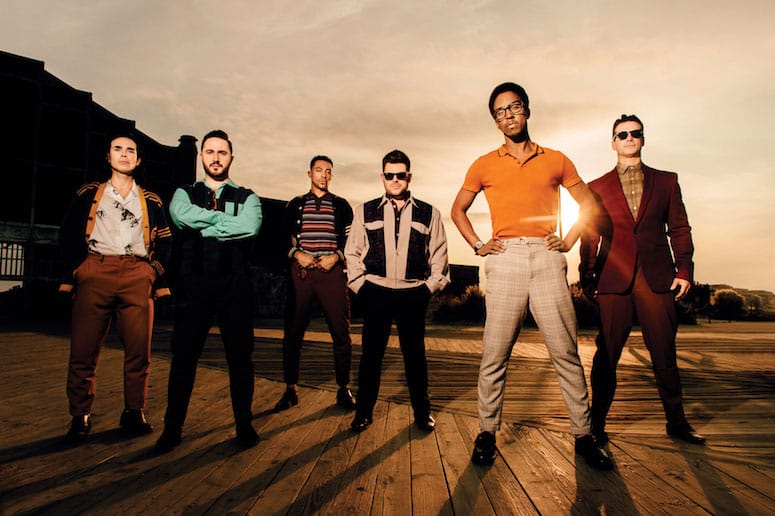 Rounding out February, the McCallum is delighted to present the Valley debut of The Doo Wop Project on Feb. 26, presented through the generosity of the City of Rancho Mirage. Tracing the evolution of Doo Wop from the classic sounds of five guys singing tight harmonies on a street corner to the biggest hits on radio today, The Doo Wop Project takes audiences on a journey that encompasses hits from the 1950s and ’60s all the way to DooWopified versions of modern musicians like Jason Mraz and Maroon 5. The cast starred in such Broadway hits as Jersey Boys, Motown: The Musical and A Bronx Tale and they bring vocal excellence to recreate and reimagine some of the greatest music in American pop and rock history.

If you love the pure unadulterated sounds of the human voice in all of its musical splendor, you have a veritable buffet of options at the McCallum this winter. Pick one, two or more, then lean back and see for yourself why the McCallum is home to a lifetime of singing sensations.

An Evening with Michael Feinstein, Celebrating the Legends of the American Songbook — Feb. 28, 8 p.m.

The Doo Wop Project — Feb. 26, 8 p.m. Presented through the generosity of the City of Rancho Mirage