McCallum Theatre Has Always Felt Like Home to Stage Manager 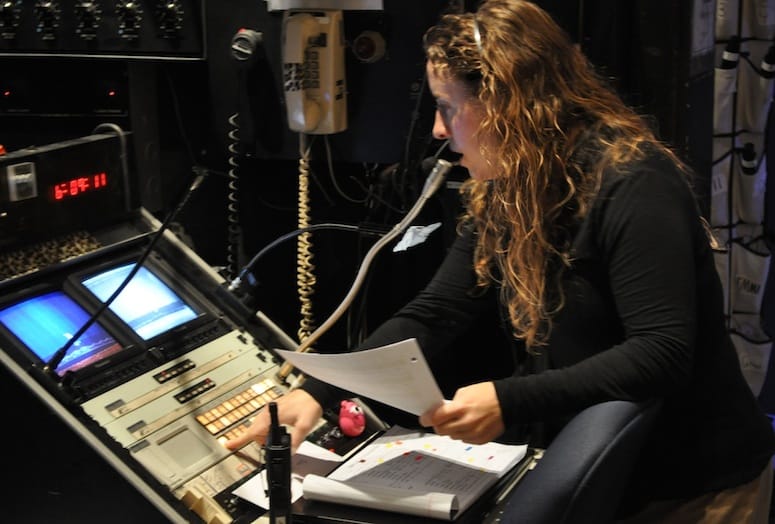 In one of her few roles on the stage, Fookes played a gingerbread girl in the production of “Hansel and Gretel”.

“From the first time I was in here as a child, I wanted to be here,” says Fookes of her experience with Palm Desert Children's Choir. “I didn’t know what I wanted to do, but when that week was over, I didn’t want to leave. The feeling of being here was right. I wanted to be the stage manager, so to be doing that is awesome. I have to remind myself of that sometimes because the hours are grueling. It’s a big commitment. There is a lot of imbalance in this position.”

Fookes has worked at McCallum as stage manager for 16 years, and her friends could probably kid her that she spends a lot of that time in the dark. Back stage with subdued lighting to read a script, Fookes gives stage directions over a headset or internal microphone to the crew.

One of two major productions she oversees each year is Open Call, a local talent show in its 16th season that runs April 17-19. The show incorporates Fookes’ other title as education program coordinator in which she acts as the bridge between College of the Desert’s Education Department and McCallum in running both Open Call and the annual Choreography Festival held in early November. There isn’t a square inch of the theater that Fookes probably doesn’t know. She began by helping with props and then wardrobe, and by high school Fookes was working major productions. One particular show, Shenandoah performed by actor Howard Keel, gave her a crash course of what was ahead of her.

“Their stage manager got sick,” recalls Fookes, a native of Thermal. “The other star of that show says, ‘Joanna can do it.’ I was like, ‘What?’ I knew the show, but being stage manager in a show starring Howard Keel seemed wrong, but I jumped in and staged my first show when I was 16.”

The experienced only convinced her more that this was home.

“I have been in almost every department,” she says. “The staff here has been here much longer than me. We’re a team, but you’ve known them so long, and you are so familiar with everyone’s workings, it’s convenient to be here.” Fookes attended COD, logged an internship at McCallum before finishing her degree in theater and child development at San Diego State. She was hired as assistant stage manager upon her return and as production manager for the McCallum Theatre Institute.

“I could have done anything, but because I was placed in that children’s choir and was part of that production, I am where I am today,” Fookes says. “ I don’t have any special talent. I just happen to be where I was. I was passionate about what was placed in front of me, and had people who believed in me.”

Fookes particularly enjoys the week leading up to Open Call when the finalists have been chosen and she has a chance to interact with them.

“You are contributing to something bigger,” Fookes says. “Not only are we creating art, but because of the education department we can feel good that we are influencing the lives of children on a daily basis.”

VIDEO: Joanna Fookes speaks about her job behind the McCallum Theatre curtain.