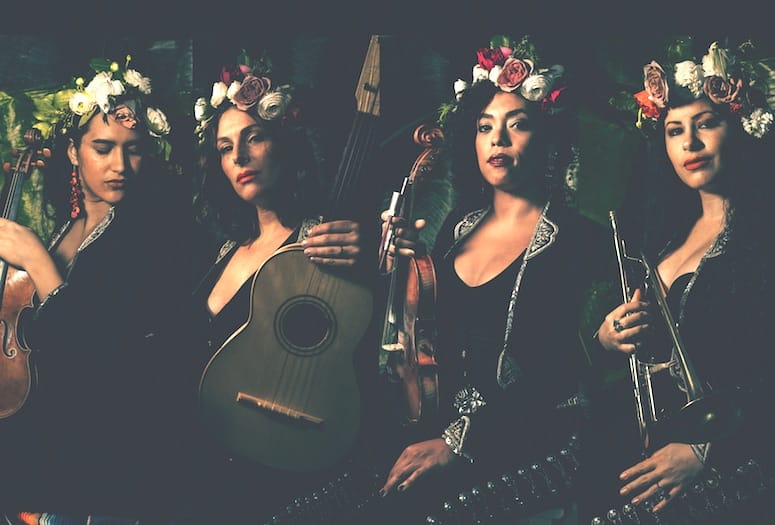 Do you have a favorite style of music? Do you groove to rock ’n’ roll? Does swing make you want to swivel your hips? Or do you prefer the mastery of classical music? The sassiness of jazz? The head banging of heavy metal?

At McCallum Theatre, we suspect most people enjoy a wide range of musical genres, from salsa to hip-hop, polka to EDM, or, for the sake of this story, mariachi to a cappella.

This season, the McCallum Theatre showcases the sound of music in its most expansive variety of formats, including Celtic rock, soulful standards, and virtuosic brass in a series of performances designed to introduce Coachella Valley audiences to emerging talent. Some of these artists may be just under the cultural radar, but they all deliver showstopping performances that inevitably win them new fans every time they take to the stage.

Later in the season, McCallum Theatre will present performances by the Derina Harvey Band, a Celtic rock group with a reputation for a high-energy live show featuring guitars, fiddle, and its lead singer’s commanding voice (Jan. 14, 2020); Broadway powerhouse Shoshana Bean (Wicked, Hairspray, Waitress) bringing a fresh, soulful take to standards, along with her nine-piece big band (Feb. 4, 2020); and Mnozil Brass, a brass septet that has become an international sensation known for blending exceptional technical skill with comic brilliance on par with Monty Python (March 24, 2020, presented through the generosity of Gary and Phyllis Schahet). 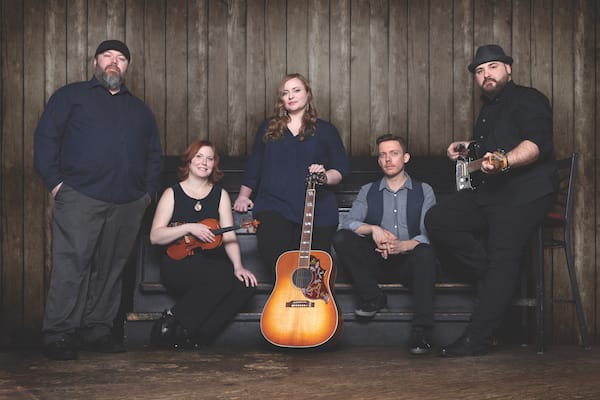 The series kicks off this fall with two great ensembles celebrating the cultural heritage of Mexico and a heavenly, harmonious 11-member a cappella group on the cusp of major stardom.

On Nov. 22, 2019, Mariachi Flor de Toloache and the Villalobos Brothers share a bill for an evening of progressive and traditional mariachi and Mexican folk music that promises masterful arrangements, original compositions, and intricate harmonies that will dazzle McCallum audiences.

Latin Grammy winners Flor de Toloache made New York City history as its first and only all-women mariachi group. Founded in 2008, the group’s members hail from diverse cultural backgrounds, including Mexico, Puerto Rico, the Dominican Republic, Cuba, Australia, Colombia, Germany, Italy, and the United States. The result of what they refer to as a “cultural bouquet” is an edgy, versatile, and fresh take on traditional Mexican music.

The ensemble’s biography states that they “coalesce as would a band of sisters, with a grace and vibrant beauty that casts a spell over their audiences not unlike the legendary toloache flower still being used in Mexico as a love potion.” The group works to preserve centuries-old mariachi traditions with their mélange of the traditional and modern, pushing the boundaries of the genre and bringing mariachi music to new audiences. 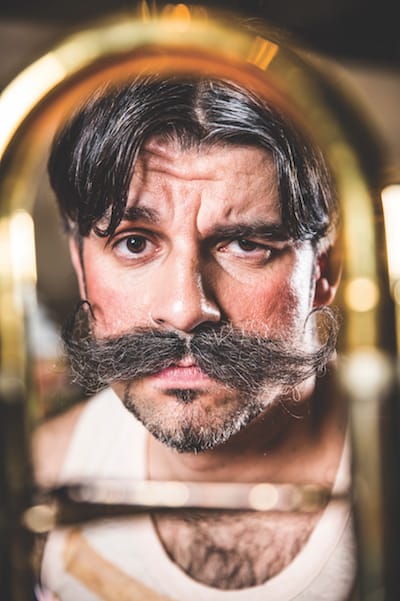 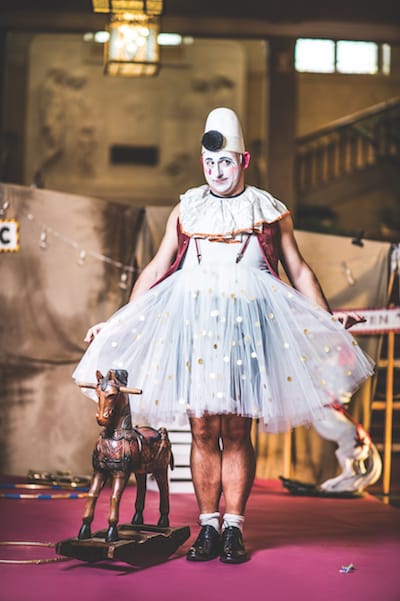 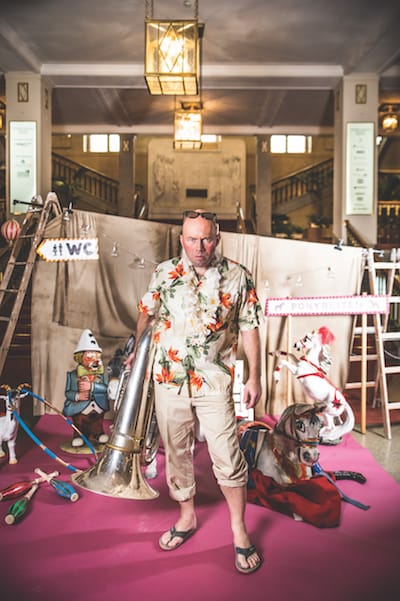 The group has performed on world-renowned stages in Europe, India, and throughout the United States, playing to sold-out audiences in the United Kingdom, Germany, Holland, Italy, and France and appearing at legendary venues such as the Vic Theatre in Chicago; Terminal 5 in New York; 9:30 Club in Washington, D.C.; and Ryman Auditorium (the Grand Ole Opry) in Nashville, Tennessee.

Flor de Toloache consists of Shae Fio on vocals and vihuela, a guitar-shaped string instrument from 15th- and 16th-century Spain, Portugal, and Italy. Fio was born into a family of music makers, with a fierce determination to play music by ear. Influenced by her Cuban and American heritage, she has become a breathtaking live and in-studio performer. Mireya I. Ramos, founder of Flor de Toloache, is a violinist, vocalist, composer, and arranger. She’s Dominican and Mexican descent and was raised in Puerto Rico. Her musical influences range from mariachi to salsa, jazz to hip-hop, and she is always creating a warm and refreshing new sound.

Born in Indiana, trumpeter and electric bassist Jackie Coleman is well trained in a variety of musical styles. She has worked with such artists as Solange, Wu-Tang Clan, and Miguel. Noemi Gasparini is an eclectic musician who thrives on the classical, contemporary, and world music scenes. She is an accomplished violinist and singer and also plays the jarana, a guitar-like string instrument from Mexico. Classically trained in Paris, Gasparini embraces her Mexican-Italian heritage by playing traditional music from Latin America and Europe.

Flor de Toloache’s latest album, Indestructible, was released in May to rave reviews. “Flor de Toloache stuns at the crossroads of fusion and mariachi girl magic,” said NPR’s First Listen. “The album is a testament to the beauty, power, and indestructibility of women and a celebration of one of Mexico’s most enduring, borderless art forms.”

Likewise, the Villalobos Brothers have been acclaimed as one of today’s leading contemporary Mexican ensembles. Their original compositions and arrangements fuse and celebrate the richness of Mexican folk music with the intricate harmonies of jazz and classical music.

The trio of violinists and singer-songwriters hails from Veracruz, Mexico, and is now based in New York City. Ernesto Villalobos, the oldest of the brothers, said they each started as infants, when they were 3 or 4 years old. “My earliest memory is of me being on a stage holding a tiny violin,” he told NPR. “My mom was kneeling down next to me helping me with the bow, and I saw this group of people looking at me, which was my first audience, I guess. I was wearing a diaper.”

The ensemble has delighted audiences throughout Latin America, Russia, and Canada and in more than 30 states across the United States. They have performed at Carnegie Hall, Lincoln Center, the Latin Grammy Awards, the Montreal Jazz Festival, and the Apollo Theatre, among numerous historic stages.

In 2018, the Villalobos Brothers joined forces with Arturo O’Farrill and the Afro Latin Jazz Orchestra for the “Fandango at the Wall” project, which brought together 50 artists for five recording sessions with the goal of uniting the people of the United States and Mexico through music. The sessions resulted in an album, a book on the history of United States/Mexico relations, and a forthcoming documentary. 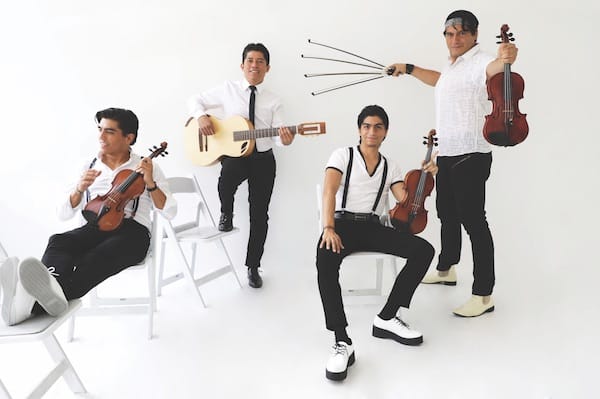 As part of the McCallum’s robust holiday roster, desert audiences will be introduced to an 11-member a cappella group from Central Florida. Voctave will be appearing at the Theatre on Dec. 16, 2019 (presented through the generosity of Harold and Maudella Green).

In just a few short years, Voctave has received more than 100 million views of their videos on Facebook and YouTube. The group has ranked in the Top 25 on Billboard’s charts and has had multiple No. 1 songs and albums on iTunes, Amazon, and Spotify. They are best known for gorgeous performances of Disney and Broadway hits and currently have four albums that are available on digital platforms, including The Spirit of the Season, which, not coincidentally, is the name of their holiday show at the McCallum. 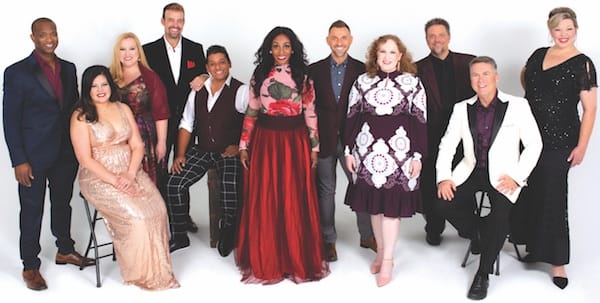 Earning a staggering 93 percent of five-star reviews on Amazon, listeners praise Voctave’s The Spirit of the Season as “musically, spiritually, and emotionally a gem.” “They are good,” wrote one reviewer. “Scary good. You can hear that they really do enjoy singing together. Bravo is hardly enough to express my admiration.” Added another purchaser, “You will find no finer group of singers. Brilliant.”

Voctave is known for arrangements that represent the group’s diverse backgrounds and musical experiences. From gospel music to musical theater, contemporary Christian to barbershop, pop music to choral sounds, Voctave voices have covered it all both in and out of the a cappella realm.

Voctave members have traveled the world, and their cumulative credits include being featured soloists with The Boston Pops, appearing at Lincoln Center and Carnegie Hall, recording for Capitol Records, singing the National Anthem for the Atlanta Braves and President Obama, producing albums for Broadway performers, narrating audio books, and opening for Robin Thicke, among countless other milestones. Most of the singers have and continue to perform with Disney’s a cappella group Voices of Liberty along with other shows at Walt Disney World’s EPCOT Center and Universal Studios.

The McCallum hopes you will do a little due diligence and check out some of these artists online. We think you’ll come away excited to see them live. And if you don’t have the time to do that, throw caution to the wind and come to the McCallum and experience something new.

Maybe you’ll have a different style of music to add to your list of favorites.

Mnozil Brass presented through the generosity of Gary and Phyllis Schahet