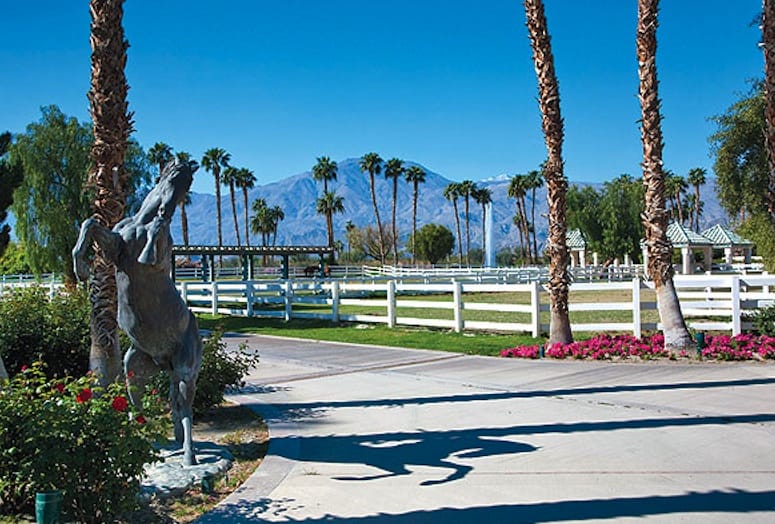 Lennar Homes has reopened homes for sale at Griffin Ranch, once touted by the late talk show host and media mogul, Merv Griffin, as an exclusive equestrian community next to his Moroccan-styled estate, according to a story by The Press Enterprise.

Lennar, based in Florida, is known signed on to manage the rebirth of one of the Coachella Valley’s most luxurious and elegant communities late last year. Griffin Ranch is located at Avenue 54 and Madison in South La Quinta.

Lennar plans to exercise its option to build “estate-like” models on 221 home sites in Griffin Ranch, according to The Press-Enterprise article.

Griffin Ranch is set against the majestic Santa Rosa Mountains and has long been considered one of the most desirable locations for luxury estates in Southern California. The resurgence of the real estate market and the demand for new home construction have created an optimal climate for the rebirth of a project that Merv Griffin foresaw as one of the most upscale in the valley.