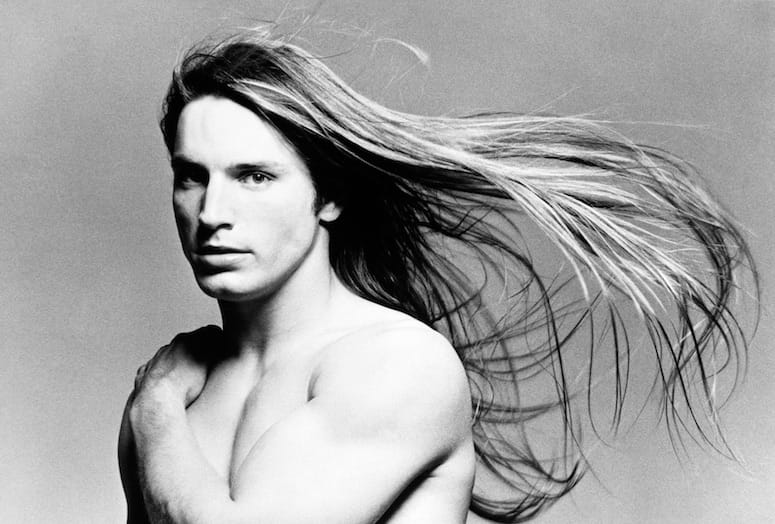 New York, 1968: Andy Warhol’s Factory was buzzing with workers silk-screening his pop-art prints, “superstars” rehearsing lines for the film Flesh, and a fluid cast of writers, musicians, wannabes, hangers-on, addicts, losers, and wide-eyed dreamers. The sex was unabashed, and so was the drug use.

Michael Childers, fresh out of UCLA film school, was there, photographing the scene and becoming an integral part of it. He would win Warhol’s trust and later take portraits of the artist at his New York studio and his Paris apartment.

alm Springs Art Museum brings it all into sharp focus in the exhibition Michael Childers: Having a Ball, which coincides with Andy Warhol: Prints from the Collections of Jordan D. Schnitzer and His Family Foundation, running through May 28.

“The whole scene in New York was centered around Andy Warhol for 15 or 20 years,” says Childers, who launched his own career in the city. “He was an enigma, sort of quiet, but his eyes were scanning around like a computer. He was a voyeur. He loved and collected exhibitionists and prodded them to become outrageous, especially in the films. It was an amazing scene at the Factory, a circus, a fantasy, like Fellini.”

It was fantastic experience for Childers, who found himself a world away from the small towns where he grew up as the son of a Marine Corps colonel who was “always stationed in the middle of nowhere.”

“Movies and magazines were my escape,” he says. “I cut out pictures from all the great photographers.” 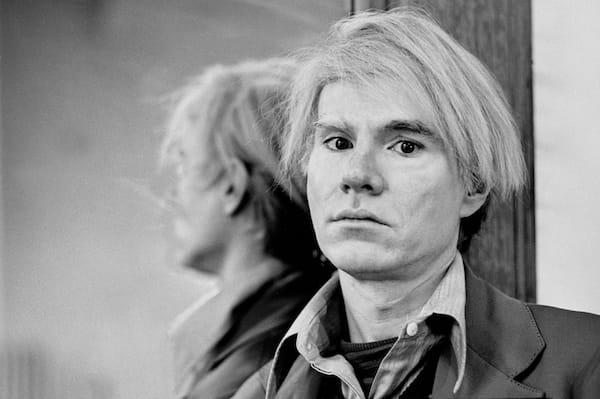 While enrolled at UCLA, he tapped into the techniques of George Hurrell, Richard Avedon, and others while shooting headshots for young actors and musicians, including Richard Gere, Al Pacino, Susan Sarandon, and John Travolta.

He went to New York as an assistant to his new love interest, John Schlesinger, to shoot Midnight Cowboy, which earned the British filmmaker the Academy Award for best director in 1970. Childers’ role was to photograph the actors in action, but he also turned Schlesinger on to the city’s underground culture. They frequented Max’s Kansas City, which was popular with artists, including Warhol and his entourage.

Warhol, Childers recalls, “liked that John was famous and that I took pictures of new, beautiful, rich, and famous people. Andy represented the vortex of cultural energy in New York. He liked young, attractive people.”

The Factory inspired the glitzy, psychedelic party scene in Midnight Cowboy, which includes cameos by several of Warhol’s superstars.
Two of Childers’ most memorable images in the Palm Springs exhibition include the dreamy, bare-chested Joe Dallesandro, with his long, luxurious hair blowing with the help of a wind machine, and Ultra Violet, posing under an American flag blanket on Robert Rauschenberg’s bed beneath Roy Lichtenstein’s Pistol, pointed straight at Childers’ lens. His portraits of superstars Candy Darling and Pat Ast and Factory receptionist Jane Forth are also included. 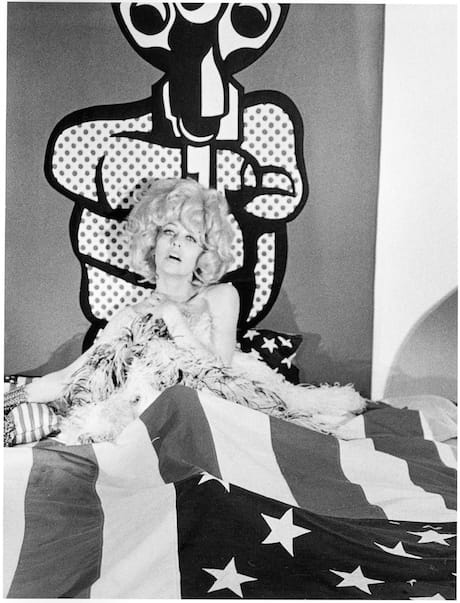 After Midnight Cowboy wrapped, Childers worked on Kenneth Tynan’s groundbreaking and sexually explicit play Oh! Calcutta! and then followed Schlesinger to London, where the director would shoot Sunday Bloody Sunday and Childers would become the first American hired to photograph Sir Laurence Olivier’s National Theatre. Upon Childers’ return to New York two years later, Warhol invited him to be a founding photographer of Interview magazine.

“Andy said, ‘I don’t think we could pay you, but we’d make all your pictures look big and beautiful,’ ” he recalls.

Childers set up a studio across from Studio 54, which he describes as “the Vatican and Sodom and Gomorrah of world nightlife,” and began capitalizing on his access to its elite guests: Jackie Kennedy Onassis, Truman Capote, Gore Vidal, Liza Minnelli, the list goes on.

During this period, he created the two bodies of portraits that make up his popular series The Lost Warhols: the first in the artist’s Union Square studio in 1976; the second in his Paris apartment in 1980. Although Warhol was known for traveling with an entourage, Childers’ photographs capture the artist alone and vulnerable, with facial expressions ranging from thoughtful to anxious. In Andy Warhol in His New York Studio No. 5, the artist is seated, wrapped in an extravagant wolf-fur coat, staring pensively into Childers’ high-angled lens. In No. 1 from the series, Warhol stands in front of a portrait of Dallesandro, his prized superstar. The artist appears focused and serious in No. 4 and either startled or playful in No. 6.

“If I’d known Andy  was going to be so famous, I would  have done a lot more photographs.”Michael Childers

The 1980 photographs are believed to be the only portraits of Warhol shot at his Paris apartment, Childers notes.

The images from The Lost Warhols have become highly sought-after. Childers donated a suite of these portraits to the Andy Warhol Museum in Pittsburgh. In 2002, Fahey/Klein Gallery in Los Angeles included them in the group show I Shot Andy Warhol: Portraits of Andy and the Warhol Scene. A year later many of the shots appeared in a Childers retrospective at Palm Springs Art Museum.

“If I’d known Andy was going to be so famous, I would have done a lot more photographs,” Childers says, conceding he was too immersed in the scene to have any perspective.

In addition to portraits of Warhol and his superstars, Michael Childers: Having a Ball includes 38 black-and-white photographs of participants of a 1975 drag ball in Los Angeles. The Flaming Creatures images capture the spirit of the post-Stonewall/pre-AIDS period of gay liberation in Warholesque fashion.

“It was an amazing time, an extraordinary time,” Childers says, dropping his head with a measure of sadness. “It lasted all too shortly.”