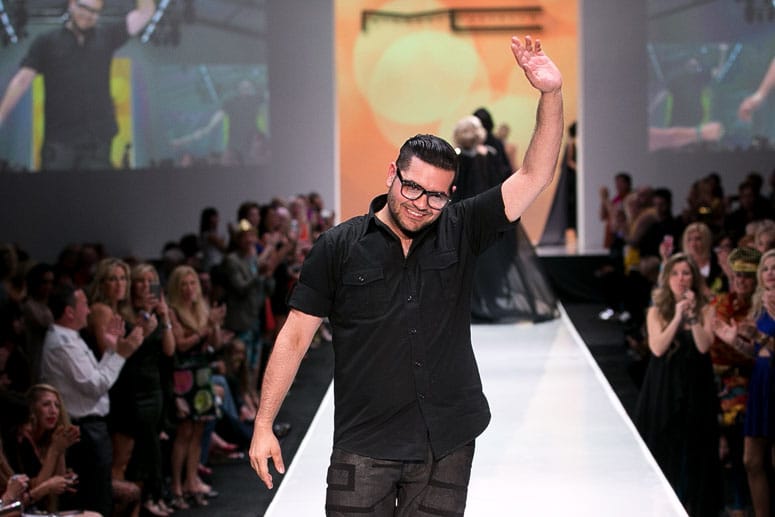 If you’ve lived in the desert for a while and have followed Fashion Week El Paseo, you’ll know we are fortunate to have resident designer Michael Costello among our biggest supporters.
Almost seven years ago Michael and I connected at a local coffeehouse to see if he was ready for a runway show at fashion week. His sketches were creative and haunting for a young designer. His execution was in the developmental process. Michael and I have stayed in touch since then and have shared the runway at many events, and I have sat in the front row of many of his shows that have evolved throughout the years.

I’ve always been impressed with his commitment and love of fashion, but, more important, I have admired the fact that he is such a kind and appreciative human being. He knew he had to earn his credibility as a designer (he started sewing and designing at age 4), and he worked long and hard at that goal. These qualities, as well as his tenacity and talent, won him a spot on Project Runway in 2010 and garnered him universal adoration for his creativity and engaging personality. He also was a finalist that year in Project Runway All Stars, and that’s when our fun began on the Fashion Week El Paseo runway.

His gift to us has been producing shows with many of his Project Runway colleagues. In the last four years we have had more than 23 other alumni of the show on our runway, participating in our Project Runway meet and greet, and taking part in our trunk shows.

This year, Michael will be back with Uli Herzner, Ari for Andy South, Helen Castillo, Viktor Luna, and Irina Shabayeva on March 19. It promises to be an outstanding evening for Fashion Week, and tickets are selling rapidly.

And, in case you haven’t heard, Michael will be débuting his latest collection straight from New York’s Fashion Week runway. This means that you will get to see it all well before Beyoncé has a chance to get her hands on it! (He dressed Bey for the Grammies in a spectacular white lace and nude gown. Although she did not walk the red carpet, she was deemed best dressed of the award season, to date.)

Tickets for the Project Runway show on March 18 may be purchased at fashionweekelpaseo.com