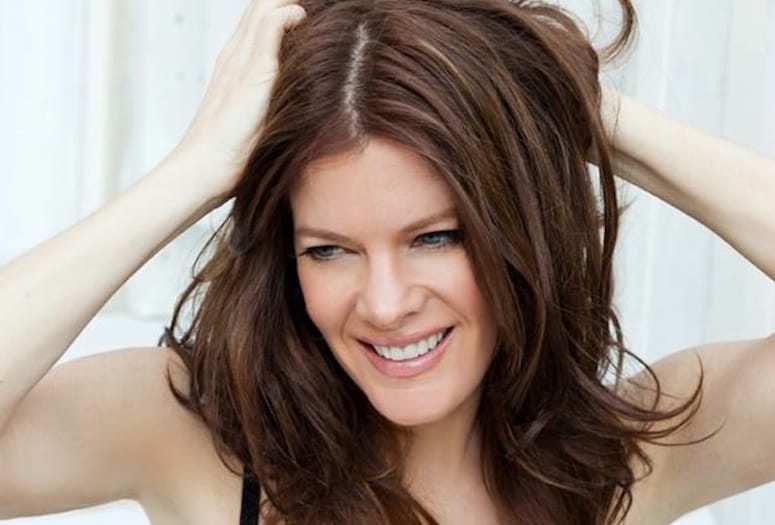 VIDEO: Hear more about The Stafford Project, and Michelle's character on General Hospital.

The plan was there was no plan.

When actress Michelle Stafford (General Hospital, The Young and the Restless) decided to try her hand at developing a show for the Internet only, she really wasn't sure what the reception would be.

With Paige Long and Paige Dorian, they created The Stafford Project (www.thestaffordproject.com) about a single mom raising her daughter while balancing a love life and a job. They shot just two episodes of about 9 minutes each not knowing if the show would have any legs.

The positive reaction surprised Stafford, and fans were quick to post their comments. She saw firsthand how people connected to her message. In Episode 5, Stafford is trying to determine the emotions behind a series of heart emoticons texted to her by a man she is dating.

"I thought I was I'm gonna get killed for this one," Stafford says, "because I say this means that. And it's based on something that really happened. I'm playing a 40-something-old woman and people are going to be, seriously? And people loved it and they got it. They saw themselves in it. What I was trying to say through that episode, I liked him and he's leading me on. It shows how women can get so involved in something, and the man has no idea and doesn't care."

Stafford was in town for last weekend's "Hot as Hell 2" Web Series Fan Fest at the Palm Springs Riviera. She's no stranger to the Coachella Valley. Her mother was raised near Indio, and her grandmother lived in Twentynine Palms.