Ironically, the bird’s early allure to midcentury modernists was its utilitarian nature. It is now purely decorative.
PHOTOGRAPHS BY FREDRIK BRODÉN

Surely you’ve seen them. Those folksy wooden crows or featureless doves, footless and glassy-eyed, perched atop Noguchi coffee tables and George Nelson cabinets, adding a touch of whimsy to the sleek environments carefully curated by a new generation of enthusiasts of midcentury modern design.

If there’s a meme that ironically sums up the decorative philosophy of hipsters, “Put a bird on it!” may be it. Fred Arminsen, star of Portlandia, the sketch comedy show that coined the phrase in order to skewer the obsession with all things avian, noted in an interview with Entertainment Weekly that bird iconography is “shorthand for ‘This is artistic.’ ” His co-star Carrie Brownstein added, “Now that there’s a bird on it, you should put a frame around it.”

No doubt about it, birds are officially “a thing.” But how is it that they came to signify tasteful ornamentation among a generation that fetishizes midcentury modern objects?

It should come as no surprise that it all began with perhaps the most revered designers of the midcentury era, Charles and Ray Eames.

Legend has it that the Eameses acquired a wooden bird decoy on a trip to Appalachia. They displayed their purchase prominently in their home, the much-photographed Eames House in Pacific Palisades, and gave it a starring role in a promotional shoot for their DKR upholstered wire chair that was introduced in 1951.

The design of what has come to be known as the Eames House Bird is widely credited to Charles and Edna Perdew, husband-and-wife folk artists from Henry, Illinois. But the Eameses popularized the bird by juxtaposing it with their own works. Daniel Ostroff, Eames scholar, film producer, curator, and author of books that include 2015’s An Eames Anthology, says the House Bird is in keeping with the designers’ ethos that “something of real usefulness is also really beautiful.” 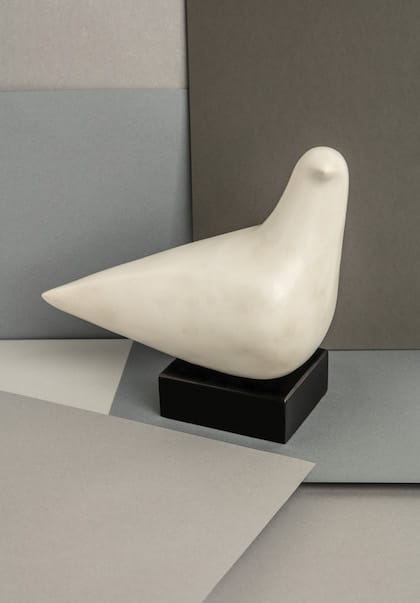 Contrary to popular opinion, the bird craze did not begin because of an episode of Portlandia.

Indeed, the decoys are no mere decorative objects; their unassuming appearance belies a lethal utility. Hunters use them to lure crows, hiding in wait and then blasting away when the real birds alight next to their faux friends.

Ostroff notes that this functionality is precisely what would have appealed to the Eameses and reflects the same concept-based design attitude as the Eames House, which they created as part of the midcentury Case Study House Program. “Many people accurately say that only Charles and Ray followed the brief of the Case Study House Program, which was houses that didn’t cost a lot but would last a long time, for the GIs after World War II,” Ostroff says. “The Eames House is all about its concept.” Likewise, he adds, “the person who was making that crow decoy put all of his energy and effort into fooling crows and made this really nice object, because that’s the only thing he concerned himself with.” 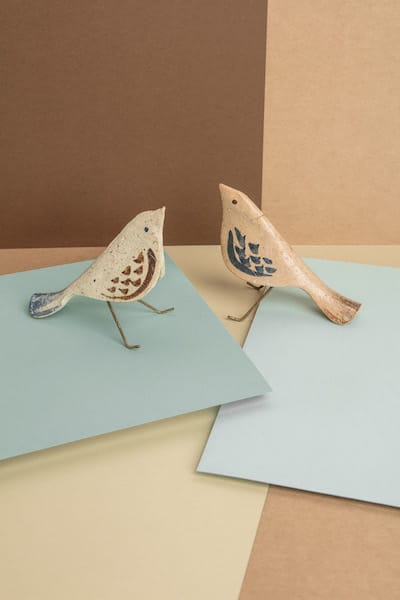 Not all midcentury birds are impressionistic silhouettes as these chirping fellows demonstrate. 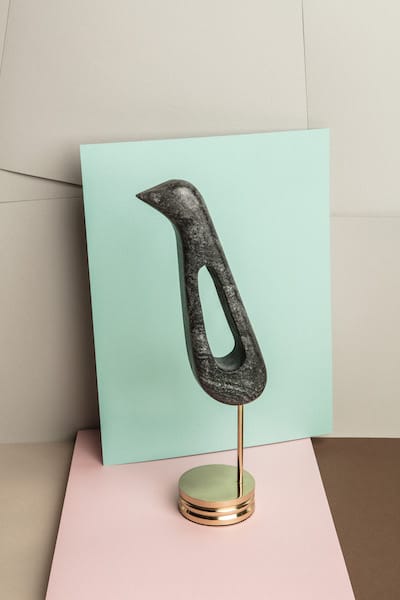 A West Elm bird is even less than minimalist.

There’s an unpretentiousness to the decoys that no doubt charmed the Eameses, the simple joy of an object that does exactly what it’s meant to do — nothing more, nothing less. “The two nicest things Charles and Ray could say about a work was that it was ‘unselfconscious’ and ‘unembarrassed,’ ” Ostroff points out. “That certainly applies to the bird decoy.”

Charles Eames once noted that his house “uses extremely humble materials in a natural and uncontrived way.” It’s the same with the bird. There’s also a pleasing visual contrast between the decoy’s solid, curvaceous black form and the airy, rectilinear Eames House, with its gridlike façade.

Today, reproductions of the Eames House Bird are available via Swiss design house Vitra, which works closely with the Eames family to preserve the designers’ legacy. Vitra’s Eames House Birds, crafted from lacquered alder wood, sell for $250. (As of this writing, there’s an original Perdew-attributed decoy available for sale on 1stdibs for about $1,950.) The classic House Bird is, of course, black, but Vitra is producing a limited-edition white version, with green eyes, as well.

“Take your pleasure seriously,” Charles Eames famously said. Each of your knick-knacks tells a story, so consider with care.