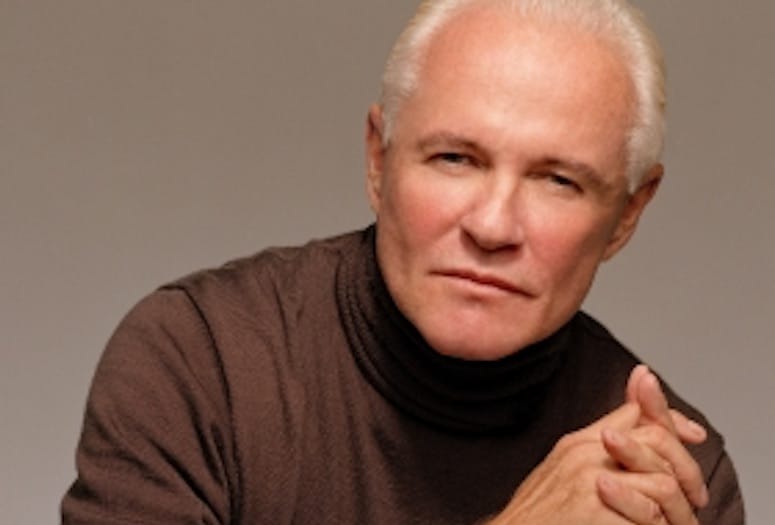 Michael Childers will chat about the making of Midnight Cowboy from the perspective of the on-set photographer during the film's shooting 50 years ago.
PHOTOGRAPH COURTESY PALM SPRINGS LIFE ARCHIVES

The Palm Springs Cultural Center will host a 50th anniversary celebration of Midnight Cowboy on March 2 in the historic Camelot Theatre.

Join Michael Childers for an evening of storytelling about the making of the movie, followed by a special screening of the film and Jon Voight’s rarely seen screen test for the lead role. Peter Bart, former studio executive, film producer, and editor emeritus of Variety magazine, will moderate the discussion. A collection of Childers’ on-set photographs taken during the production of Midnight Cowboy, including some of Andy Warhol’s “superstars” who had cameos in the film, will be hung in the main floor gallery and will remain for a two-week public exhibition.

This multi-Academy Award winning classic, directed by John Schlesinger, is widely considered one of the greatest, ground-breaking American films ever made. Midnight Cowboy tells the story of an unlikely friendship between a young, naive hustler from Texas, played by an unknown Jon Voight, and a desperate, fast talking con man, played by Dustin Hoffman fresh off of his preppy performance in The Graduate.

Midnight Cowboy is the only X-rated film to win the Oscar for Best Picture. The gritty realism of Times Square, the psychedelic Warhol party, the overtly gay sex scenes and violence that all seem mild by today’s standards were shocking and breakthrough for its time. “The opening screenings in Hollywood had a profound impact on the industry and the possibilities of cinema”, says Bart, wh was vice president of Paramount Pictures in 1969.

Amongst its many accolades, the film won Academy Awards for Best Picture, Best Director and Best Adapted Screenplay. It ranks 36th on the American Film Institute’s list of the 100 Greatest Films of All Time.

Childers, legendary world-renowned celebrity photographer and producer, was a production assistant on Midnight Cowboy and partner of the late Schlesinger. Their 37-year relationship began with a blind date set up by mutual friend Kaye Ballard. 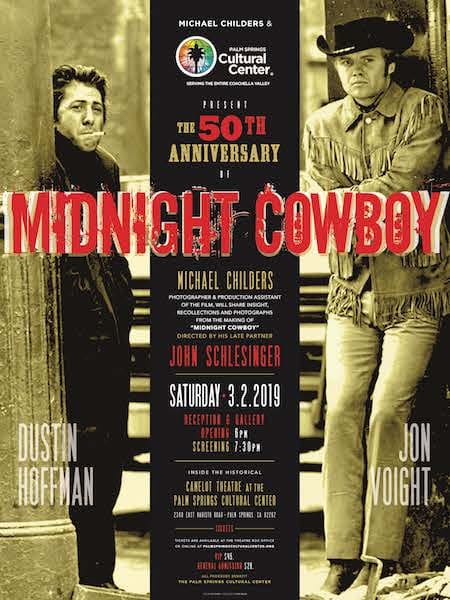