For many years, former Eye on the Desert reporter Mike Hatton interviewed celebrities at local red carpet events. Thanks to his role in director Peter Farrelly’s film Green Book, Hatton will be on the other side of the velvet ropes in January alongside his costars at the 30th annual Palm Springs International Film Festival (PSIFF).

Green Book, which has garnered five Golden Globe nominations and a bevy of critical praise, stars Viggo Mortensen and Mahershala Ali in a 1960s period piece that touches upon bridging the racial divide. As uplifting as it is thought provoking, the movie also captured PSIFF’s coveted Vanguard Award, a group honor distinguishing a film’s cast and director in recognition of their collective work on an exceptional film project.

In the movie, Hatton plays George, a sarcastic bass player in pianist Dr. Don Shirley’s (Mahershala) musical ensemble. He says that it’s been “incredible” to part of the project, which came to him rather serendipitously — Hatton happened to know one of the film’s writers, Nick Vallelonga, who vied for him to get the role.

The Indiana-born talent now resides in the Los Angeles area but lived in the Coachella Valley for six years while working for CBS Local 2; he still owns a home in the desert. Hatton tells Palm Springs Life what it’s like to come full circle with his own celebratory appearance at the festival, one of the most high profile events in the valley.

What’s the most interesting thing you learned on set?

You definitely see a new world. I’ve been in the business a long time — as somebody who has covered the red carpet, you look at the actors and celebrities and you think that they are different than we are. And they’re not. Once you sit down with them and chat with them, you realize that they are people, too.

Did you know how to play the bass prior to the film?

I was a bass player in a rock band in high school. I didn’t play jazz; it was rock ’n’ roll. Nick [Vallelonga] was adamant that there wasn’t a role for me, but then he said, “Wait a minute, can you play the bass?”

How has the Coachella Valley has shaped your creative life?

When I was an entertainment reporter, I got a chance to be up close and personal with celebrities and filmmakers. I saw that the valley really embraced people who were aspiring. I grew up in the Midwest. That’s not the place where you say, “I want to be an actor or a filmmaker.” I actually did the practical thing and got into the news business. But out here, I met a great community that encouraged me to be an actor. People at the film festival and being out and about around town helped. It helps that Palm Springs is Hollywood’s playground because when you say that you want to get into the movie business, people don’t destroy your dreams. 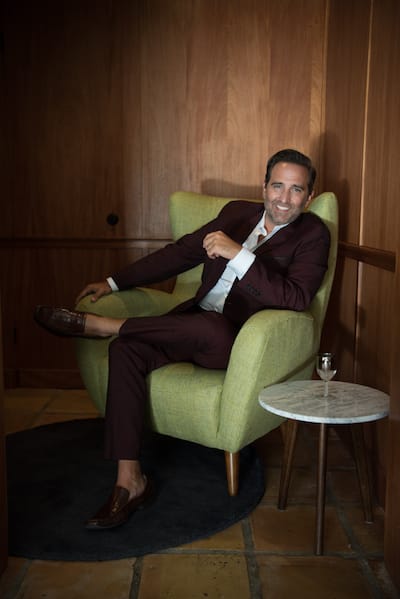 "I love to get into character and pretend to be somebody else."

What was it like to work alongside Viggo Mortensen and Mahershala Ali?

Each of them has different approaches to how they play their characters. I really wanted to learn their processes. Viggo had so much fun with that character. In between takes, he wasn’t Tony Lip — they are nothing like each other, except for their big heart —  but you could always see Tony was there behind the eyes. He could seamlessly flow in and out of character. Marhershala’s process was more intense and meditative. He had to have solitary time.

What most enthralls you about acting?

I love to get into character and pretend to be somebody else. I love filmmaking, too. I write, produce, and direct. Palm Springs gave me that opportunity. On the weekends, we were borrowing cameras from the station to do short films that I would act in or produce or direct.

It’s interesting that Eye on the Desert gave you a glimpse into a lifestyle that you’re now stepping into more fully. 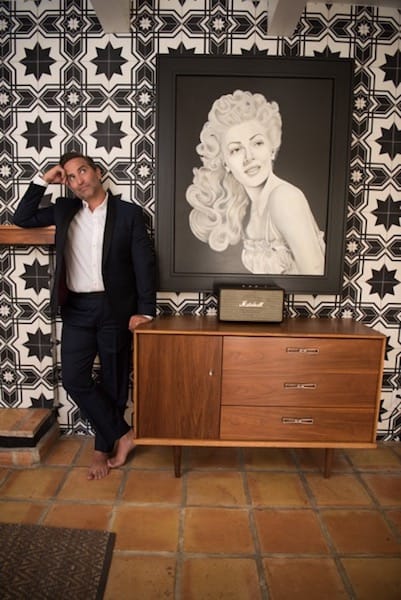 Mike Hatton hangs out at the newly renovated Villa Royale in Palm Springs.