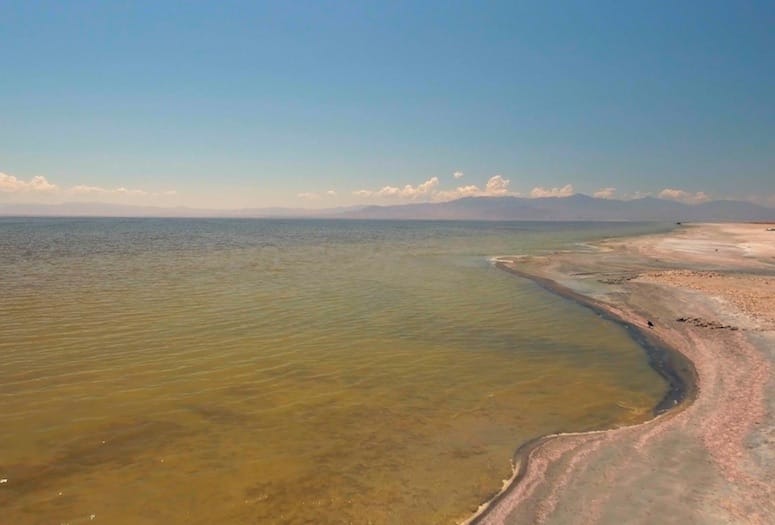 The Salton Sea crisis is examined in a documentary film set to screen this fall in Palm Springs.
PHOTOGRAPHS COURTESY GREG BASSENIAN

Filmmaker Greg Bassenian never set out to direct a riveting documentary about the plight of the Salton Sea. As a screenwriter living in Los Angeles, he had a successful career in television. But one day, while visiting his parents who live in the Coachella Valley, Bassenian decided to take a random road trip to the Imperial Valley. The moment he laid eyes on the beleaguered Salton Sea, something clicked. “I just knew I had to make a documentary about it,” he says.

To be sure, the Salton Sea is rich subject matter with precarious beginnings in the early 1900s. As many locals know, it came into existence after the Colorado River flooded the desert, overtaking the irrigation canals that the California Development Company built. By the 1950s and ’60s, it had become a sporting and nightlife mecca for Hollywood stars.

Today, the Salton Sea is quickly deteriorating into a wasteland with significant fish kills and clouds of toxic dust that threatens the health of millions in Southern California. Bassenian tracks all of that to effective ends in Miracle in the Desert: The Rise and Fall of the Salton Sea, which is currently slated to screen at the American Documentary and Animation Film Festival, Sept. 25-29, in Palm Springs.

It’s interesting how one random road trip led to this.

Over the years I had heard about the Salton Sea but like many people didn’t know a lot about it. The weekend I randomly decided to go there, I went to the North Shore and as the Yacht Club area came around the corner, I saw it for the first time and I was stunned by the sheer size of it, the fact that I had never seen it before, and that there was nobody on the shore. It was striking to me that it appeared as if something occurred here long ago and there was just nothing there now. 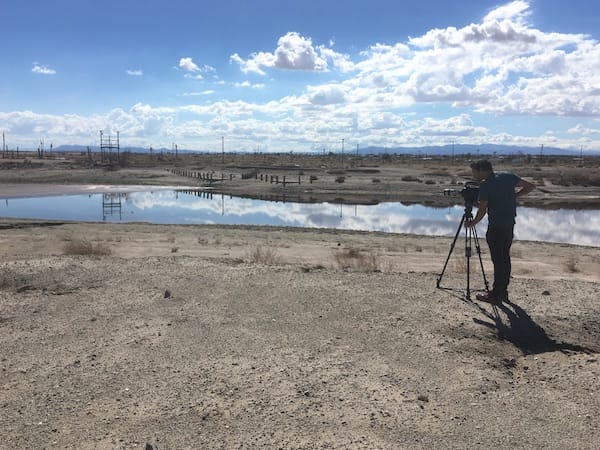 Greg Bassenian stumbled upon the idea of creating a documentary about the Salton Sea while visiting his parents, who live in the Coachella Valley.

I don’t really know why, but I felt inspired to go on this journey and make this film with the hope of understanding what had happened.

So, something pulled you to explore more?

Exactly. My background was not as a director. I was a writer. It was the first time I had gone somewhere and I felt this need to do it. I went back home and researched about what had gone wrong but many of the articles sort of skipped over the early history. They say, “Oh, there was an accident and the sea was formed and then eventually people stopped coming.” The burning question for me was: What happened to create it and more importantly, why did people leave?

What surprised you most with your research?

The early history, which was the flood that created the Salton Sea and the series of events that led to it. It was baffling to me. One of the things that I could have done more was delineate in the film with a little more detail the politics that were going on initially in terms of building this canal in the desert in 1905. At one point, the president of the United States and the railroad got involved. It was shocking that this whole thing happened but I couldn’t find anybody who could talk about it in great detail. I was intent on illuminating that period of history for people. 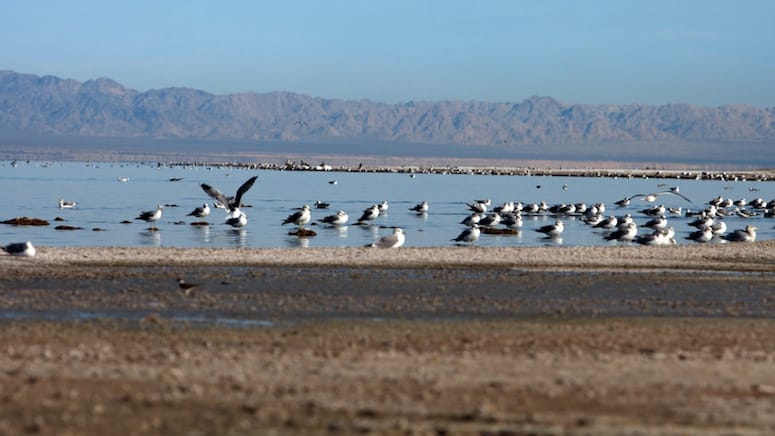 "...the birds don’t use it as a stopover point and there are very few wetlands left for birds. Millions of birds used to come to the Salton Sea for food, for habitat."

And how about now? What is the most vital thing you learned, and perhaps we all need to be aware of, of the Salton Sea today?

The speed in which it’s going to start drying up. I think there’s a lack of awareness about how quickly it’s going to happen. One of the issues is the ramifications of the playa being exposed and the scale of the dust pollution off of that that could happen.

People are not aware of what’s at stake, particularly the particulate matter that will be blowing into the atmosphere. That will increase the respiratory issues throughout the area — Imperial Valley, Coachella Valley, and potentially the broader basin of Southern California. But as we just saw in the recent news cycle, dust from Africa got to Florida. Both Imperial and Coachella Valleys have high asthma rates, in general. This can exacerbate the air quality. The other thing is the Salton Sea is a huge eco system for millions of animals and fish and the fish have already gone away to a certain extent because of the salinity of the water, so as the Salton Sea dries up and fish have gone away, the birds don’t use it as a stopover point and there are very few wetlands left for birds. Millions of birds used to come to the Salton Sea for food, for habitat. It’s a huge environmental disaster. The other thing that people may not realize is that because it’s a large body of water, it cools off the Valley, just as the ocean cools off the land.

What was the most challenging aspect of creating the documentary?

Finding and talking to the right people who understood the story, particularly in the early years. The other challenge was that it was so hot to shoot in the summer that the cameras would just turn off. But this was also new for me as a first-time filmmaker shooting it on his own. I had a very small budget and I was out there shooting and learning at the same time, so I was challenged by the cinematography.

What does the Salton Sea mean to you personally now?

It’s very much a symbol of change and transformation. I’ve learned about it so much and I’ve come to really love it. It’s heartbreaking to me to hear about the projects that are in the works to restore it, which are getting delayed. 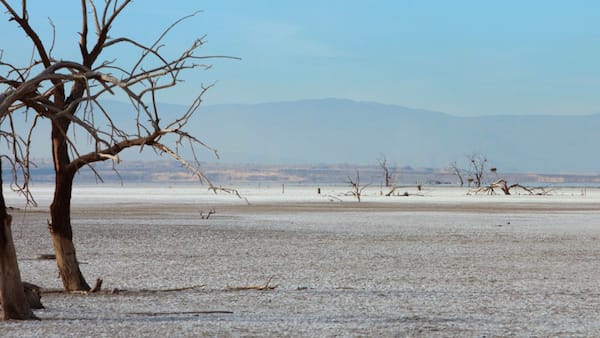 Unfortunately, the pandemic has slowed things down in terms of progress even more. Things tend to move slowly at the Salton Sea and now, it’s even slower. That worries me.

What’s one vital thing that needs to happen right away?

A few mitigation projects need to be completed around the shoreline. One of the major ones at the southern end, The Ray Hill Bay Restoration Project, has been going on since I started filming several years ago. They were going to flood that area with shallow water to stop the dust from being kicked up but that’s been stalled and it’s four years later. In the film, we also show a canal community that has dried out and a grassroots project to help with that has been going on for four years as well, but it’s not done — it’s red water and unbelievable. Overall, there really needs to be more awareness so that people understand what is happening.

For more information on the American Documentary and Animation Film Festival, visit amdocfilmfest.com.

For information on how to support the film and to view a short trailer, visit kickstarter.com.

• READ NEXT: Get Your Coachella Valley Art Fix.