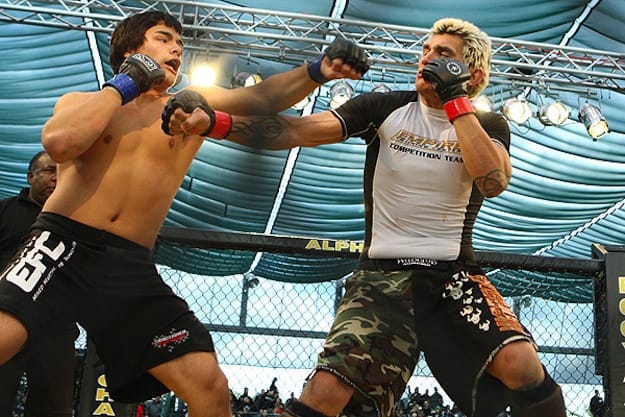 Time for a little home cooking.

The Coachella Valley will have a chance to support some hometown competitors at the July 20 Mixed Martial Arts (MMA) Up and Comers (UPC) event at Agua Caliente Resort and Spa in Rancho Mirage.

“Jaime has what it takes to elevate to the next level,” says UPC President and event promoter Jason Weiner.

According to Weiner, Kevin Luke "Cub" Swanson currently signed with the Ultimate Fighting Championship (UFC), the sport’s governing body, trains with Sierra.  Swanson is world ranked in the Featherweight category and trains at TRU MMA studio in Indio, which he owns.

Mixed Martial Arts combine various martial arts techniques with traditional boxing and wrestling, and requires athletes to train in multiple disciplines to achieve success in the sport. Known as Ultimate Fighting, the matches can be characterized as chess matches maintaining physical strength while implementing strategy to combat different challenges.

“There is a strong Asian influence that emphasizes respect and honor,” Weiner said. “Athletes represent the code making MMA more than just hitting a punching bag and jumping rope. Very rarely do you see poor sportsmanship and curious sports fans of any kind who have not seen a Mixed Martial Arts match will be surprised.“

The Main Event will feature Manny Murillo (5-1) of Temecula taking on Chris Honeycutt (2-0) of Fresno for the UPC Middleweight Championship. Honeycutt is considered one of the top 10 prospects in the country with Weiner adding, “this will be an unbelievable match.”

Weiner is excited to involve local fighters in this event.

“It’s wonderful to be working with Agua Caliente Casino Resort Spa and everyone involved locally,” Weiner says. “It is a first-class facility for a first-class event, and the perfect venue to enable me to create an environment for athletes to compete in.”

Tickets can be purchased at startickets.com starting at $30 each. The fight card is subject to change.