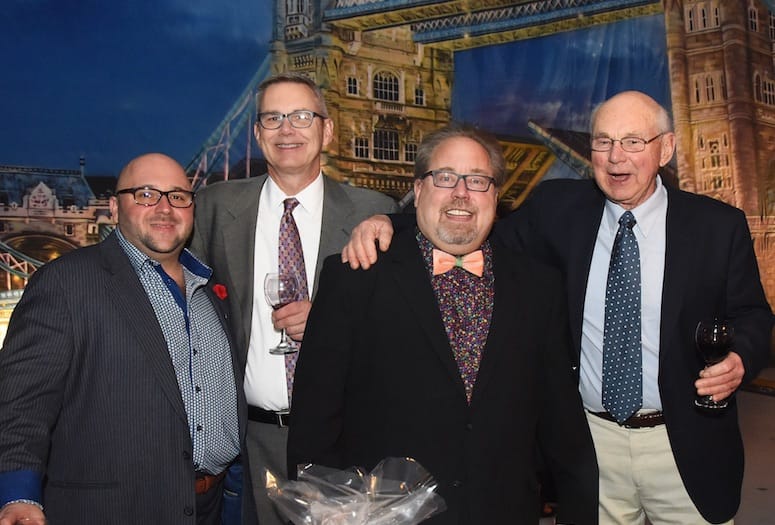 The Palm Springs Air Museum was transformed into the London Palladium for the 13th annual Stars Among Us Gala to benefit the Mizell Senior Center’s Meals on Wheels program for the Coachella Valley, which last year delivered 120,000+ meals to homebound seniors from Whitewater to the Salton Sea. The night commemorated a Michael Jackson performance at the venerable venue.

Guests arrived in majestic style, welcomed by an ersatz Queen, her butler, and the Royal Guard. A themed cocktail hour and silent auction were presented in a mural-clad room that depicted the streets of London.

Jalles Franco of the Las Vegas Jackson tribute group MJ Live! delivered his impersonation of the late superstar and his music. Taylor Dayne, one of the defining acts of the dance pop era, best known for her hit “Tell It to My Heart,” opened the show.

The presenting sponsor was Eisenhower Health; the producing sponsors were Palm Springs Disposal Services and Wintec Energy; the entertainment sponsor was Patti and Jack Grundhofer; and dinner sponsors were Desert Regional Medical Center and the Grace Helen Spearman Foundation.