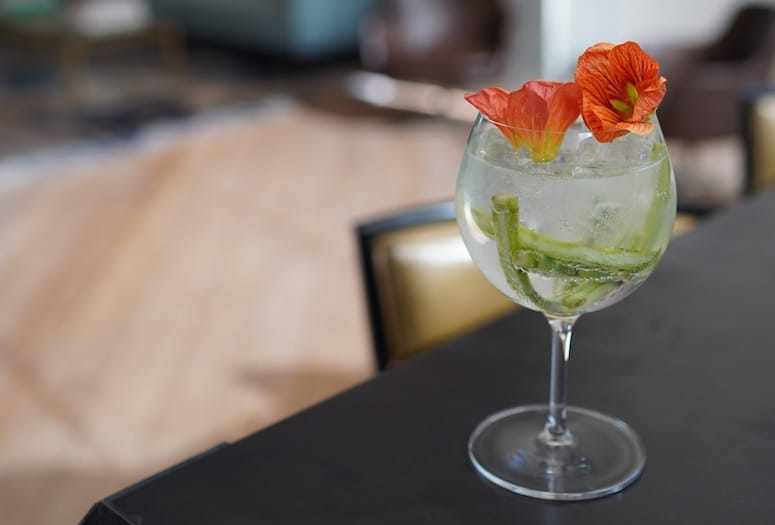 The crew at the Kimpton Rowan Palm Springs mix Garden 108 with tonic water and finish it with a sprig of fresh thyme or rosemary for a play on a proper gin and tonic.
PHOTOGRAPH COURTESY KIMPTON ROWAN PALM SPRINGS

Cocktail culture has been synonymous with Palm Springs since the Rat Pack era. While desert dwellers still love icy martinis before dinner, pretty pitchers of margaritas by the pool, and rosé, well, all day, it turns out the burgeoning trend of not imbibing is growing, with nearly half of American adults looking to cut back on the booze, according to market-research firm Nielsen.

Whether it’s for a Dry January challenge, a full-on lifestyle change, or just something the “sober curious” (yes, that’s a thing) want to temporarily test out, more bar programs are paying attention to the non-drinking contingent and rolling out booze-free mocktail offerings that are much more palatable than a Shirley Temple.

“We actually receive a good amount of requests for a mocktail,” says Mary Valdez, lead bartender at the Kimpton Rowan hotel. “There are pregnant women, people who aren’t drinking at all or people who have been at the pool for a few hours and say, ‘Nah let’s do something yummy but without alcohol,’ because they’ve already had a few.”

Valdez says the Kimpton brand has been addressing the evolution at properties around the country, adding spirit-free mocktail sections to many of its menus, including at the Rowan’s bars in the lobby and at the 4 Saints rooftstop restaurant.

“When you have an elevated cocktail menu, I think people expect you to be creative,” Valdez says. “We take some of concentrated spirits or shrubs and turn them into something delicious.” The Gypsy Dancer, for example, is based around a zippy vinegar-based shrub of pineapple, cilantro, and, jalapeno blended with citrus and soda water and served over crushed ice.

Other bars around town are also firmly aboard the booze-free bandwagon. Palm Springs tiki bar The Reef offers a smattering of “Even Keel” drinks meant to mimic its tropical-style tipplers — minus the rum. State Fare Bar & Kitchen at the Ritz-Carlton, Rancho Mirage offers an alcohol-free Refreshers section featuring a rosemary sparkling lemonade and pomegranate spritz.

The latest addition to the booze-free revolution is the creation of non-alcoholic distilled spirits, led by British brand Seedlip, which currently produces an array of all-natural offerings, including one dubbed Garden 108, infused with the extracts of various herbs, lemon hops, and greens peas, giving it a boost of botanical notes

Valdez and her crew at the Rowan mix Garden 108 with tonic water and finish it with a sprig of fresh thyme or rosemary for a play on a proper gin and tonic. It’s a long way from the days of grenadine and 7 Up. “People definitely are not looking for that anymore” she says. “They want fresh ingredients and drinks that aren’t full of sugar.” 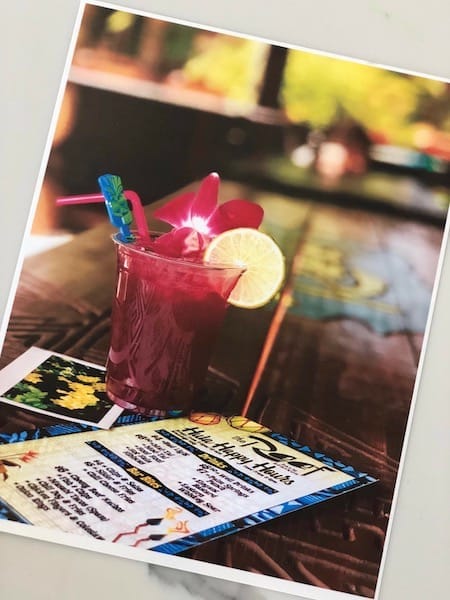 This ruby-red mocktail is made with clement-spiced syrup, pineapple, hibiscus syrup, lime and soda.to mimic its tropical-style tipplers — minus the rum.