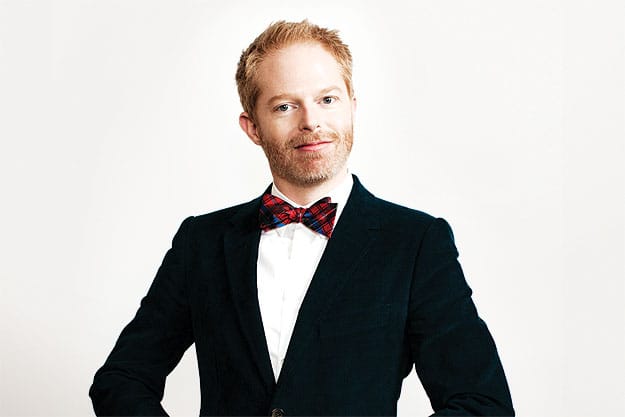 Attendees at the Steve Chase Humanitarian Awards on Feb. 9 should take particular note of host Jesse Tyler Ferguson’s bow tie. In November, the Modern Family star and his fiance, Justin Mikita, launched their collection of silk bow ties at TheTieBar.com, with all proceeds benefiting gay rights charities. A week later, Ferguson said four of the first 20 styles were on back order. Ferguson — who plays a gay man on one of TV’s most popular shows and has made promotional videos for AIDS walks and to advocate for gay marriage — was the natural choice to host Desert AIDS Project’s main fundraiser. “It’s a great platform to be an actor on a television show that so many people love that any time I can use my voice or celebrity for great projects, it’s a true honor,” he says.

Do you frequent Palm Springs?

We try and come a few times a year. Usually, we end up staying at the Parker [Palm Springs]. I can’t stay anywhere else. We hang out on the grounds, but try to find different restaurants. There’s always good Mexican food on the main strip [Palm Canyon Drive in Palm Springs].

Has working together on the tie collection affected the relationship between you and Justin?

You definitely have to use a different set of muscles when you are on the business side of a relationship. But we are really good about talking business. We won’t talk about business all night. We are also very passionate about our [Tie the Knot] foundation, so we are excited about new ideas we have. It’s actually made us a lot closer.

Do you think Modern Family, in which you and Eric Stonestreet play a gay couple, has changed minds about gay marriage?

I think it serves as a cultural touchstone. We are not a show that has a political agenda; we are not trying to hit everyone over the head with gay marriage. There are people who aren’t comfortable that [their characters] Cam and Mitchell can’t marry. They think, “I want Cam and Mitchell to be happy.”

Greater Palm Springs has a strong gay population. Have you thought of buying a place here — or coming here for your honeymoon?

It’s no great surprise that I have alabaster skin, and the desert is not the greatest place for me to spend a lot of time. I think it certainly is a great destination. It would be a great place to honeymoon.

You are very funny as a guest judge on So You Think You Can Dance, and your rendition of Lady Gaga’s “Alejandro” on YouTube is a hoot. Tell us about your serious side.

I can get stressed out very easily. When I am passionate about something, I want it to go well. I try not to take things too seriously. At the same time, I am a professional, and a lot of people rely on me to get things done.

Modern Family star Jesse Tyler Ferguson will host the Steve Chase Humanitarian Awards on Feb. 9, but the event’s honorees — Annette Bloch, Julian diCiurcio, and Lorna Luft — will be the talk of the town.

Bloch will receive the 100 Women Award, sponsored by Desert Regional Medical Center, for her $1 million gift to create the Annette Bloch Cancer Care Center at Desert AIDS Project, the event’s beneficiary. She also sponsors the Partners in Activism Award, which will go to diCiurcio, who has labored more than 7,000 volunteer hours for DAP and served on its Care Team for 13 years. Luft will receive the Community Service Award.