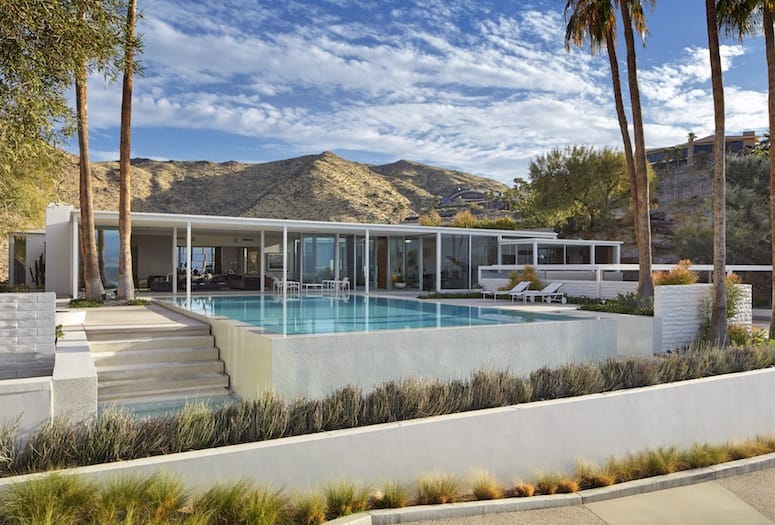 The Southridge Glass House designed by William Cody in 1963 is part of the Signature Home Tour Video Series.
PHOTOGRAPH BY JAMES HAEFNER

Ticket prices will range from $15-$45 per event, with a few free documentary film screenings. The pricing allows for one household with one viewing device to participate. Here are some of the featured programs offered in February: 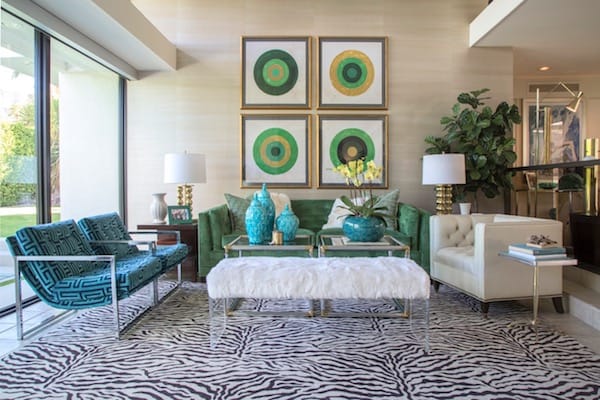 PHOTOGRAPH BY BETHANY NAUERT
The living room of a Richard Sackley designed home.

Architectural Driving Tour of Palm Springs, $45
This fun and informative “top down” architectural tour of Palm Springs is conducted from a 1966 convertible Mustang. This one-of-a-kind touring adventure around the neighborhoods of Palm Springs takes one of the top tour guides from the Premier Double-Decker Architectural Tour bus and puts him behind the wheel to give you a private tour. As he explores the city, he will also go inside some of the most beautiful and exclusive homes designed by the Desert Modernist architects who lived and worked in Palm Springs.

Hollywood Revisited Online Musical Extravaganza $25
Hollywood Revisited sold out three consecutive years at Modernism Week, and now as a special online experience, everyone can see the show. From the 1930s to the 1960s, Hollywood film directors demanded spectacular costumes and studios hired the biggest designers and fashion icons to bring to life the glitz and the glamour that moviegoers expected. Collector Greg Schreiner assembled a stunning collection of more than 300 original designer masterpieces and shares his collection while acclaimed vocalists sing and dance to movie-related music while wearing the original costumes. 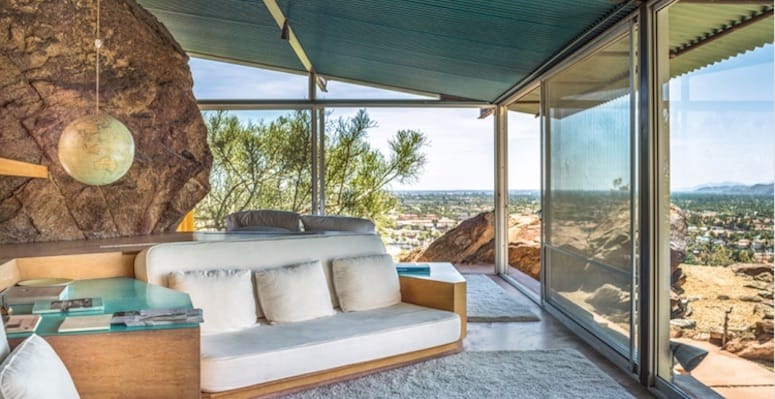 PHOTOGRAPH COURTESY DESIGN ON REACH
The interior of Frey House 2 in Palm Springs.

Albert Frey - Part 1: The Architectural Envoy, $10
Albert Frey- Part 2: The Architectural Interpreter, $10
These two films reveal the mystique of Albert Frey, an influential architectural master who helped bring modernism to the United States. Part 1 explores Frey’s early life and work in Europe, his immigration to America, and his architectural accomplishments in New York in the 1930s, including the design and exhibition of the Aluminaire House. Part 2 explores his Southern California period from 1939 until 1998, where Frey created a new desert modernism, where 11 of his many structures built in the desert communities are now listed in the National Register of Historic Places.

The 1931 Aluminaire House Comes to Palm Springs, $15
This film tells the story of the Aluminaire House, influenced by Albert Frey’s time in Paris with the great architect, Le Corbusier, and designed by Frey and A. Lawrence Kocher. It begins when Aluminaire was designed for a 1931 exhibition in New York City, and follows its convoluted history as it was relocated to the grounds of Wallace Harrison’s Long Island, NY estate, and ends with it finding a permanent location on the grounds of the Palm Springs Art Museum.

Neutra - Survival Through Design, $10
This is a comprehensive documentary encompassing the 125-year life, work and times of Architect Richard Neutra, a legacy which continues today through his son Dion Neutra.

Landis Gores In New Canaan: An Architect’s Story, $15
Landis Gores is one of "The Harvard Five" architects who settled in New Canaan in the 1940s. This presentation explores his career, family life and his unique vision with those who knew him best. 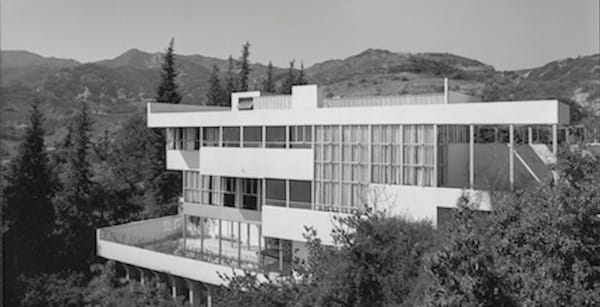 From Neutra - Survival Through Design.

Modern New Canaan - Evolution of Design: Bauhaus| Harvard GSD| New Canaan, $15
Discover how the town of New Canaan became a center of midcentury modern architecture, including a visit to three of New Canaan's most iconic houses and the homeowners who cherish them.

Moshe Safdie and Frank Lloyd Wright at Crystal Bridges Museum, $15
This new film was created for Modernism Week by curators at the famed Crystal Bridges Museum (opened in 2011 by founder, Alice Walton, in Bentonville, Arkansas). It looks at the breathtaking architecture and natural setting of the museum, designed by architect Moshe Safdie. Frank Lloyd Wright’s Bachman-Wilson House which was meticulously reconstructed on museum grounds; and Buckminster Fuller’s Fly’s Eye Dome, and interior spaces by Marlon Blackwell.

Introducing Rudolph Michael Schindler, Architect, $15
This film by architect Josh Gorrell includes key examples (all filmed on location) of Rudolph Schindler’s career, used to demonstrate his evolving design work from the 1920s to the 1940s.

“The Desert Modernists Video Series with Alan Hess,” $45
Modernism Week introduces a new series highlighting the Desert Modernists, the midcentury architects who envisioned Palm Springs. In this video series, Alan Hess, author, architect, and Modernism Week Board of Directors member, will give three brief, capsule presentations on a select group of the most revered Desert Modern architects from the midcentury period. In this series premiere, Hess will discuss the “Introduction to Desert Modern,'' followed by two architect highlight episodes: one profiling Albert Frey, and the other William F. Cody. Historical images and on-site touring and exploration will provide an expert's crash-course on Desert Modern architecture, inspiring viewers to learn more.

Charles Phoenix Retro Disneyland, $45
With unbridled enthusiasm and keen expertise, Charles Phoenix lavishes commentary on spectacular Kodachrome slides taken at the granddaddy in the 50s and 60s. Get the backstories and glories of Main Street USA, Adventureland, Fantasyland, Frontierland and Tomorrowland. Experience long-gone attractions, including the Phantom Boats, Flying Saucers, People Mover, Carousel of Progress, the original Tomorrowland when it was promoted as ‘The World of 1986,’ and the all-new Tomorrowland of 1967 and more. 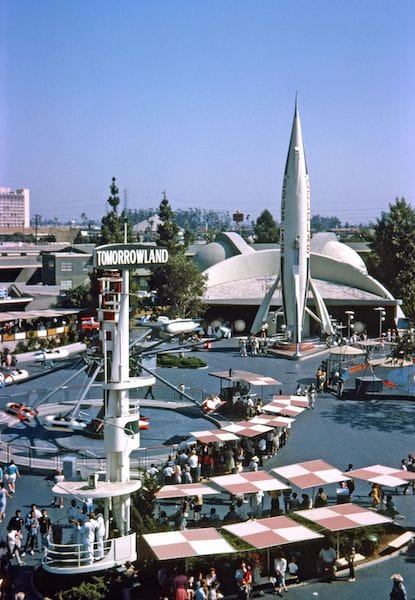 Charles Phoenix take a look back at Disneyland's Tomorrowland.

Mod With A Twist, $15
These newly recorded talks feature audience favorites of some of the best Mod with a TWIST from previous programs, presented by the wacky founders of Makerville. Join Jay Zaltzman, Kurt Cyr, Debra and Richard Hovel for an enjoyable "think and drink" event. Topics include "West Coast Cool: the intersection of architecture and music in California," "What Do We Hate Now: the fickle nature of architectural adoration," "Revered and Reviled: Why do we worship the architecture of the midcentury but disdain the food?," and finally, "Naked History: The true history of naked hermits, waterfalls and hit songs written in Palm Springs.”

Broken Glass – Edith Farnsworth and Mies van der Rohe, $15
Filmed on location at the famed Farnsworth House, author Alex Beam tells the story of the flawed architect-client relationship that led to one of the greatest architectural masterpieces of the 20th century.

Fast Forward - Part 1 (encore performance) $25
Fast Forward - Part 2 (new) $35
Fast Forward 2 is a conference designed to bring together architects, designers, educators, community members, preservationists, and architecture buffs to discuss the future of architecture and urban planning in the greater Palm Springs area. These conferences are organized and sponsored by the Palm Springs Architectural Alliance and dedicated to the goal of helping the city government, architects and developers to work together to design buildings that will be worthy of celebrating 50 years from now.

Regarding Paul R. Williams, $15
A conversation with architecture historian Alan Hess and photographer Janna Ireland on her experience and insights photographing African-American architect Paul R. Williams’ work for her new book, providing a fresh and contemporary context in black and white photographs. Filmed in a Paul R Williams residence in L.A.

Modern In The Middle - Chicago Houses 1929-1975, $15
Fans of mid-20th century modernism, especially as it took shape in the Midwest, will want to view this talk that explores how Chicago and its suburbs played a pivotal but overlooked role in developing the modern single-family house. Several Frank Lloyd Wright and Mies van der Rohe houses are featured, but the talk covers less familiar gems and briefly delves into the history of the house, the architect, the client, and even the house’s current condition.

Tour of Tony Duquette's Dawnridge Estate with Hutton Wilkinson, $15
Explore Dawnridge, the legendary home of designer Tony Duquette with Hutton Wilkinson and Jaime Rummerfield. Located in Beverly Hills, Dawnridge is one of the most creatively designed and eccentric homes in America. A bohemian wonderland from top to bottom, the house was designed by architect Casper Ehmcke and built in 1949 by Duquette and his wife, Elizabeth. Over the decades the Duquettes transformed it into a multi-structure compound with sprawling gardens. 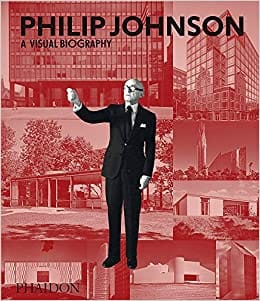 Richard Neutra's 1929 Lovell Health House, $15
Architect Josh Gorrell takes participants on an up-close tour of one of largest residences designed by Richard Neutra, a house with iconic worldwide status and represents Neutra’s best work. Built in 1929 in the then remote hills of the Los Feliz area of Los Angeles, the sleek international style stucco and metal house was designed for the physician and naturopath, Dr. Philip Lovell, hence the name Health House. The house was featured in the film ‘L.A. Confidential.”