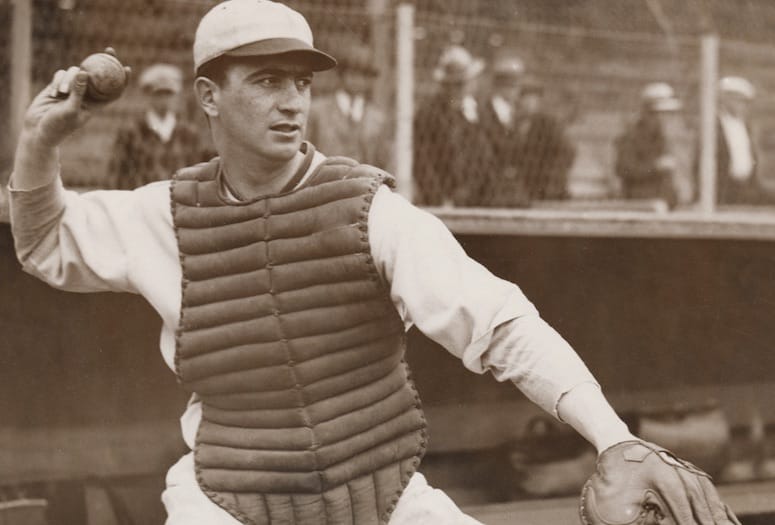 Moe Berg played for 15 years in the major leagues in the Babe Ruth era, and then became a spy during World War II.
PHOTOGRAPHS COURTESY AVIVA KEMPNER

It borders on irony that Moe Berg, a man who cherished privacy and secrecy so much that he once turned down the Presidential Medal of Freedom, has had two movies made about him.

The Hollywood dramatized version, which was out much of last year, was titled The Catcher Was a Spy. The documentary, The Spy Behind Home Plate, created by award-winning writer-director-producer Aviva Kempner and devoid of the usual Hollywood embellishments, was recently completed and will be in Southern California in early June, with a showing at the Palm Desert 10 Cinemas on June 14.

The best stories stem from incongruity.

Berg was a major league baseball catcher who spoke 10 languages, including Sanskrit. He had a college degree from Princeton and a law degree from Columbia — not your usual schooling for an athletic position that takes pride in wearing equipment affectionately known as “the tools of ignorance.” He was also Jewish, which was not the norm in baseball in those days. Nor in these.

He was also good, staying around for 15 years in the major leagues in the Babe Ruth era, carrying a reputation at the time as the best defensive catcher in the game and also turning in a career batting average of .243. If a catcher carries those credentials these days, he weighs eight-figure offers. Berg played both for the love of the game and to pay for his schooling.

And then Berg became a spy during World War II, working for the United States Office of Strategic Services (OSS).

A promotional pitch on the documentary sums Berg up perfectly. It says: He played for five teams. He spied for one country.

Kempner won a Peabody Award for her most acclaimed work, The Life and Times of Hank Greenberg. Greenberg was also a Jewish major leaguer — one of only a handful in the 1930s and ’40s — and was a power hitter who played 17 years in the bigs and hit 331 homers. Among his nicknames was “The Hebrew Hammer.” 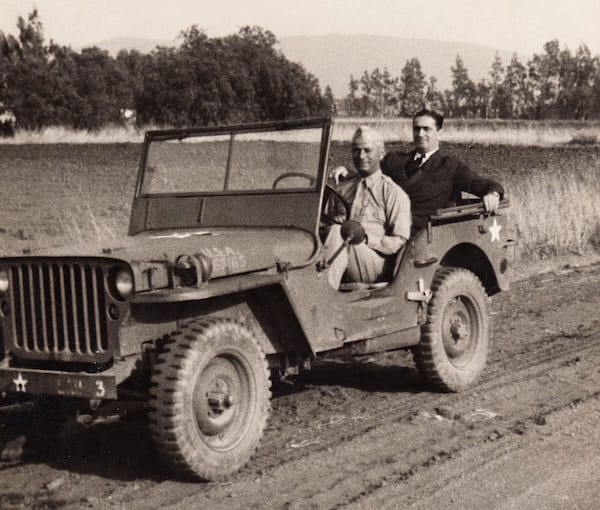 Writer-director-producer Aviva Kempner wants viewers to have a full appreciation of  Berg, who she calls a “man of brains and brawn.”

Kempner is the daughter of a Holocaust survivor. She works under the auspices of the Ciesla Foundation. Ciesla was her mother’s name.

“My mother survived as a Polish Catholic during the war,” Kempner says. “She was blonde and had blue eyes. She also had an exceptional ability with language, and that may have saved her life. She spoke without an accent. She and her brother survived. Her parents did not.”

Kempner’s mother and her mother’s brother were liberated by Americans and her mother eventually married an American, who came to Europe to write a story about her survival. 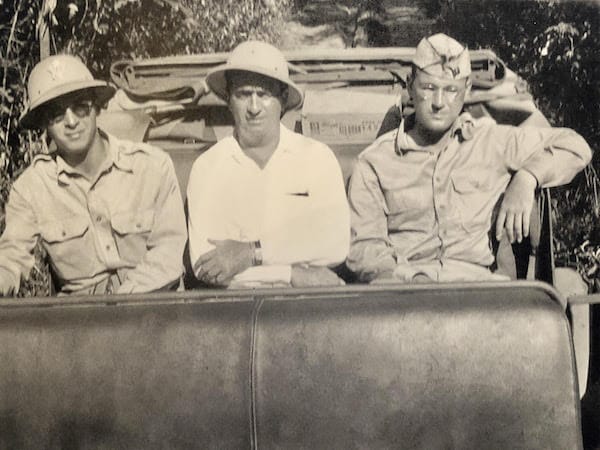 From this family dynamic, Kempner derives her inspiration from Jewish heroes and it feeds her ongoing motivation for telling their stories and hating Nazis. She says she has wall hangings at her home of her three favorite Jewish baseball players — Sandy Koufax, Greenberg, and Berg. “Perfect,” she says.  “Pitcher to batter to catcher.”

She says it was a friend and contributor to her previous films, Bill Levine of Phoenix, who provided suggestions for her next film after The Life and Times of Hank Greenberg.

“He said I should do one on Sid Luckman,” she says. “I told him I’m not a football person. Then he suggested Barney Ross, and I said I hated boxing. Next he said Moe Berg, and the third time was the charm.”

Kempner says the project took her three and a half years, “and that is much shorter than normal, because I didn’t have to do any fundraising.” She says her main challenges were finding the right documents and the right research material in baseball records.

What surprised her the most during the project — and made a lasting impact on her — was the speed with which the U.S. put together the OSS and how deeply important it was in the war effort. “You wonder right now,” she says, “if we have the same kind of intelligence going on in situations such as North Korea.” 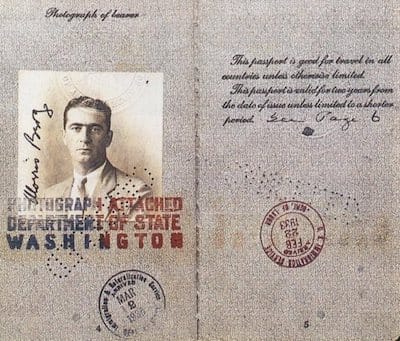 She says she wants viewers to leave theaters sensing how important immigrants are in maintaining America’s way of life. She also wants viewers to have a full appreciation of this “man of brains and brawn.”

“There are a million stories in the naked city,” she says, playing off the title of the old TV series, “and Moe Berg is one of the best of those.”

The documentary is built around dozens of interviews, including Angels Manager Brad Ausmus, former baseball commissioner Bud Selig, and Nick Dawidoff , the author of The Catcher Was a Spy.

And, like the spruced-up Hollywood version, it builds to the moment that catcher-spy Berg must confront a German physicist whom, the Allies feared, may have the knowledge and wherewithal to build an atom bomb for the Nazis. Berg is sent on his mission with a pistol and a cyanide pill.

All baseball fans, upon viewing this documentary, will quickly have a new perspective on watching games and hearing about the dangers a catcher faces when handling pitches in the dirt.

For more on the documentary, visit spybehindhomeplate.org.