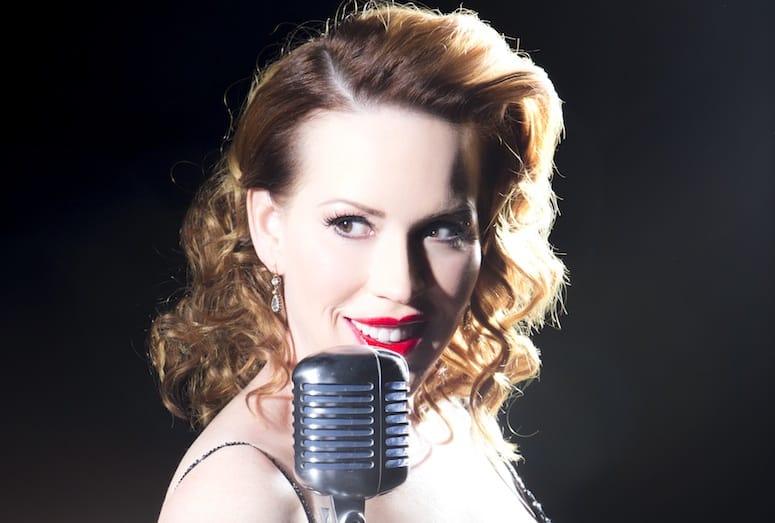 It’s been 30 years since Molly Ringwald made history as character Claire Standish in the iconic 80s film, The Breakfast Club.

However, it’s only been in the past few years that the world has gotten to really recognize her singing voice.

In 2013, Ringwald released her debut album, Except Sometimes, a jazz record covering the Great American Songbook and various artists including Nat King Cole. She also recorded her own interpretation of the band Simple Minds’, Don’t You (Forget About Me), a rendition that showcases her beautiful voice and stirs nostalgic memories of her role in The Breakfast Club.

Desert audiences can hear for themselves when Ringwald performs March 6-7 at Copa Palm Springs.

Ringwald has been singing since she was a child playing alongside her dad, a jazz pianist. She also worked on some tracks for Disney as well as performed early on in the role of Kate in the West Coast production of Annie.

However, her successful acting and theater career has taken her on a diverse artistic journey with many different directions. She says she was, finally, ready to share the vocal side of her talents on a larger scale.

“It was something I’ve always wanted to do, and it just took a long time to come together organically,” Ringwald says. “I met Peter Smith, my pianist and arranger, on a theater project and we realized we had jazz in common. Before I knew it we started recording.” Ringwald says her creative spirit has motivated her as an actor, singer, dancer, and author. “Everything that I do artistically ignites a different part of my brain, and it’s good to express yourself in different ways,” she says.

• Of course we’ve seen her in Sixteen Candles, Pretty In Pink, and Tempest (the latter earning her a Golden Globe nod)

• She penned the national bestseller, Getting the Pretty Back: Friendship, Family, and Finding the Perfect Lipstick (2010)

• She’s a wife and mother to three young children as well as a self-described “complicated cook”…(her own mother is a noted chef).

In addition to her music, Ringwald’s own energy continues to propel her into projects that highlight her abundant talents. She has a film in post-production, Jem and the Holograms, that is scheduled for release this year, and she continues to write her column, Ask Molly Ringwald for British national daily newspaper The Guardian.(www.theguardian.com/lifeandstyle/…/ask-molly-ringwald).

Ringwald just might surprise her fans by one day by creating and producing a project all her own.

“I have this fantasy that I can do everything in one project,” she says. “I direct a movie that I write and there’s music in it…and everything just converges, coming together.”