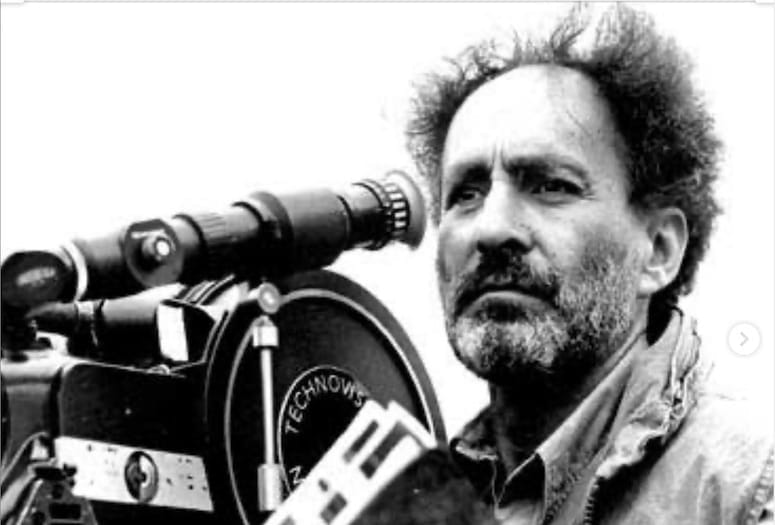 Monte Hellman, who passed away in April in Rancho Mirage, directed a pair of western films in the 1960s in collaboration with actor Jack Nicholson that were later defined as "acid westerns" for their psychological depth and visual imagery.
PHOTOGRAPH COURTESY PIONEERTOWN INTERNATIONAL FILM FESTIVAL

Monte Hellman’s time behind the camera gave him insights into the films he crafted, but also the way he saw his own life playing out.

As she watched her father direct films like Two-Lane Blacktop in 1971 (with singers Dennis Wilson and James Taylor among the cast) that would later honor him as “a cult hero of the American independent film movement,” according to the New York Times when he passed away in April 2021 in Rancho Mirage, Melissa Hellman saw the same man in front of and behind the camera.

“I think that at all times he was always directing every moment of his life. He had a way of directing and controlling where you didn't even know he was doing it. He would listen to your advice or your opinion, and he would nod. And then he would go do it his way. But he always knew what he wanted,” says Melissa, who will join forces with friend Jennifer Nicholson (daughter to actor Jack) to present a pair of western films their fathers worked on together in the 1960s at the Pioneertown International Film Festival, which celebrates the western genre Aug. 27-29. Tickets are on sale until Aug. 4 or when they sell out at pioneertownfilmfest.com. 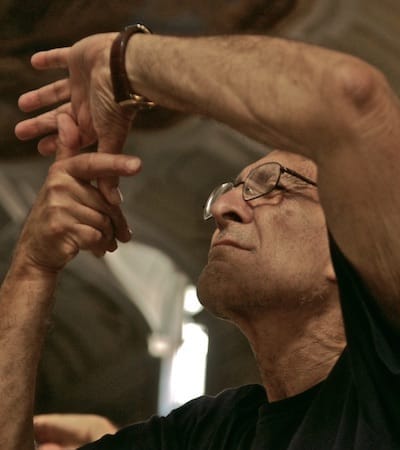 Monte moved to the desert in late 2018, but his connection dates back to his own parents, who lived here starting in the 1960s. “We’ve been coming here since I was a baby,” recalls Melissa, who with her brother Jared relocated to the desert to help care for him. “Every year he would spend his birthday in July here. He loved the desert, loved the heat.”

He also loved making films that may have not been outright commercial successes, but over time have come to place him in the same company of legendary directors like Sam Peckinpah to contemporaries like Quentin Tarantino, whose 1992 film, Reservior Dogs, was executive-produced by Hellman, notes Julian Pinder, founder of the Pioneertown Film Fest.

“Monte has always been a filmmaker’s filmmaker,” Pinder says. “I really think that the world has got to revisit his work and refine it, as I think that's what it deserves. And I think there’s a new generation of people who are going to appreciate seeing his films for the first time, and that really excites me.”

Melissa chatted further with Palm Springs Life about the films she and Jennifer will present at the festival, and how she struck out trying to get him to do one last film prior to his passing. 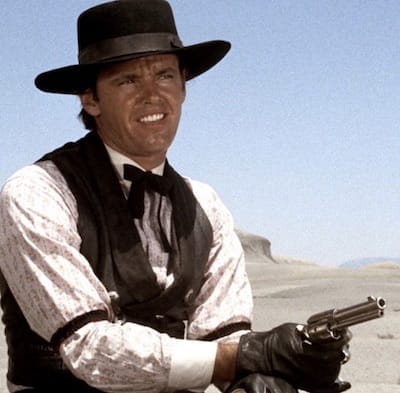 PHOTOGRAPH COURTESY PIONEERTOWN INTERNATIONAL FILM FESTIVAL
Jack Nicholson was on the verge of being a recognized star in the 1960s.

How did your father end up working with Jack Nicholson?

My dad worked on The Terror. I think he did second unit. And I think that he had met Jack before that, but they decided to team up, and they did Flight to Fury and Back Door to Hell.

You’re going to look at the two westerns they did together and released in 1966, Ride of the Whirlwind and The Shooting. Why are they considered “acid westerns”.

Julian: I was reading a book about the making of “The Wild Bunch” and the writer said (those two films) were actually the first psychological westerns that really went into the western as a more abstract, philosophical kind of thing.

Melissa: I think there's so much emotion and drama in them, but most people think of it as just cowboys and indians shoot’em up, of course, and on horseback shooting each other. I really do think it's really, really deep, a lot deeper than people expect.

Does that speak to the type of director your dad was, looking outside the box rather than conform to a formula?

Melissa: He would work from a very organic place, or his unconscious more, or from his dreams. And he was also a photographer. So he was a very visual person. I think he really enjoyed the fact that a movie could tell the story in pictures. Not that dialogue is not important, but I just think that it was very natural to him to tell a story that way. Even though people think his style is very slow, it allows people to feel because you get to stay in moments a little longer than you normally would be used to in a fast-cut action film.

Did your dad and Jack remain friends? Did they collaborate again?

Melissa: They did stay in touch. They did not work together again. Part of the reason was Jack became the biggest star on the planet, which is lovely because it's a great claim to fame. But my dad maintained independent film notoriety, and he kind of stayed true to his art. 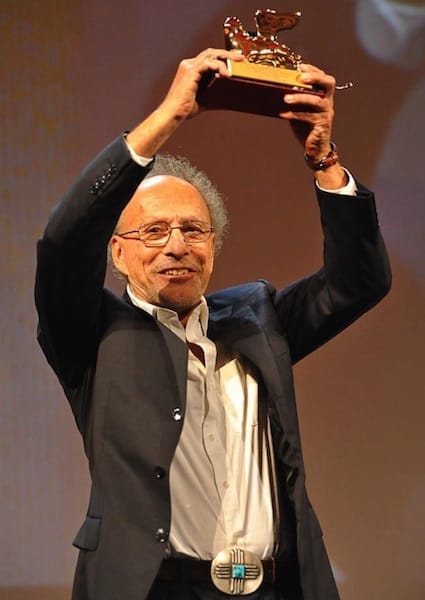 Was about the western film? Does it still have a place today amidst Marvel films and Star Wars?

Melissa: Absolutely. I think you can never go wrong with a Western. I really feel like the purity of the whole concept of the cowboy, the Western, and the horse is appealing to everybody. I don't think it can ever go out of style. It's interesting how also, something about it, the terrain or the backdrop, is so unique because it can really be so plain. And you don't need a lot. You can accomplish so much with very little, production wise. It could be pretty much anywhere. And it almost becomes a stage, like a fair stage, that in your imagination, can become anything. So I think it's still a great genre.

You had a chance to act in two your father’s films, Two-Lane Blacktop and Silent Night, Deadly Nights 3: Better Watch Out!

Melissa: I think that it was just such a blessing that I got to work with my dad and see him work for as many times as I did and travel around the world with him to the festivals. And it was just such a gift. And to see the people that did appreciate him and did bring him around to all these festivals for so long. And I mean, he did a circuit of festivals for 40 years, and it was just the same films being shown over and over again. I thought that was an amazing thing. And then to be able to make his final film (Road to Nowhere, 2010) with him and to produce that for him was such an honor.

Did you try to get your father to direct one last film?

Melissa: I told him, “I really want to make another one with you because you're so good. And I want the world to have more." And he put the brakes on it a lot. I went down every single rabbit hole I could possibly go down to raise money. And I almost had Nicholas Cage starring in it. I mean, he would just poopoo it. No, no, no, no. So finally, a couple of months ago, just before he passed, I said, "Dad, don't you want to work again? Don't you want to make another movie?"

And he says, “Honestly, I made my last movie. You helped me make my movies. The first time I ever got to actually be in control, 100 percent of my own work and my own movie." He adds, "I'm done. I’m finished. I got to say everything I needed to say."

• READ NEXT: "Palm Springs Noir" Stories Crafted by Local Authors About the Desert.