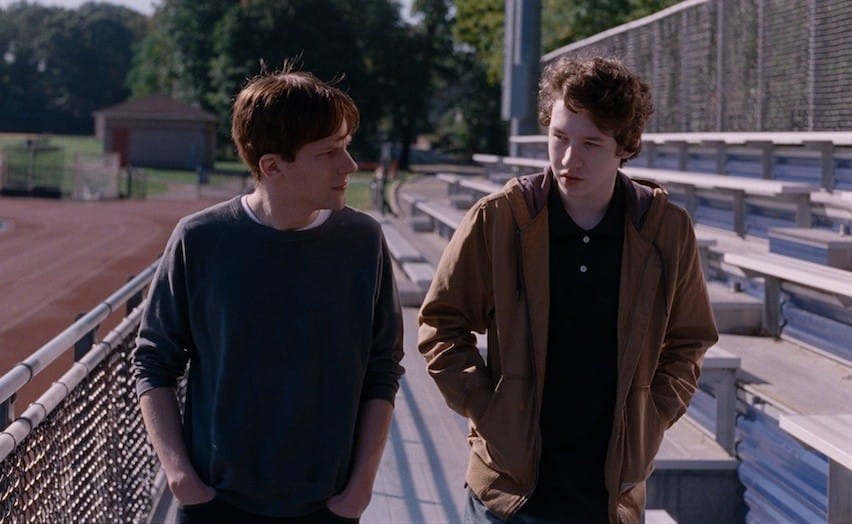 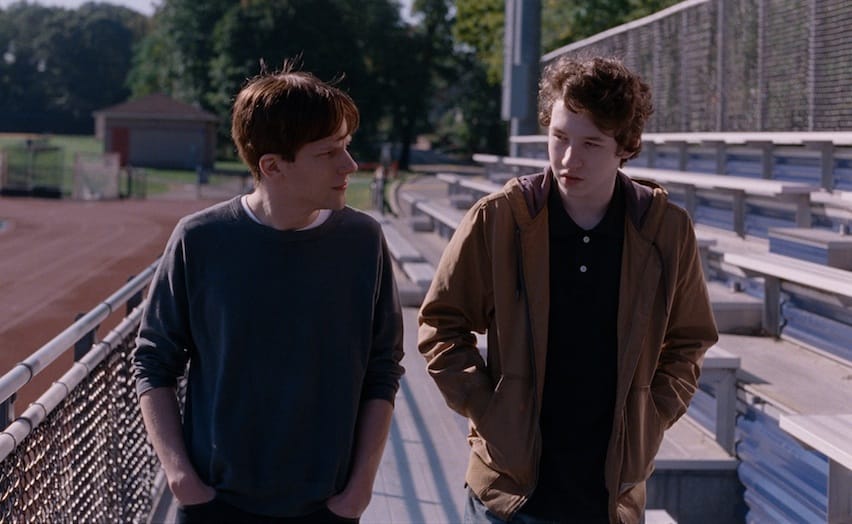 Jesse Eisenberg (left) and Devib Druid star in Louder than Bombs, which is among the movies to screen with notable name actors at the Palm Springs International Film Festival.
Photo by Jakob Ihre/Motlys

“The line-up this year, while full of unexpected surprises, vividly reflects what is going on in the world around us,” said Festival Director Darryl Macdonald. “There’s a particular focus on stories about displaced people – immigrants, emigrants, refugees, those seeking asylum or shelter. There’s a concurrent trend toward stories revolving around new beginnings and escaping the shackles of the past, whether sexual, cultural, societal or self-imposed. Balancing all of these is a focus on family and romance, along with films involving a healthy dose of magic realism or absurdist comedy, and a plethora of exceptional films dealing with the usual obsessions – music, food, sex and art. All in all, it’s about as well-rounded, as thoughtfully chosen, and as provocative as it’s possible for a smartly curated lineup of new international cinema to be.”

There will be seven World premieres, 17 North American, and 30 U.S.

In the New Voices/New Visions competition showcases, emerging international directors marking their feature film debut at the Festival, with the additional criteria that the films selected are currently without U.S. distribution. The winner is selected by a jury of U.S. distributors which include Gary Rubin of Cohen Media, Dan Berger of Oscilloscope, and Ryan Kampe of Visit Films/Monument Releasing. The winner will receive use of a $60,000 Panavision camera package and a glass sculpture designed for the Festival by renowned artist Dale Chihuly.

The Modern Masters section features 10 films from international directors who set the standards for contemporary cinema. Films selected for this year include:

Other Festival films with notable talent and directors include:

Anomalisa (US) directed by Duke Johnson and Charlie Kaufman with the voices of David Thewlis and Jennifer Jason Leigh.

The Invitation (US) starring Logan Marshall-Green and Michiel Huisman.

The Lady in the Van (UK) directed by Nicholas Hytner and starring Maggie Smith, Jim Broadbent and James Corden.

Where to Invade Next (US) directed by Michael Moore.