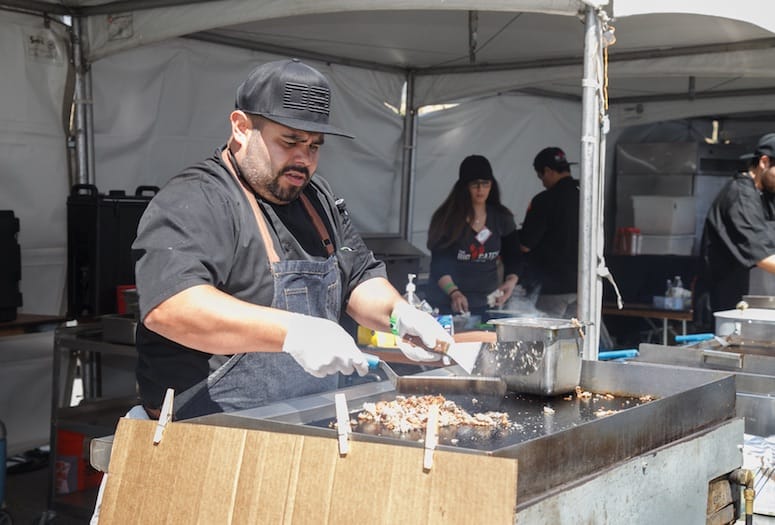 The MorongoTaco Fest features 25 of the best taco chefs from Los Angeles and the Inland Empire.
PHOTOGRAPHS COURTESY MORONGO CASINO RESORT AND SPA

Mouth-watering taco creations prepared by more than 25 of the best taco chefs and vendors from across Los Angeles and the Inland Empire will rule the day at the third annual Morongo Taco Fest on May 18 at the Morongo Casino Resort & Spa in Cabazon.

Matches by the masked Lucha Libre wrestlers, live bands, premium tequila, refreshing margaritas, a Hot Pepper Eating Contest and other games are planned for the Morongo fiesta, which has emerged as one of Southern California’s biggest and best taco fests.

Signature salsas, creamy guacamoles, and other culinary delights from South of the Border will also be celebrated at the fiesta, which runs from 11 a.m. until 6 p.m.

“The Morongo Taco Fest features an amazing array of tasty tacos and flavors, whipped up by the very best taco chefs in So Cal,” said Simon Farmer, executive director of marketing at Morongo. “The day will be loaded with fun and games, awesome live music and exciting masked wrestlers going toe to toe.”

Tickets are on sale now through Ticketmaster and at the Morongo Box Office for $10 each. Tacos and other food and drinks at the event will be sold separately.