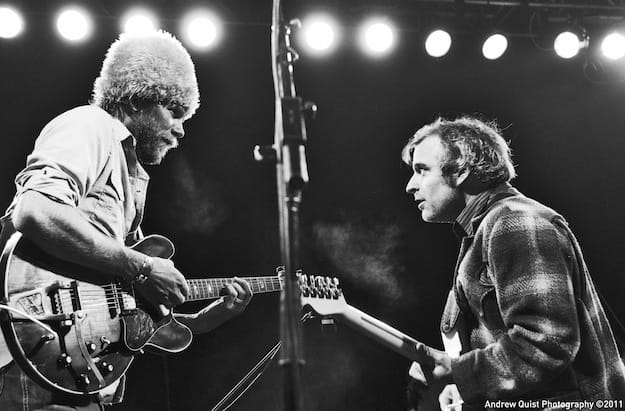 Like Phish and the Grateful Dead before them, each member of the Mother Hips has infused his contribution to the band with a laidback, hippie sensibility.

The San Francisco-based act was once signed to super-producer Rick Rubin’s groundbreaking record label American Recordings. As fate would have it — or at least, commerce and free enterprise — the Rubin-Mother Hips marriage wasn’t as fruitful as everyone hoped it would be. Both entities parted ways in 1996.

However, unlike some groups that might have thrown in the towel after a failed record deal, the Mother Hips kept on trucking, despite changes in lineup, side projects, and a hiatus. From the 1990s until today, the folk-rockers are a mainstay at venues throughout the United States, bringing with them the same fans they have had for more than 20 years since the band’s inception.

“I think [our fans have] gotten older along with everybody else, but we’ve also gotten a lot of new fans, too,” Tim Bluhm said. “With a lot of our original fans, their kids are now coming out to our shows. They’re all, like, 25 now, so that’s cool.”

Vocalist and guitarist Bluhm, along with Greg Loiacono, John Hofer, and Scott Thunes seem to have found a winning chemistry these days with the Mother Hips. They surrendered the fantasy of rock ’n’ roll excess and a too-hot flashpoint that has forced many of its contemporaries to burn out, as opposed to fade away.

“I think it has a lot to do with the fact that the Mother Hips never had that widespread commercial success,” Bluhm said. “That’s kind of a bummer in a way. It’s also a blessing because it’s easier for people to hold onto what they liked about us.”

The Mother Hips’ April 27 show at Pappy and Harriet’s Pioneertown Palace is the perfect venue for the band to make its latest appearance. They’ve played Pappy’s before, and love returning to the Coachella Valley.

“It’s sort of set apart from everything else,” Bluhm admitted. “It’s good to be out amongst the Joshua trees and the rocks.”

He’s also excited about bringing a little alt-country flavor to the venue, particularly when so many Stagecoach fans will be in town.

“We have a record that’s getting ready to come out, so we’d like to give people a taste of what our new songs sound like,” Bluhm said. “We have such a big catalog of more than a hundred songs to play. We adjust the set list to where we’re playing. Pappy’s has sort of a roadhouse feel, so we’ll play songs that have more of a country-rock feel, because that just feels right for that space.”