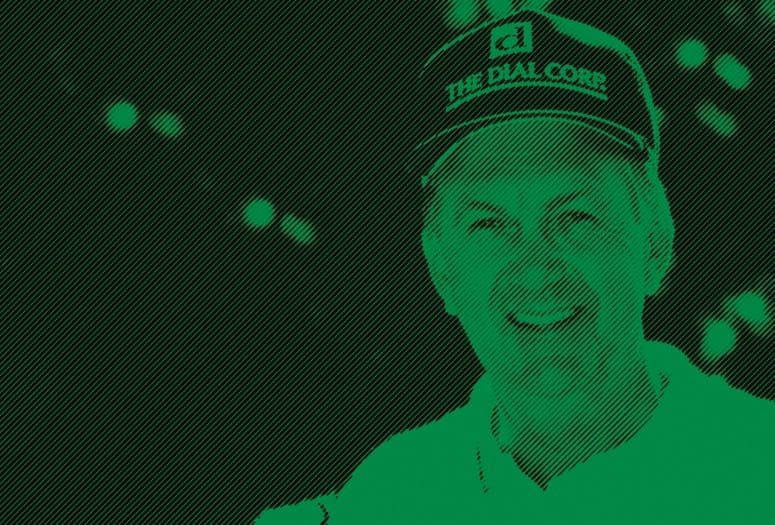 To most in the desert, March 27 will be just another warm and lazy Monday. For Al Geiberger, it will be the 40-year anniversary of the unimaginably horrifying.

Geiberger is one of many famous residents in the Coachella Valley, a longtime resident of La Quinta. Many days, he can be found giving golf lessons at The Golf Club at La Quinta, formerly Trilogy. He is 79,  but the body is still long and lanky and the golf  swing — the one that made him a star on the PGA Tour  directly after Arnold Palmer’s era and during  Jack Nicklaus’ and made him a major title-holder at  the 1966 PGA Championship — is still poetry in motion.

Forty years is a long time, and Geiberger is neither  a ponderer nor a sulker.  Just the opposite.

He will likely rise on March 27, take note of what day it is, take a long breath and maybe let a tear or two squeeze from his eyes. He may even rationalize that this is not even the worst anniversary date of his life, that the pain was worse in 1988. Then he will go hit a few balls, maybe give a lesson or two, or maybe even be off to some sort of corporate outing. Mondays during the spring in the desert are great days for those, and Geiberger is always one of the best attractions.

What Ruth did back then was unthinkable. Same for DiMaggio and Wooden. And then Geiberger. He is part of the sports world’s most magical figures. The 59 became two digits that defined him. His business card identifies him as Mr. 59. The last four digits of his phone number are 5959. The two numbers have brought him notoriety and joy, and they’ve helped ease the pain of two other days. He never tires of talking about that 59, nor the days when the number was matched and, last year, even surpassed when Jim Furyk shot a 58.

Geiberger’s 59 seems totally implausible when the events of just 75 days earlier, that March 27, are considered. That was the day of what remains the deadliest plane crash in aviation history, the runway collision between two 747s in the Canary Islands that killed 583 people. Through a series of errors in judgment and communication, the pilot of a KLM flight taking off did not see a Pan Am in its runway path. He tried to pull up and over the Pan Am, but tore off much of the upper half of the Pan Am plane.

On that Pan Am plane, and dying in the wreckage, was Ray Geiberger — Al’s father.

“My mom, Mabel, had passed away in 1974,” Geiberger says, “and my dad had pretty much hit rock bottom without her.”

Al was eight years younger than his middle brother. He calls his existence “an accident” and says that it never interfered with his mother’s golf game.

“She just dragged me along,” he says, adding that while his dad loved golf, his mother was the better player and the most dedicated. “She’d play with her same friends, shoot about the same score, and hit everything down the middle. She never lost a golf ball. They just turned yellow.”

Six friends of Ray Geiberger had talked him into a European cruise. They would fly into the Canary Islands and cruise from there. But first, and most fortunate, Ray would see his son, Al, in the glory of some of his golfing success. Al had won the 1976 Greater Greensboro Open and he was invited back to North Carolina a week early for promotional appearances. One was a speech at a Rotary Club meeting, where Ray Geiberger was an honored guest.

Both the Pan Am and KLM planes were scheduled to land at a bigger airport on a nearby island, the Gran Canaria Airport. But a terrorist group had set off a bomb in the flower shop of that airport and officials closed it down. That meant diverting all flights to the much smaller Los Rodeos airport at Tenerife. The smaller airport had a taxiway and one runway. Soon, the taxiway was jammed with large airplanes, all awaiting the lifting of the landing ban at Gran Canaria.  The KLM aircraft was parked right next to Pan Am’s.

Seven years later, on the tiny Spanish island of Tenerife, Clipper Victor was scheduled first for takeoff when the landing ban was lifted at Gran Canaria. But the planes were parked so tightly that the KLM had to go first.

What ensued is now aviation history. Fog rolled in. The KLM’s Dutch pilot misunderstood orders from the control tower. The Pan Am pilot, sent down the same runway shortly after and told to temporarily detour at an exit along the way so the KLM could have a clear run at the takeoff, missed the exit and kept taxiing toward the KLM. Neither could see each other in the fog. Nor could the control tower personnel see either plane. The KLM roared down the runway and the pilots didn’t spot each other until they were about 1,000 yards apart. Think of the distance as two par-5s. Geiberger remembers getting a call from a Santa Barbara neighbor, Ann Oosterhuis, whose husband, Peter, was a fellow pro also playing in the Greater Greensboro Open.

“She told me there had been a horrible crash,” Geiberger says, his mind traveling back to that horrible call.

Like most in his position, Geiberger didn’t know what to do. He was 39 years old and felt 11. The word he keeps using to describe his feelings in those days was “frozen.”

“I just didn’t know what to do,” he says. “It was so far away. I kept waiting to hear that I needed to come and get the body, but that never happened.”

So he stayed in Greensboro, played in a Monday sponsor’s event because it took his mind off things, and, with no word from the Canary Islands or Pan Am as to what he was to do, simply stayed around and played in the tournament. He even made the cut, finishing eighth and winning $5,600.

He says he was criticized for playing by some of the other players. He says nobody could understand what he was feeling, nor could he.

A sudden loss is terrible. Two in a lifetime is unthinkable. Two in 11 years is beyond belief.

On Aug. 26, 1988, while Geiberger was playing in a tournament in Louisville, his 2-year-old son, Matthew, headed off on his own to a nearby community pool in Palm Springs. Mom never saw him leave. A back door that was supposed to be locked wasn’t. He waddled for two blocks, found a pool, fell in, and drowned.

Over the years, Geiberger has tried to capture in words what the loss of his child felt like. This time, he was far from frozen. He told one reporter that it was like somebody had taken a sledgehammer and hit him in the stomach. He told another that, in tournaments after that for a while, he would walk along and feel Matt tugging at his slacks.

On March 27, Geiberger will smile and remember the good times. He may even remember a certain putt, a critical fairway drive, a crucial chip shot. He won’t be frozen.

In a couple of years in August, there will a 30-year anniversary date of more pain. The sledgehammer feeling is gone now. Most likely, he will be able to manage a smile then, too.

Al Geiberger is a poster child for getting through it, for the regeneration of the human spirit. A plane crash and a swimming pool death in one lifetime would send most of us to dark rooms and even darker thoughts.

Geiberger has emerged. Long ago. Just ask him about that 59 and you’ll see.