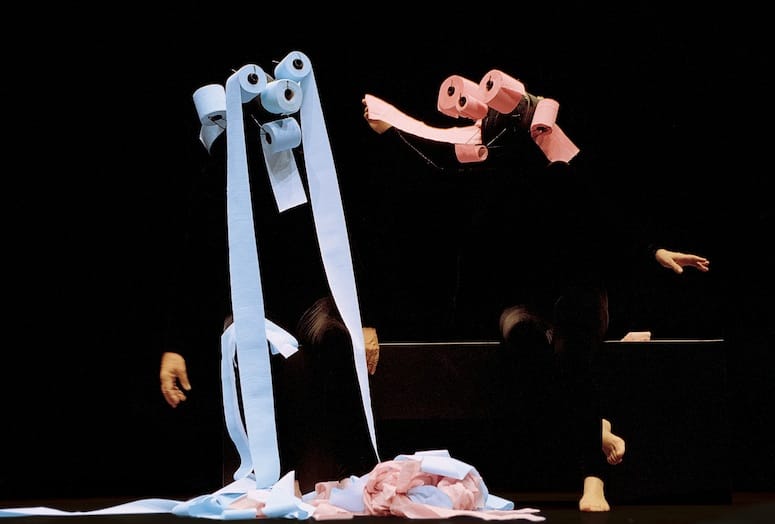 Swiss mask theater group Mummenschanz has been mesmerizing audiences with its unique visual performance for more than 40 years.

“I love audiences here," says co-founder and performer, Floriana Frassetto. "California audiences are just so open and outspoken and if they like it (the show), they let you know. The chemistry with the audience here is so warm and the response so breathtaking.” Mummenschanz has been performing for more than  40 years.

Mummenschanz will present its current show as part of the Palm Desert International Dance Festival and Choreography Festival, 7 p.m. Nov. 13 at the McCallum Theatre in Palm Desert.

Their inventive production, in fact, has surprised and enchanted theater-goers around the world across five continents in more than 60 host countries.

Founded in Paris in 1972 by Andres Bossard, Bernie Schurch, and Floriana Frassetto, the troupe has mystically placed their mark on Mime-Masque Theater.

“It’s a magical way to communicate and bring understanding through this abstract world," Frassetto says. "Through the playfulness of it all, we touch the inner child, and the interaction becomes a different special language…a universal language.” A distinctive clay invented by and for Mummenschanz is shaped into facial masks.

• Performers express themselves only using objects, masks, and their bodies.

• The “set” is comprised of a black background and simple lighting.

• A distinctive clay invented by and for Mummenschanz is shaped into facial masks to transform a performer to express a theme or story. Frassetto says it takes approximately two hours to shape a clay mask.

“Imagine placing silly putty in your hands and putting it on a plastic mask with straps for the headpiece. Then you shape it into a face,” he says. The production is void of any musical accompaniment or sound effects.

The Secret of Silence

The production is void of any musical accompaniment or sound effects, leaving a silent stage where the artists use visual cues, props, and movement to engage the audience. The sounds of the observers and their reactions are the only noises heard.

Frassetto believes this “silent music” is one of the reasons the show has remained so fresh and alive.

“We have the freedom to tune into the audience’s beautiful silent music,” he says. “It sounds like musical score…the ohs and ahs, their moments of surprise, a child’s comment; an adult’s cheer. We draw energy from the audience so that every show is a unique experience with each country and culture providing a different feeling and emotional feedback.”