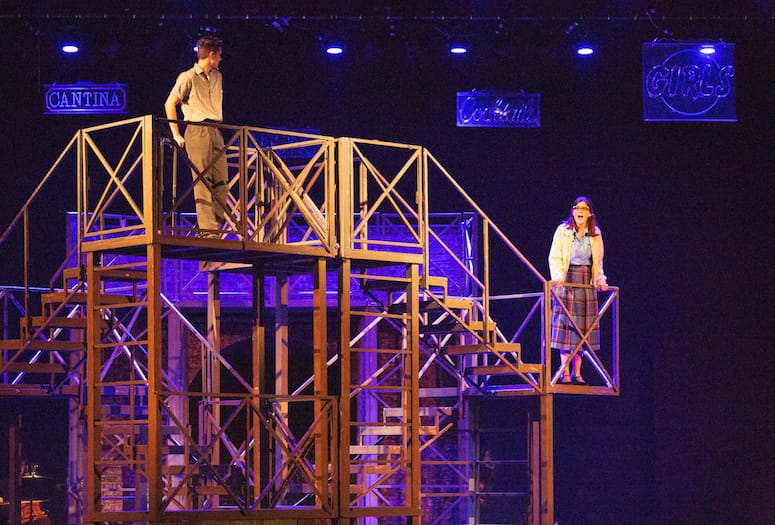 From a previous production, Musical Theatre University offers students in grades 8 though 12 a chance to pursue their goal of a performing arts career.
PHOTOGRAPHS COURTESY MUSICAL THEATRE UNIVERSITY

According to its website, David Green’s Musical Theatre University (MTU) “is the most intensive and comprehensive pre-professional training ground in the performing arts for talented young people, grades 8–12.” Originally founded in Orange County in 1999, Green wanted to bring the program to the Coachella Valley, so he approached the Palm Springs Unified School District and said, “If you will give me a home, I will raise all the money and run it.”

Rancho Mirage High School was opening that year, and became MTU’s home. Green lived up to his part of the agreement, raising every penny that first year. When year two rolled around, the school district found they had a worthwhile program on their hands and took over the funding, leaving Green to do what he does best.

Students audition to gain entrance. “We’re not looking for stars,” Green says, “we’re looking for students.” Best of all, it’s completely free of charge. Participants receive no grades, no credit, just an immersive training in acting, voice, and dance. “Over the course of a year, they will take everything from classical theater to contemporary theater to Meisner technique. In the musical world it’s all about vocal technique and lyric performance, but they’ll go through a whole range of theater, from the old standards all the way through contemporary theater. Kids take classes Monday through Friday afternoons after school from 3:30 to 6. We do these three main stage musicals every year, which gives them lots of unique opportunities. We also take them to New York for an intensive every spring. They spend five days in New York studying with people directly from Broadway.”

It’s a lot of work, but the kids do it because they love it. “I would say about 85 percent of the students in our program believe this is the career they’re going to follow,” Green says, “which is a huge percentage for a performing arts program.”

Opening April 5, at the Helene Galen Performing Arts Center is Curtains, a lesser-known show by John Kander and Fred Ebb, who wrote Chicago and Cabaret. The backstage musical is a whodunit in which a detective who also happens to be a theater fan tries to solve the on-stage murder of a leading lady. 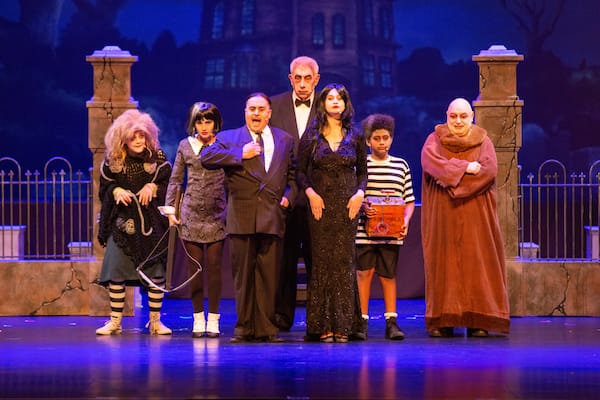 From an MTU production of The Addams Family.

“Curtains is the third show of our season,” Green says. “It’s rarely done, but it’s very funny. It didn’t run very long on Broadway, but it starred David Hyde Pierce from Frasier. It’s a big show — probably a cast of 30, which is very large for us. And we have four Broadway guest stars joining us: Alix Korey and Sal Mistretta, both of whom are in our faculty, as well as Don Amandolia. They’re now locals. And then a gentleman named Patrick Richwood is coming in. He’s got several Broadway credits but he’s probably most famous as the elevator operator in the film Pretty Woman.

“We only rehearse for three weeks because we want to give the kids a real-world experience,” Green continues. “The only difference between their experience and real world is that they’re also doing academics from 7 to 3. Then for three weeks they’ll rehearse from 3 to 10 and on weekends. Then our Broadway guest stars join us for the last week, and we fit them into the production. We do three performances and move on to the next.”

While that may seem like a lot of work for only three performances, Green says that’s part of the training. “As an actor, you work a show, you learn something new, then you audition for something else and move forward. More important to me than the acting, singing, and voice lessons is that we teach a really solid work ethic: commitment, follow through, and all the teamwork of collaboration that it takes to put something on. So, we have really well rounded — and really well grounded — young people in the program.”

“The kids who leave our program no longer have stars in their eyes. We take their dreams and turn them into goals and then turn those goals into actions. By the end of our program they may dream of a Tony award or being a name in a title, but that’s not really what they want anymore. What they want is a professional career and something that’s enduring.” 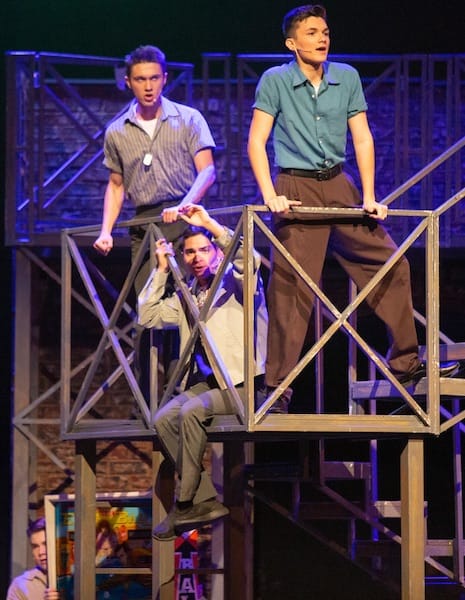 From an MTU production of Dogfight.