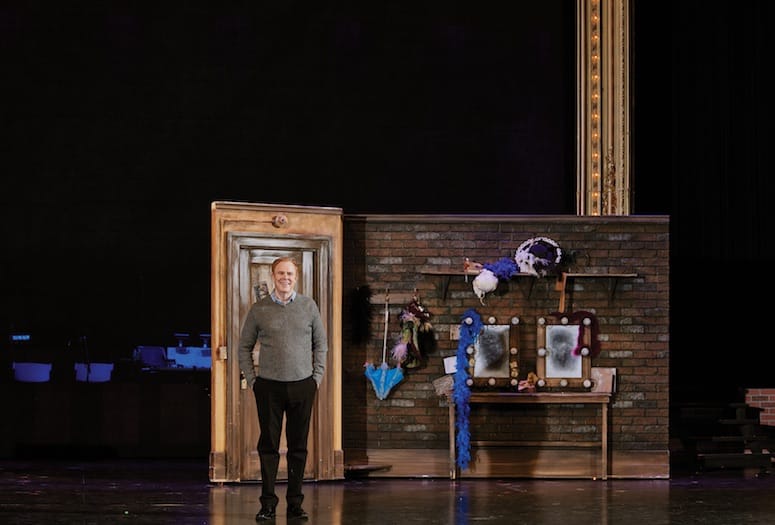 When Carrigan Boynton scoured the web for an intensive program in theater arts to fill the summer between her freshman and sophomore years in high school, she discovered David Green’s Musical Theatre University (MTU) at Rancho Mirage High School. She auditioned and got accepted.

Musical Theatre University, however, is a five-year, after-school curriculum for eighth to 12th graders in Palm Springs Unified School District. So Boynton, her mom, and her younger sister moved to the desert, while her dad holds down the family fort in Tennessee.

“I considered myself being on the stage performing for musical theater, and I want to do that in college, but MTU has opened me up to directing and playwriting,” the now Desert Learning Academy senior says.

“You gain knowledge not only about performance but also about how to be a well-rounded individual,” she adds, noting the enlightenment she attains through exposure to professionals in all aspects of the theater industry.

“Confidence is a huge part of what the program teaches,” she says. “You learn to bring what you have to the table and that theater arts is a career possibility.”

Taught by faculty and guest teachers with Broadway and other professional credentials, Musical Theatre University courses span an array of on- and off-stage roles. Green oversees operations, directs the musical productions, and auditions each student.

“I look for people who have passion, energy, and the desire to immerse themselves in [the program],” he says. “I’m not looking for ‘star’ kids. Talent is subjective and grows at different times.”

After serving as resident director of The Young Americans, Green became a founding director of Orange County School of the Arts’ theater program in 1987. In 1999, he established his own educational entity in San Juan Capistrano. Eight years ago, he moved to the Coachella Valley to run the arts foundation established by Rancho Mirage celebrity couple, the late Carol Channing  and Harry Kullijian.

“When Harry died, we realized the foundation wasn’t going anywhere because he was the energy behind it,” Green says. So he approached Palm Springs Unified School District to re-create what he’d done in Orange County.

“I asked for space and said I would raise money to run the program,” he recounts. “During that [inaugural] year, the school district and I determined it was working well.”

For the first couple of years, Green asked friends in the theater industry to do him the favor of teaching a master class.

“Now they want to return. They call and ask, ‘Is there something for me?’” Green says, adding that they told other professionals about their experiences. “Our wealth of master teachers has grown tenfold in four years,” he declares.

Now, in its seventh academic year, MTU nurtures an annual average of 60 students, all educated free of charge. The school district funds the teaching program and three main-stage musicals, while Green raises money for adjunct projects, which include Bridging Broadway. Under that umbrella, he takes 25 to 30 students on a weeklong trip to New York each spring. 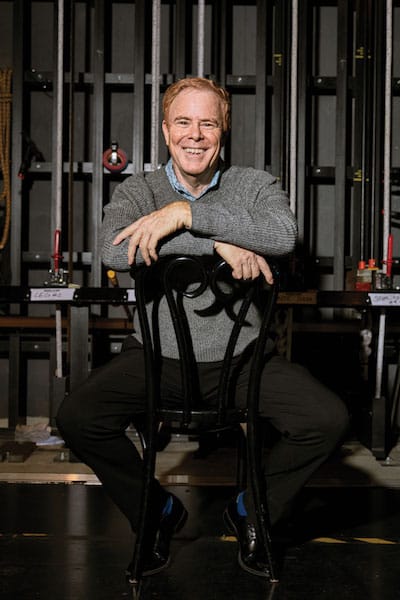 David Green nurtures an annual average of 60 students, all educated free of change.

“I’ve been a writer and director and fell into the area of education. I thought I was going to go into marketing and public relations, so I didn’t pick this path for myself. It chose me. I think my biggest gift in this is pulling together all the right entities. — David Green

“They study every day from 9 to 5 with the who’s who of Broadway. It’s like our master classes [in Rancho Mirage], but with people who couldn’t come here,” he explains. “The students see Broadway shows in the evening, then meet with cast, creative, and crew members. They gain insights on where they should grow their talents.”

Now a college sophomore working toward a theater arts degree at California State University, Fullerton, Malia Botello entered MTU as an eighth grader, making her among the first students to complete its five-year curriculum.

She notes that many of her CSU classmates never took a master class with a theater professional or trained technically in voice and dance. Nor have they performed with Broadway veterans.

“When I show people my résumé, they ask, ‘You have worked with all these people? How?’” Botello relates.

“I had to learn to work fast-paced and hard, and that was something that has made me succeed when others are still learning to do that,” she adds.

Most students enter MTU as high school freshmen, and, Green states, “95 percent of them graduate with us. It’s a very demanding program. They’re with us every day in classes; and if they want to be a part of productions, they’re with us on evenings and weekends.”

Productions include a summer-run, dinner-theater series hosted by Acqua California Bistro at The River in Rancho Mirage. Launched in July  2019, MTU students serenaded diners with songs written by Green about the courses being served and then presented a Broadway revue, followed by a guest star.

“We were sold out with a waiting list for the four [scheduled] performances, so we brought it back for five weeks,” Green says. “Again, we sold out every performance.”

“Here, they are just as passionate about the daily classes, which is really exciting for me and our faculty,” he says. And though he doesn’t suggest it, perhaps that foretells MTU alumni ultimately following in his footsteps.

“I realized when I was their age that I didn’t like being on stage,” Green says. “I’ve been a writer and director and fell into the area of education. I thought I was going to go into marketing and public relations, so I didn’t pick this path for myself. It chose me. I think my biggest gift in this is pulling together all the right entities.

“And then,” he adds, “I always had an eye for young people whom I believe will be successful.”

Plans in the Making

Green continues to offer opportunities to Musical Theatre University students post high school. Bridging Broadway hopes to put 16 alumni on a New York stage in late June and July.
“We are planning to produce a new, off-Broadway musical by Philip McKinley [director of The Boy from Oz and a Coachella Valley resident],” Green says. “The idea is to give alumni a footprint in professional theater in New York.”
By self-producing the performance, MTU can give away as many tickets as it likes to producers, directors, composers, and casting agents. Current MTU students will help develop the show, which could possibly premiere in local theaters sometime in 2020.