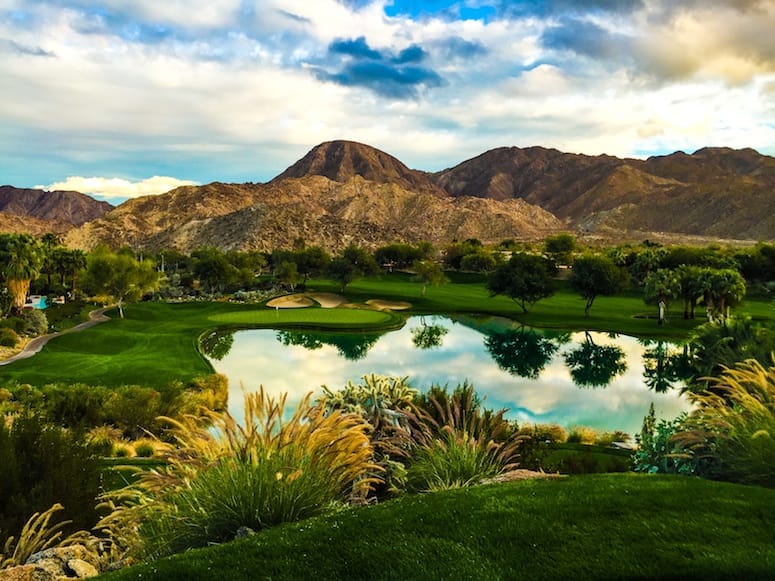 I've been playing this great game of golf for more than 31 years, and it wasn't until last week that I had the good fortune of making my first hole-in-one.

It was on the 16th hole of the Desert Course at The Vintage Club in Indian Wells. I hit a 152 yard pitching wedge that was right at the pin the whole way. It landed about a foot short of the hole and hopped in. I couldn't believe it! I thought it was never going to happen after playing for all of these years. A couple days later I started thinking about how much luck versus skill is involved. Fan favorite Freddy Couples, who was one of the best players in the game for many years, finally achieved his first hole-in-one at the age of 35! So here's a guy who plays at least 100 rounds per year and 400 par three's multiplied by at least 20 years of competitive golf to make an ace.

Assuming the formula is the number of par 3 attempts added to the proximity to the hole (skill) combined with the most important ingredient…luck. So as we all probably realize, luck is the overwhelming component to the equation.

As a Club Professional, I have had hundreds of members and guests make hole-in-ones over the years. Ranging from low handicappers to high. I do feel that next to luck, frequency of attempts outweighs skill.

I can't tell you how many high handicapper's have multiple hole-in-ones. Now many of them play five days a week year after year. This has to factor, right? For some golfing greats, the infamous ace comes easier. Just last week Miguel Angel Jimenez made his 10th hole-in-one on the European tour, his second ace in 10 days and third this season!

Here's the rest of the top 15, according the PGA Tour Media Guide.

Every hole-in-one is exciting, but some can mean big prizes. In the past few years at The Vintage Club, I've had a member make an ace to win a Bentley and other members and guests win a Rolex watch and another a diamond necklace!

For some professional golfers, the reward is much greater. In 2001, PGA Tour player David Toms aced the 15th hole at the PGA Championship with a 5 wood from 243 yards that ultimately propelled him to victory over Phil Mickelson.

So what are the odds? A study compiled for Golf Digest by Francis Scheid, Ph.D., retired chairman of Mathematics at Boston University, using all the available statistics for holes in one, both amateur and professional, came up with the following estimates:

• Two players in the same foursome acing the same hole: 17 million to 1

• One player making two holes-in-one in the same round: 67 million to 1

Although the odds are against us, the average handicap of players making a hole-in-one is 14. So keep your focus on the flag stick and you may be next!