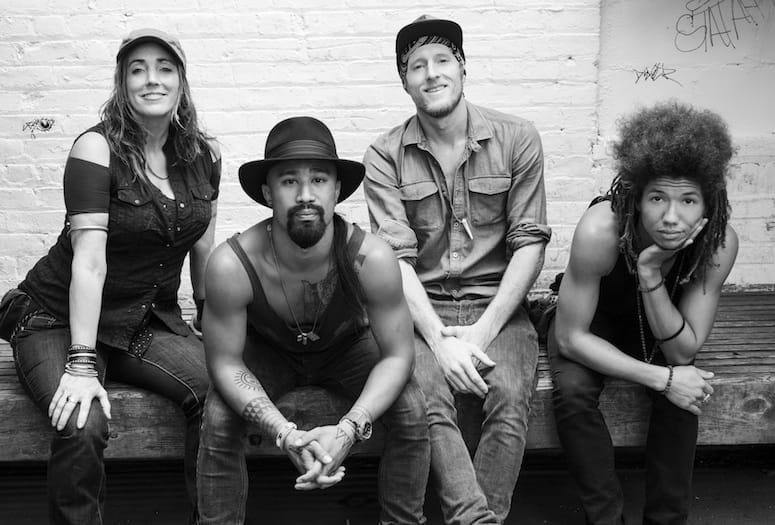 Nearly every music festival has a new buzz band, and for this year’s Joshua Tree Music Festival it’s clearly Nahko & Medicine for the People.

For fans, his popularity may have as much to do with his catchy melodies as it does with his ability to replace hype and hyperbole with an authenticity that so many fans yearn for.

What did you think when you were approached to perform at Joshua Tree?
“I’ve never been before and last year was my first year doing festivals, so I’ve been really curious. I’m from Oregon so being able to come to these festivals after hearing so much about them so long is such an honor…and to see what some of the kids I’ve grown up with, and the bands I’ve grown up with, have been talking about. And, I’ve heard so many good things about Joshua Tree. I’m excited to come and do what we do. “

As a performer, what makes playing at a festival vs. a bar or concert hall unique?
“Festival spaces are generally about the gathering of our people. When we play a festival we have an opportunity to sort of reach out in a different way, as opposed to a bar. At festivals, people are ready to be in a space of attention, and sure it’s a big party too, but I feel like when we take the stage something shifts in all of us. It’s really cool for me to understand when I go to a festival I’m going to sort of bring a devotion, I’m mean we rock out, but my devotion is like rocking out. (laughs) And being able to sort of educate and open people up – that’s a unique experience you don’t really get at a bar. It’s like taking it to church but in a different format.”

What can audiences expect at your performance this weekend in Joshua Tree?
“Full power.  Spiritual twerking (big laughter). I mean, that’s going to look different for you than it does for me but that’s up to your translation. Definitely expect big sing-alongs and lots of happy people.”