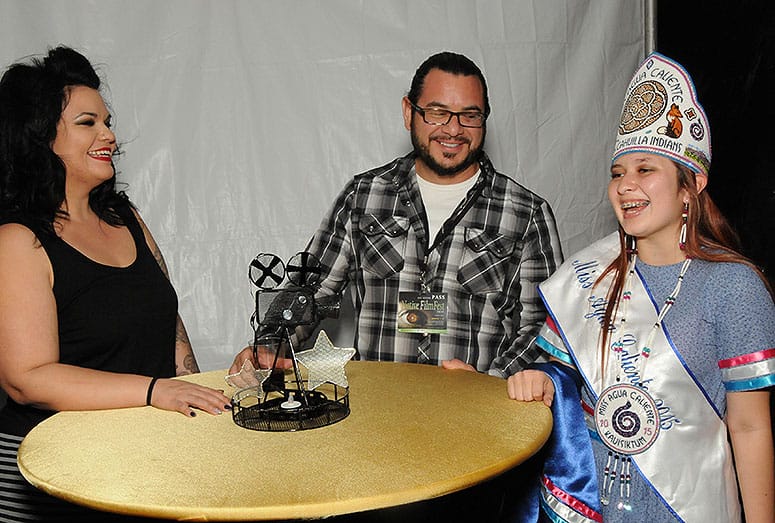 The 2016 Native Film Fest presented by the Agua Caliente Cultural Museum proved a delight with its mixture of shorts, documentaries, panel discussion, and feature length films.

Films from New Zealand, Venezuela, the United States, Sweden, Italy, Canada, and Australia were shown during the five-day festival.  Closing festivities were held at the Palm Springs Art Museum.

The opening night sponsor party and film honored Muscogee Creek and Seminole actor and filmmaker Sterlin Harjo of Oklahoma with the Richard M. Milanovich Award for Distinguished Contributions to Indigenous Film. Harjo is only the third artist to receive the award presented by Tribal Council member Reid Milanovich.

Harjo’s feature film Mekko screened afterwards to more than 450 rapt filmgoers. Guest programmer Elizabeth Weatherford of The Smithsonian National Museum of the American Indian explained that Mekko is a celebration of community and coming together in hard times. In commemoration of the 25th anniversary of the Agua Caliente Cultural Museum, festival tickets were free to the public, underwritten by members of the Agua Caliente Cultural Museum board.