Medical Survival - When your journey down life’s road gets rough, find fulfillment on a different path. 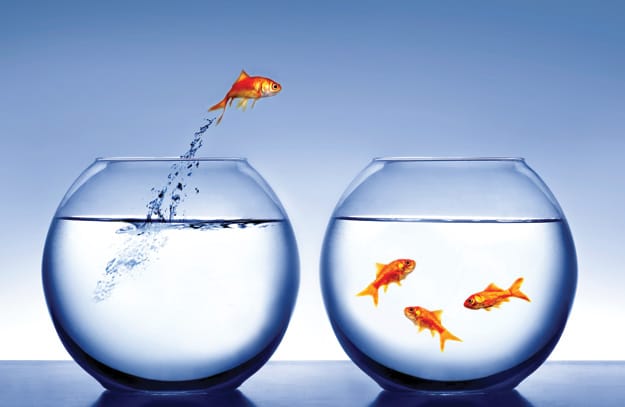 After cancer surgery in 1999, doctors gave Bob Parish, a retired high school teacher living in Pine Cove, six months to live. He and his wife, Pat, made funeral arrangements.

Three years and 29 surgeries later, Bob walked 15 miles a day in Peru, helping Medical Ministry International bring healthcare to the world’s poor. Two years after that, he traveled to Ethiopia with a medical team providing cataract surgeries. When Hurricane Katrina hit, he helped evacuees in Arkansas. Two years ago, the Peace Corps presented Bob (now 69) and his wife, Pat, with the President’s Call to Service Award for volunteerism.

“I decided I wasn’t going to sit around in a chair and feel sorry for myself,” recalls Bob, who serves as president of an ostomy support group in the Hemet-San Jacinto area and sits on the board of directors of the United Ostomy Association of America.

Parish and others confronted by unforeseen and often major health issues prove that there are positive ways to direct — or redirect — one’s energies when life throws a roadblock in front of their plans.

Six years ago, Rancho Mirage resident James Ausman, M.D., approached his wife, Carolyn — who has a background in television, advertising, and market research — about producing a TV series on people who successfully overcome challenges. In December, the Ausmans — who are in their 70s — premiered The Leading Gen, showcasing the achievements of people ages 40 to 100. The show airs on 144 PBS stations nationwide.

“The people we profile are giving the world a gift by telling others how they managed to go on with their lives,” Carolyn Ausman says. In particular, many of the boomers and seniors profiled on the show (such as Bob Parish) have overcome physical and mental health challenges.

A concert pianist and professor emeritus at the USC Thornton School of Music, Nancy Bricard of La Quinta underwent a double mastectomy about six years ago. A year later, she was diagnosed with bladder cancer. Now 77 (and cancer free), Bricard walks two miles a day and eats a healthy diet.

She recalls only one time through her bouts with cancer when her mood was dark. She was scheduled to perform a concert for a good friend a few weeks after her mastectomy, but just didn’t feel up to it.

“She said, ‘Quit feeling sorry for yourself. Get up off your butt and get to work.’ And it was the best thing that anybody ever did for me,” recalls Bricard, who played the concert with minimal pain. Since then, she has given to the community through benefit concerts for the likes of Gilda’s Club and the Steinway Society of Riverside County.

Army Airborne veteran Michael McCourt faced a different kind of challenge: one based primarily on mental health. For nearly four decades, he suffered from a host of physical and emotional disabilities stemming from his 11 months in Vietnam, including injuries to his neck and back and asthma from exposure to Agent Orange. But those weren’t his only problems.

When he had returned home from the war in 1966 in uniform, people at Oakland Airport spat on him and called him disparaging names. When his father introduced him at a Rotary Club meeting in San Bernardino, he was spurned. Over the years, he slipped into a deep depression. By 2001, he had become a shut-in at his house in Joshua Tree and developed a severe stutter.

After finding companionship in the form of a golden retriever, McCourt asked Veterans Administration counselors if he could have his loyal canine, Buddy, trained as a service dog. Though McCourt still feels nervous occasionally, he has rejoined society with the help of trainer Rick Klassen, who also became his friend. McCourt even spoke — stutter-free — to hundreds of students about what it’s like to have a service dog.

“Before all of this, the physical and emotional pains were unbearable,” says McCourt, now 63. “But my life today is really good.”

E.O. “Lindy” Lindquist made a name for himself on the golf course at Tamarisk Country Club in Rancho Mirage. A resident there since 1954, the 85-year-old was named club champion 26 times. Although hip and knee replacement and joint deterioration prompted him to start using a scooter to get around, he remains active.

As a Eucharistic minister for the Catholic Church, Lindquist delivers communion to patients at Eisenhower Medical Center and to residents of Country Villa Rancho Mirage Healthcare Center. A year ago, he received an award for 10 years of service to Country Villa, where he brightens others’ lives by visiting with his canine companion, Lily.

“The two of us are extroverts,” he says. “We love being around people.

Lindquist also keeps busy with his family, which includes Yvonne, his wife of 63 years; six children; 12 grandchildren; and four great-grandchildren.

“There’s only two ways you can live your life: You can either wear out or rust out,” he says. “And there’s not going to be any rust on me when I leave this Earth.”

The Leading Gen airs at 9:30 a.m. Sunday on KCET Desert Cities and at 3:30 p.m. Sunday and 7 p.m. Monday on KVCR. Check TV listings for scheduling changes.