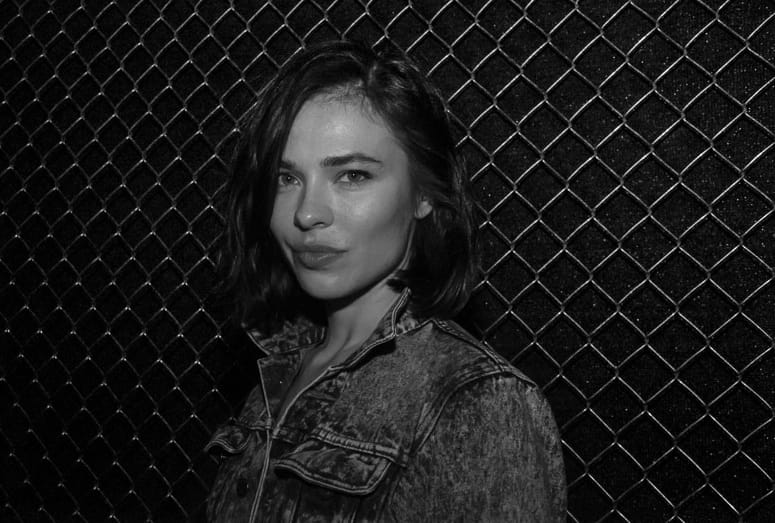 Kraviz’s love of “good” music led her away from becoming a dentist. Instead, logging time as a music journalist, promoter, and DJ wherever the opportunity arose took her on a path to becoming a full-time DJ.

Inspired by the desert and her first Coachella performance recently, Kraviz says, “It was an energetic experience”. As a music writer/producer also, she incorporates her own music in her sets.

Reflecting on when she shot her music video for Fire in Death Valley and then taking the time this trip to visit Joshua Tree National Park, Kraviz says she “found the landscape and nature absolutely stunning”.

Kraviz took a moment to talk to Palm Springs Life. When were you first inspired by music?
“It was magic really. It’s like when you hear something on the radio and it just grabs you. You don’t know why it happens. I used to listen to a lot of pop, hip-hop, and quality rock music from my father when I was living in Siberia. I would listen to music at night and dream. It was one of my favorite things to do."

When did you veer from mainstream music?
“I began to listen to Armando and Acid House. I was stoked to know learn about Detroit and Chicago Acid House. It was one of my favorite topics to discuss with my friends. I wasn’t allowed in the clubs, because I was too young."

What were some of your own tracks and your favorites that you played at Coachella?
“I’m lucky because the music I produced, I can play out in my DJ set. I played a song Ghetto Kraviz, which has gained heat and a song from my latest EP, Mr. Jones, called Desire. Legowelt and Phuture Acid Trax, which still makes me so inspired."

Do you buy records on the road?
“Record collecting is absolutely essential thing for me to do. It keeps me inspired to go record digging.”

Do you play mainstream rap or anything like that in your sets?
“I sometimes play original versions of Pink Floyd in my sets. There is one song from Darkside of the Moon that I used to listen to a lot as a child with my parents called On The Run that is super acidic."