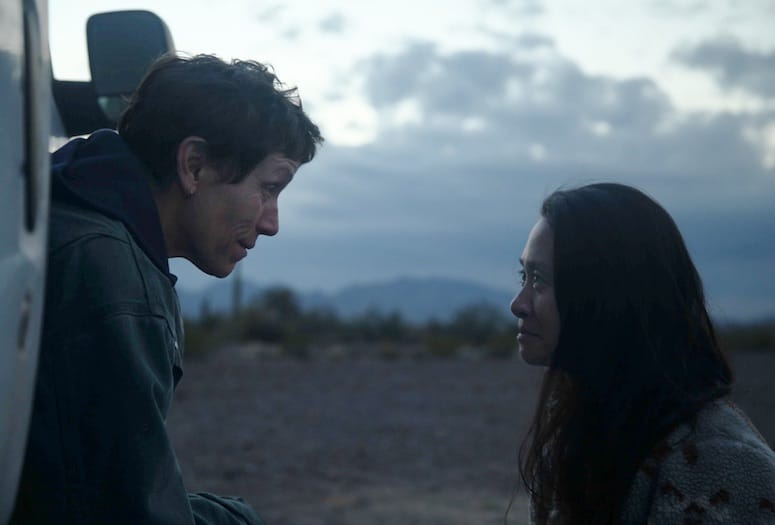 The film festival season has been good to Chloé Zhao. The director of the hit film, Nomadland, has been collecting several honors including this latest —  Director of the Year Award  — the first for a female director by the Palm Springs International Fim Festival.

“Director and screenwriter Chloé Zhao’s Nomadland is a film that captures the triumph of the human spirit,” said Festival Chairman Harold Matzner. “This extremely unique and well-done film captures the grand landscapes of the American West as it follows Fern, played by Frances McDormand, who hits the road in her camper van moving from one real encampment of present-day nomads to another. Nomadland is one of the most accomplished films of the year and we are delighted to honor our first female Director of the Year.”

Past recipients of the Director of the Year Award include Alejandro G. Iñárritu (Babel, Birdman), Steve Mc Queen (12 Years a Slave), Alexander Payne (Sideways), Jason Reitman (Up in the Air), David O. Russell (The Fighter) and Quentin Tarantino (Once Upon a Time in Hollywood), who all went on to receive Best Director Academy Award nominations. Iñárritu received a Best Director Academy Award for Birdman.

Zhao joins this year’s previously announced honoree Carey Mulligan (International Star Award) and Gary Oldman (Chairman’s Award). The Festival and Film Awards Gala will not take place as an in-person event this year, but honoree selections will be announced to recognize this year’s great performances. Entertainment Tonight will air a tribute to the honorees on Feb. 11 and Feb. 25.

Nomadland stars two-time Academy Award winner Frances McDormand (Fargo; Three Billboards Outside Ebbing, Missouri), Academy Award nominee David Strathairn (Good Night, and Good Luck), and real-life actors Swankie, Bob Wells and Linda May, all of whom appeared in Jessica Bruder’s acclaimed book, which Zhao adapted to the screen. Nomadland centers on Fern (McDormand), who, following the economic collapse of a company town in rural Nevada, packs her van and sets off on the road exploring a life outside of conventional society as a modern-day nomad. 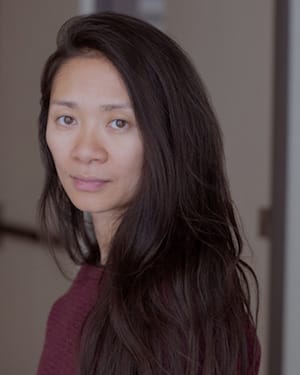 The film was produced by McDormand (Olive Kitteridge), Peter Spears (Call Me by Your Name), Dan Janvey (Beasts of the Southern Wild), Mollye Asher (The Rider), and Zhao (The Rider). Zhao also edited the film, with Joshua James Richards (God’s Own Country) serving as director of photography and production designer, and featuring the sound team of M. Wolf Snyder (The Rider), Sergio Diaz (Roma), and Zach Seivers (Assassins).

Nomadland will open in select IMAX locations on Jan. 29, and in theaters and on Hulu on Feb. 19.

Zhao was born in Beijing, China, where she was raised and also in Brighton, England.  After moving to the U.S., she studied politics at Mt Holyoke College and Film Production at NYU.  As a writer, director and producer, her first feature Songs My Brothers Taught Me premiered at Sundance Film Festival in 2015 and her second feature, The Rider, premiered at Cannes Film Festival’s Director’s Fortnight in 2017 and won the Art Cinema Awards.  Her next film is Eternals.

• READ NEXT: Innis Casey Captures in Photos How the Pandemic Drove Us Indoors.