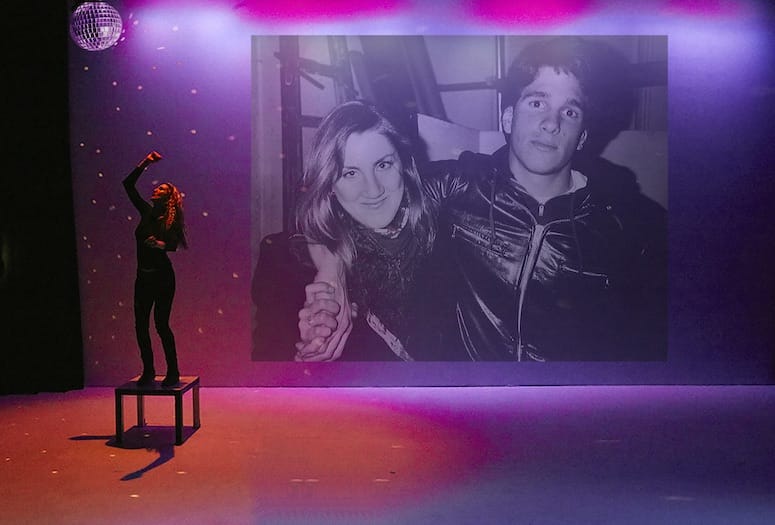 Standing out there on stage, the last thing Nora Burns wanted to do was make it all about her. That sounds nearly impossible, but when you watch David’s Friend, which screens as a drive-in experience Sept. 18 at Cinema Diverse, the Palm Springs LGBTQ Film Festival, the story she tells takes over.

The comedian’s powerful and sensory-driven performance brings alive a time in her life when she and her best friend, David, experience the wild and crazy times of the New York gay scene together. Burns, who is straight, has made sure the show has stuck to looking back at an important time in her life and what about it resonates today.

“I think solo shows can be so self-indulgent, and it’s like, yes, everyone’s life is fascinating to them, but why would it be interesting to other people?” says Burns. “It better be funny. It better be relatable. It better be interesting. So anytime there was anything where it felt self-indulgent, I was like, ‘I’ll cut the entire show, if it ever feels that way.’ So it was always really important to me that it was something that anyone could relate to.”

After performing the show on a small scale, David’s Friend premiered in New York at Dixon Place. Helped by a commission from La MaMa, a famous off-broadway theater, the show was reviewed in the New York Times and Burns eventually edited the show down to an hour that she could take on the road.

Her show was brought to film by one of her oldest friends, Todd Hughes, who with his Palm Springs husband P. David Ebersole have carved a niche as documentarians, most notably House of Cardin, the life of fashion icon Pierre Garden that screened at the Palm Springs International Film Festival in January 2020 and also as a drive-in experience at the Palm Springs Cultural Center.

The Palm Springs filmmakers were joined by Burns in a recent chat with Palm Springs Life. All three will be in attendance at the Cinema Diverse screening.

How did you and Nora meet?

Hughes: I went to Columbia and Nora went to Barnard. And I met her when I was a freshman. We were in a play, and she changed the course of my life. She took me on a date. This was 1981, first run of Mommie Dearest. And then introduced me to who would be my boyfriend for the next eight years. Took me to my first gay bar. And then I went home with her neighbor that night. We stayed friends for 40 years. And then both of us have kept this dream alive of doing something, performing or making films… 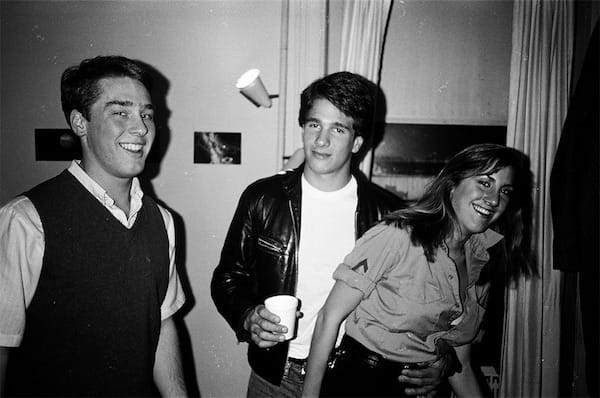 PHOTOGRAPH BY PATRICK MCMULLAN
From 1981, Todd Hughes with Nora Burns and the eponymous David, at Columbia.

What was the impetus for writing David’s Friend in 2017?

Burns: David’s Friend was like suddenly being struck by the loss of this friend and thinking, ‘What do I do?’ It was just a way to bring him back into my life, which is what I say in the show. It was probably like four years ago and it was his birthday. I missed him, but I haven’t been heart broken since he died (of AIDS in 1993). I haven’t thought about him all the time or anything. You know, I went on, I lived my life. I was still so young when he died, it was just, my career was just sort of starting and then I had my family. But then it was his birthday, I just posted a picture on Facebook, but all of a sudden, it was like, I guess just being at this point in my life when I’m sort of older and life all of a sudden has a lot more meaning and loss has more meaning.

How did you piece together that time in your life again?

Burns: Luckily I kept a journal for a few years, and I also have a lot of letters and I was kind of a pack rat. So I have letters, notes, and photos. And the show is also very visual, and Todd and David did a great job of using that in the filming. And also music is very important. So I don’t have a specific memory, but it’s basically cobbled together from a whole bunch of different things like that. 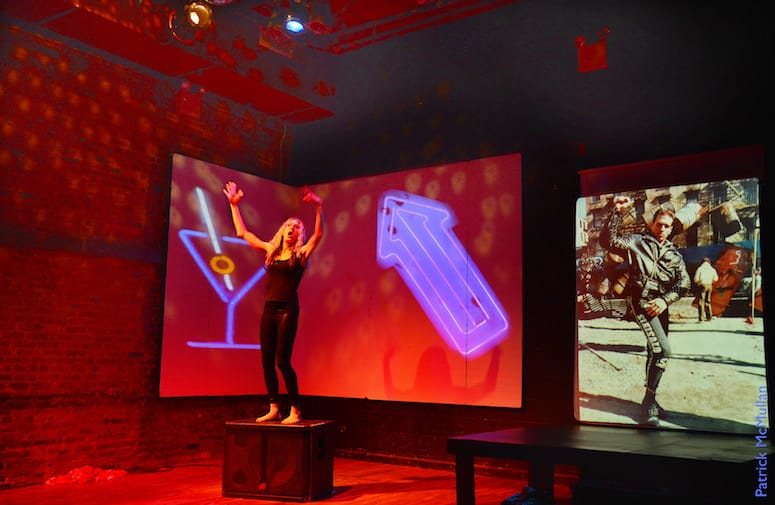 PHOTOGRAPH COURTESY NORA BURNS
Nora Burns performs with a photo of David in the background.

When you first started to do comedy, did you envision yourself more in this type of show than doing one-liners?

Burns: I’ve never done stand up. That’s not my thing. Or even improv, just because New York doesn’t really have an improv scene like LA does. I spent the ’80s not really knowing what I wanted to do, even though I’d grown up with The Carol Burnett Show and always loved doing stuff like that. And then I started doing a cable show, which kind of got me into like doing weird stuff. And then I joined this really horrible gay comedy group called Planet Q, but it was where I started writing and that’s where I met Terrence Michael. And then he, Walter,  and I left Planet Q and formed The Nellie Olesons (whose work was captured a 1997 film). But then that was when I found that I was like, ‘Oh my God, this is what I love doing, is writing my own stuff, doing my own characters.’

How did the film come together?

Hughes: We were in New York City and Nora came up to our hotel room and that was the day we said, ‘All right, you’re coming to LA.’ We had never seen her show in person, and David was very important to me too. He is one of the first guys that helped me realize I was gay.

As fate would have it, we were able to film at the Casita del Campo (in Los Angeles), which is our old neighborhood. Right before the lockdown. And then when we came back, we were launching Cardin and we came back from France to the lockdown, and we couldn’t do any more publicity. So we sat down and put David’s Friend together, and we were just so excited that it came out so well. Nora was on fire during her performance. The show is amazing.

What did you feel watching the show?

Hughes: Nora just remembered so many details and so many things that were just so evocative of that period. And really, I mean, I was friends with Nora, but John D’Amico, the mayor of West Hollywood was at that show that we filmed, and he told us afterwards, ‘Todd, that period for us. So many things she said just brought it all back.’ Because it was the time of so much excitement, because you could be gay and people were accepting you and then AIDs came in and it all just shut down as soon as it got going. 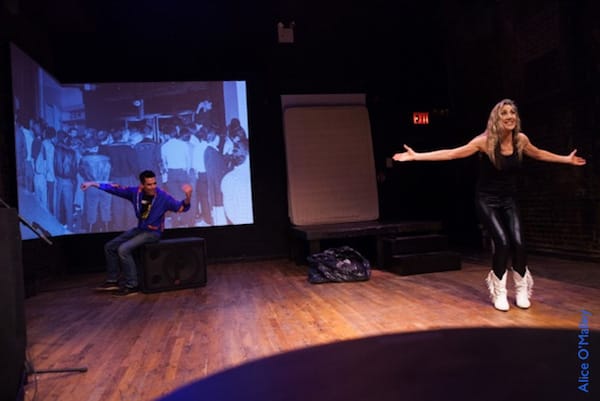 Ebersole: And one of the things that I think is powerful about the show is that I was not in their social group, but I was having a parallel experience on my own that was very similar. And most people, I think, who watched the show, have that reaction. They’re sort of like, ‘Yeah, that wasn’t my exact experience, my exact scene, but I know exactly what she went through with her friends in that world.’ So it kind of hits everybody.

Were there any challenges in filming the show?

Ebersole: The film itself is two performances seamlessly cut together, because she and Billy (Hough, who plays an on-stage DJ) are so on point that you could even say, ‘Could you go back and can you guys do that again? And they would hit their marks with the exact same kind of inflection and routine. It’s very well rehearsed. So they know their show; the show is rock solid. That’s why it goes so well.

What can people take away from the film that is relevant to them today?

Burns: There’s friendship, there’s love, there’s being young. For anyone who’s ever loved New York or just loved where they lived, because New York was my, ever since I was like 15, I was like, ‘New York, New York,’ and I moved there when I was 17 and I’m a New Yorker to my core, much to my husband’s disgust. And hopefully it’s funny and the music’s fun.

Hughes: When Nora talks about her children, her son can walk around in high heels and her daughter has all these gay friends, and they just take it for granted. Our nieces and nephews do too. Right? Those kids just don’t know that there was this whole world before that. And that people really changed the world by what they did, to give them a much more creative, expansive wonderland to live in.