The marquee venue for Oasis Music Festival was as big a star as any act that appeared on its stage during the five-day event in May. The historic Plaza Theatre, closed since The Fabulous Palm Springs Follies dropped its curtain for the final time in 2014, opened wide for a lineup of brilliant performances by bands such as The Milk Carton Kids, Lee Fields & The Expressionists, and The White Buffalo as well as local standouts including Giselle Woo & The Night Owls, Blasting Echo, and The Flusters.

Postponed twice due to the COVID-19 pandemic, the inaugural program staged 81 performances at 21 venues and clocked attendance at 5,036 music lovers. 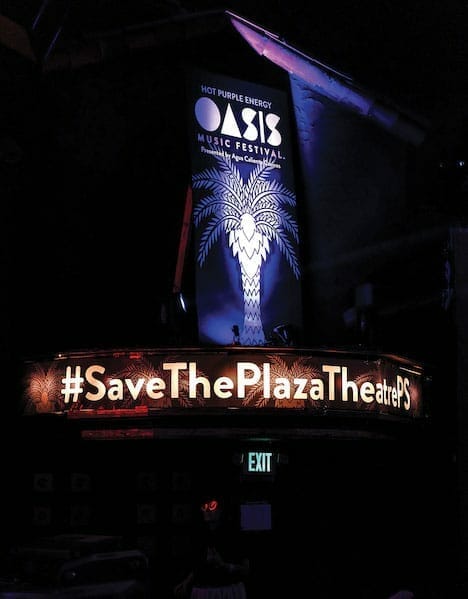 A portion of the festival's proceeds went to the restoration of The Plaza Theatre.

The festivities began with a reception at Juniper Table at the Kimpton Rowan Palm Springs, where the jazz group Bayou Bump eventually marched in to lead guests in a groovy parade toward the nearby theater for the ribbon cutting.

Organized by Palm Springs Life, the festival aims to return Palm Springs to its musical roots, stimulate business for local restaurants and retailers, and raise awareness and money for the restoration of The Plaza Theatre.

The 759-seat theater, which opened in 1936 with the world premiere of George Cukor’s Camille, starring Robert Taylor and Greta Garbo, became the jewel of downtown, hosting film screenings, The Edgar Bergen and Charlie McCarthy Show broadcast radio program, and performances by legends such as Frank Sinatra, Jack Benny, Bob Hope, and Bing Crosby. The vaudeville-style Follies ruled the stage from 1991 to 2014. The city of Palm Springs, which owns the theater, has launched a capital campaign to restore it to its former glory and add to the buzz at the center of downtown. 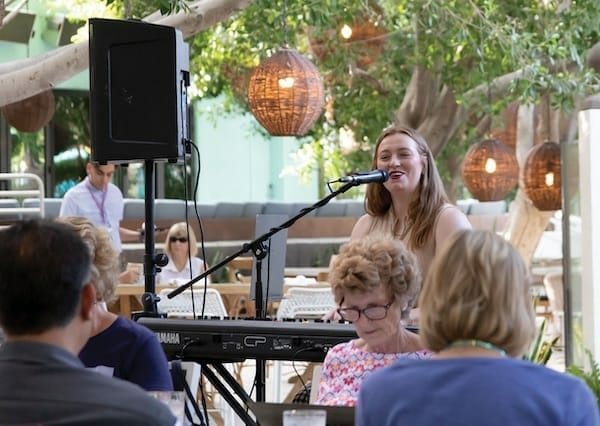 Shea Givens Music performed at Margaritaville Palm Springs — one of several Palm Springs venues that partnered with the festival. 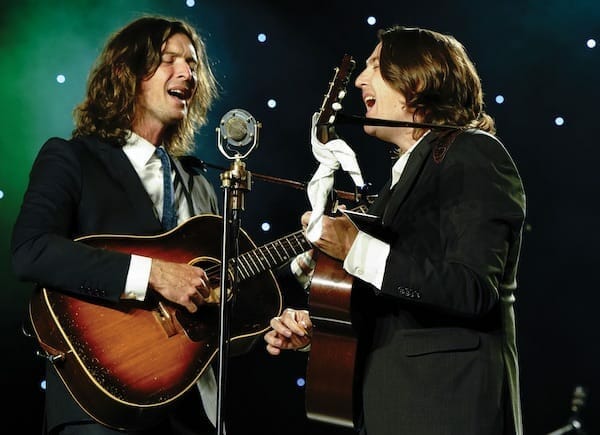 The Milk Carton Kids, an indie-folk duo, at Plaza Theatre.