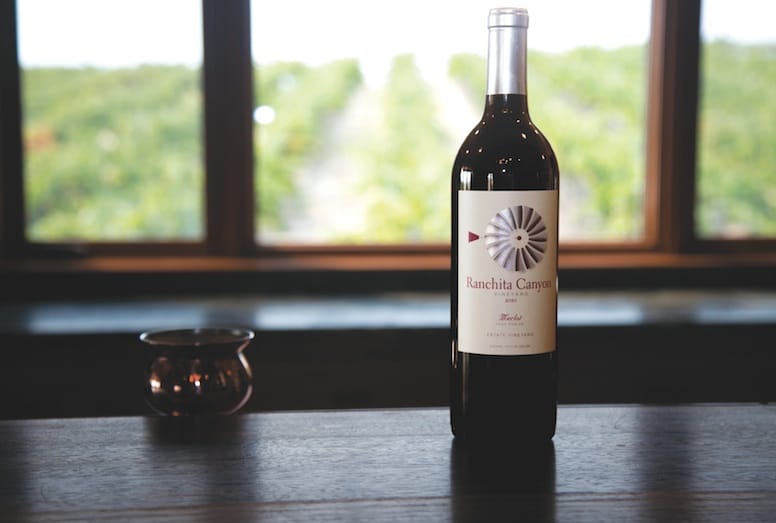 Unlike recent trends in wines and celebrity winemakers, Ranchita Canyon owners Bill and Teresa Hinrichs are not rich or famous, nor have they ever produced anything beyond spectacularly good wines culled from their planted 74 acres.

Originally planted in 1970, the Ranchita Canyon vineyards produced wine under the Ranchita Oaks label until 1982, when the winery was closed. Bill and Teresa stumbled on the property while searching for a “retirement” project and purchased Ranchita Canyon in 1999. They immediately replanted and revitalized the vineyard.

This year commemorates Bill and Teresa’s 16th harvest at Ranchita Canyon, putting them among the more senior winemakers in Paso Robles. Yet since the beginning, their philosophy on winemaking has never wavered: a belief that wine is “made in the vineyard.” Stop in for a tasting on the right fall day, and you’ll find yourself sipping next to half-ton containers bubbling and foaming with freshly picked fermenting grapes, while Bill, resplendent in waders, wields his punch-down tool like Ahab in Moby-Dick. Eleven different varietals grow in the Ranchita Canyon vineyards, including some familiar to all wine lovers (zinfandel, petite sirah) and some known only to a handful of connoisseurs (Cabernet Pfeffer, Lagrein).

The crown jewels of Bill and Teresa’s vineyard, though, are their Bordeaux vines. They grow all five of the noble red grapes of Bordeaux — cabernet sauvignon, merlot, cabernet franc, petit verdot, and malbec.

Ranchita Canyon’s most recently released vintage of merlot — its 2010 Estate Merlot — is easily the glittering gem in the Hinrichs’ Bordeaux crown. It would work well with any steak out there — delicate enough to pair with filet mignon but with enough tannin and acid to tackle a baseball-cut top sirloin or New York strip. Despite what Miles said about merlot in the movie Sideways and the perception of the grape since, merlot is still alive and kicking and thriving in the right hands.

Chris Kern is a wine writer and wine and culinary entrepreneur. He is the president/CEO of PasosBestWines.com and ForgottenGrapes.com.

The Ranchita Canyon 2010 Estate Merlot is one of the three featured wines in the November shipment of the Palm Springs Life Wine Club. Membership is just $99 per shipment and involves no commitment.

Visit www.palmspringslife.com/wineclub to become a member and receive this wine for yourself.