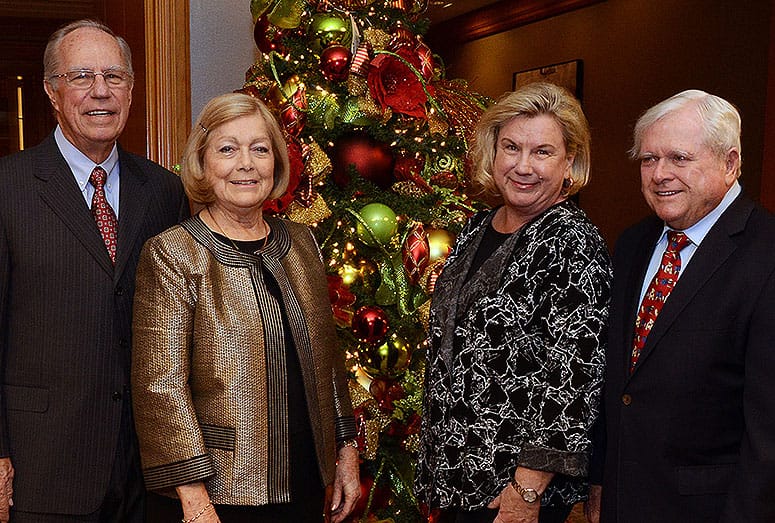 A non-profit organization dedicated to preventing child abuse, Olive Crest recently hosted the event “One Life at a Time,®”  at its 12th Annual Holiday Gala at the Renaissance Esmeralda Resort and Spa in Indian Wells on.

Co-chaired by Board President, Ron Serasio and Trustee Roger Johnson, the event was attended by more than 200 guests elegantly dressed in festive holiday attire.  The event began with a cocktail reception and silent auction, followed by dinner, a live auction and a special musical performance by the Palm Desert High School Choir Chamber Singers.

Honored at the event were Patrick and Edeltraud McCarthy, who received the prestigious 2015 Brinton Child Advocacy Award. The McCarthy’s have demonstrated a passion for making a difference in the lives of many children with the support of their Family Foundation.

Their financial commitment is an outward expression of their heartfelt desire to create moments of lasting change in children’s lives. The McCarthy Family Foundation is known throughout the desert, not just for supporting Olive Crest but also for decades of generous giving. The Brinton Child Advocacy Award is named in honor of Dr. and Mrs. James Brinton, founding trustees of the Coachella Valley Region of Olive Crest.