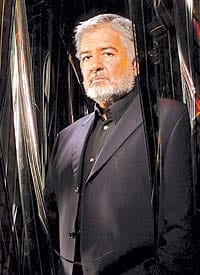 When they took over the helm of the Palm Springs International Film Festival three years ago, Executive Director Darryl Macdonald and Director of Programming Carl Spence sat down to strategize.

“We very consciously mapped out what we felt was an inclusive and very thorough outline for where we wanted to take the festival,” Macdonald says. The annual event (now in its 17th year) had become “cemented” in the perception that it was primarily for local cinephiles.

“There had been a period where it was respected, but it kind of plateaued and didn’t strike out in any new direction or generate new audiences,” Macdonald says. “It played to the faithful.”

However, attendance grew 20 percent each of the past two years (last year’s attendance was just under 106,000); and Macdonald was surprised when a survey revealed that more than 60 percent of the audience came from outside the Coachella Valley. “It was striking to me that almost 10 percent came from New York state, and a large number from the Midwest,” he notes. “That says something about the tourism that the festival has helped build over the years.”

In an attempt to broaden audience demographics, the festival keeps an eye on trends to diversify its offerings. In recent years, Asia — particularly Thailand and Japan — represented filmdom’s vanguard. “The focus now is turning back toward Europe,” Macdonald says.

“Every year we look for where the hot spots are in world cinema,” he continues. “Most recently, South America has been strong, and Chile is emerging as a new hotbed of exciting cinema.”

The festival continues to build its Ciné Latino series, which recently earned a $20,000 grant award from The James Irvine Foundation. The roughly 30 films of Spanish-language films being shown this year include many from South America, as well as from Latin America, Spain, and Portugal.

Another region that has had what Macdonald calls “a particularly good year cinematically” is Italy, with not only new talent, but also established filmmakers at the top of their form.

Because the festival reflects shifts in film culture, this year’s programming includes a vast selection of documentaries, which are attracting ever-larger audiences. “Documentaries have emerged front and center in recent years as a vital area of filmmaking,” Macdonald says.

The newest element of the festival, Archival Presentations, presents films that people rarely have an opportunity to see, especially in a theater. “The festival was designed originally to embrace the past, the present, and the future of cinema,” Macdonald points out. He says it has done well presenting contemporary world cinema and introducing new filmmakers and emerging hot spots, but hasn’t paid much attention to cinematic heritage. “We felt it was time to once again put a little emphasis on where we are coming from.”

Returning for a second year is a late-night series called Supercharged Cinema. “It’s part of the same plan to broaden festival audiences,” Macdonald says. “I don’t think young audiences thought it was a festival for them.” In another bow to the younger crowd, the festival offers free tickets to high school students for three films in the Golden Lens series. Highlighting Third World cinema, the films come with ready-made curriculum/study materials.

Encompassing an array of genres, geographical origins, styles, and works by both established and first-time directors, the festival aims squarely at its target.

For a week, Palm Springs filled with twenty- and thirtysomethings, cameras dangling from their necks, wearing the studied casualness of shorts and T-shirts and emulating their idols, Spielberg and Soderbergh. These were young filmmakers hoping to achieve glory and notice for their short films at the Palm Springs International Festival of Short Films, one of the largest short-film festivals in the world.

Out of 2,400 entries from 45 countries, the festival’s committee narrowed down the search to only 324 entries and showed them to enthusiastic crowds at often sold-out events. Palm Springs Mall was transformed into a video library, conference rooms, and a canteen for the filmmakers.

Justine Morris of England, who created Can You Take It? — a young woman’s coming-out story featured in Saturday’s sold-out “Girl on Girl” program — was eager to get her “little gay film” in front of a straight audience. “That’s a real test for me, to see if mainstream audiences can sympathize with the character,” she said.

Amid young filmmakers meeting with industry professionals from Fox Searchlight, the Independent Film Channel, and independent producers looking for promising talent, director Kishore Verma talked about his film, Enfant Terrible, a gory journey into London’s body-art movement, which both repelled and fascinated audiences. “The film is not compromising,” Verma said.

Like Morris, he and his producers pored over lists of short-film festivals and started sending out their film. Because Palm Springs was his first festival, he had no expectations, but admitted a highlight was when two teenagers came up to him after his showing and told him they loved the film. “That was great to hear, because kids are very honest,” he said.

Moth director Simon Corris and writer Clifton Stewart said the festival was different from European festivals, where filmmakers usually are cagey about their projects and funding. “Here people are asking about what everyone’s doing next, and there’s not a sense of holding back,” Stewart said. “There’s a lot more audience participation, and their opinions are heard.

“In England, festivals are almost exclusively attended by filmmakers. They are very competitive and always want to know how they can score the money you were given for their film,” Corris says. In Palm Springs, he was surprised how many “regular people” made up the sold-out crowds and asked pertinent questions in the question-and-answer period after a screening.

Emmanuel Vieilly, whose film C’est en Septembre premiered in the two “Crime & Punishment” programs, said that in France it is difficult to promote and fund short films. Palm Springs, he said, offered a respected festival close to the Hollywood motion picture industry. That only increased the possibility of someone from a major studio seeing his film: a 10-minute, fast-paced crime drama with a twist based on 9/11.

“It was good to come here, because we didn’t know if American audiences would accept it or if they would be too sensitive,” he said. “We’ve gotten a good response.”

Most of the filmmakers said that aside from the Clermont-Ferrand Short Film Festival (the largest and oldest international film festival), Palm Springs’ festival is becoming the most important showcase for short films.

Festival Director Darryl Macdonald says the annual event is keeping the art of short film alive, as well as enlivening the community. “The huge filmmaker and industry attendance has now certified this event as the most important short film festival in North America,” he proclaims.

Earl Greenburg, chairman of the festival, agrees. “I know this festival has come of age,” he says, “because my son, a big-shot agent in Hollywood, finally returns my calls.”