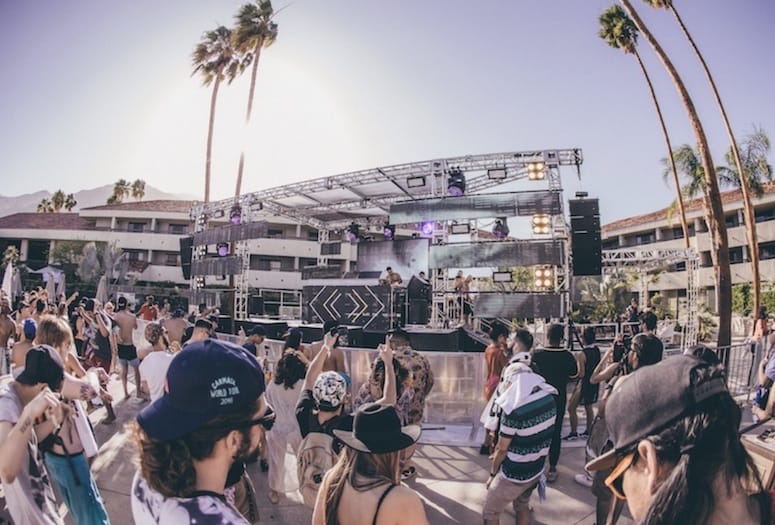 A pop-up private campsite open during both weekends of Coachella and Stagecoach. Furnished tents are available, as well as RV and pitch-your-own-tent sites. The exact location is hush-hush, but it’s only 6 miles from the Empire Polo Club. A fleet of 55 private charter buses takes care of transport, driving to and from the camping area every 30 minutes.

If you can procure an invite to this massive yet exclusive Coachella after-hours party, you’re in an elite club that includes perennial festivalgoers Rihanna, Leonardo DiCaprio, Alessandra Ambrosio, and the Hilton sisters, among thousands of other attendees eager to rally. The event runs 10 p.m. to 4 a.m., Saturday, April 14, during the first weekend of Coachella.

While there is no shortage of pool parties across the Coachella Valley, the official Goldenvoice daytime event makes a splash at Hilton Palm Springs. Both weekends, catch Coachella artists like Odesza, Illenium, and Deorro spinning poolside. Single-day wristbands start at $20, and a weekend pass will run you $50.

When you’ve been to as many music festivals as Elizabeth Burbank (“a couple hundred,” the L.A. native says), you get the packing routine down pat. She’s a fan of pockets and practicality. And because there’s nothing worse than flailing around with a shoulder bag, she created a stylish solution. The unisex Dirt Bags, which start at $175, are handmade in L.A. of leather, waxed canvas, and upholstery materials. It’s worn like a backpack — one that’s lightweight and ergonomically balanced — and has two zippered pockets to hold everything you’ll need. 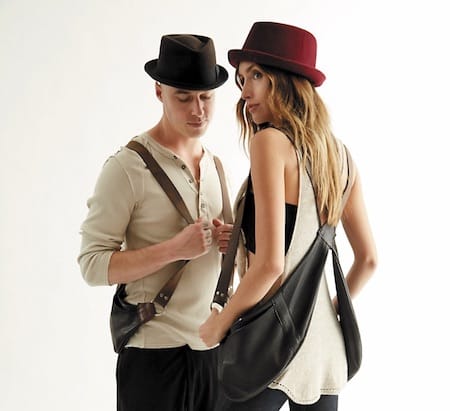 We asked Burbank to share her Coachella packing tips:

Even though recreational marijuana is legal in California, state law only allows its use in private places, like your home, and not in public, like Coachella. So if you think you can bring a joint to the fest, you're wrong. Indio police will allow you to deposit into a can anything considered illegal to bring on festival grounds at the entrance gate, no questions asked.

Knives, weapons, glass, and anything illegal.  Also: Forget the glow sticks, LED gloves, and laser pointers, as well as cameras with a detachable lens — security won’t allow them inside.