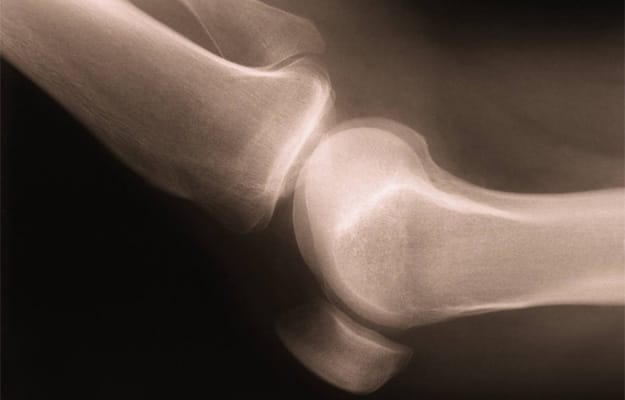 Knees take the brunt of most of our activity, so it’s little wonder we injure and wear them out. “The knee is the most common joint we treat,” says Dr. Raj Sinha, an orthopedic surgeon at John F. Kennedy Memorial Hospital in Indio. “There are 600,000 [replacement surgeries] a year in the U.S.” That’s twice the number of hip replacements.

Last November, Sinha began performing a breakthrough implant procedure (only the 100th such surgery worldwide) using a custom-made iUni implant that allows doctors to preserve more of the patient’s ligaments, tendons, and cartilage.

The less-invasive surgery also shaves hospital stays by two-thirds. “The ability to get back to activities is sped up by 50 percent,” Sinha says. He notes that there is a 10 percent failure rate in traditional partial knee replacements, requiring a second operation within two years.

Even though the iUni implant and the tools used with it are patient-specific, the surgery is less expensive than traditional knee replacements. However, it takes four to six weeks to have the iUni implant made, and some patients don’t want to wait that long. For them, Sinha performs robotic partial knee replacements, using 3-D modeling from a CAT scan to program the robot.

“There are only 13 orthopedic surgical robots in use right now,” says Sinha, who has performed about 70 such surgeries. He is conducting comparative studies to determine whether the iUni or robotic surgery provide the best outcome.

Sinha is currently the only desert surgeon authorized to perform iUni surgery. ConforMIS, the company that makes the device, requires doctors to train with surgeons who have previously performed an iUni replacement. Sinha now trains others on the West Coast and works with ConforMIS to design new instruments.

You earn frequent flyer points when you travel and save money with a club card by regularly shopping at same store. Why not similarly reap the rewards of a loyalty program aimed at wellness?

The Gift of Life program at LifeStream blood bank in La Quinta issues points that donors trade for free heath screenings. Donors earn from 100 to 800 points, depending on the type of donation (i.e., platelet, plasma, whole blood, double red cell) and an additional 50 points for completing a post-donor survey, plus 50 points for being on time for appointments in which specific components of the blood are removed. Donors trade those points for one of the following tests: heart disease risk (1,800 points), PSA/prostate screening (2,600 points), diabetes (2,800 points), and thyroid (3,600 points). Free cholesterol tests are offered a few times a year.

“People have gone on to further medical care to take care of a problem they didn’t know they had,” says Dr. Frederick Axelrod, LifeStream president and CEO and a recent appointee to the federal Advisory Committee on Blood Safety and Availability.

LifeStream also awards $3,000 college scholarships that are based more on character than grade point average or athletic ability. “It opens the opportunity for individuals that really might be leaders but aren’t as good at taking tests or being able to follow the classic academic structure, but who really can offer a lot to a community and to a college,” Axelrod says. To qualify, high school students need a 2.0 GPA and must show their participation in community service and write an essay about why they deserve a scholarship.

While there’s no substitute for exercise and a healthy diet, medical researchers have recorded promising results in trials of polypills to ward off stroke and heart attack.

At the end of March, mainstream media reported on a multidrug polypill tested in India on 2,053 people who had one cardiovascular risk factor (i.e., being overweight, having smoked in the last five years, having type-2 diabetes). At the end of three months, the researchers found that the polypill lowered blood pressure, heart rate, blood clotting, and cholesterol levels. The researchers estimate the pill could reduce heart disease and risk of stroke by more than 80 percent.

This was not the first testing of such a polypill (combining three blood pressure-lowering drugs, statin, aspirin, and folic acid). A trial in England, reported in BMJ in 2003, produced similar results. Researchers concluded that the pill would reduce ischaemic heart disease by 88 percent and stroke by 80 percent among people 55 and older.

Noting the high-risk factors in modern society, the researchers concluded, “No other preventive method would have so great an impact on public health in the Western world.” That statement appears to rely on the safe assumption that people en masse are not going to suddenly start eating healthy, exercise, and stop smoking.

You could almost hear the resounding “Yes!” when media reported that studies showed people have a type of fat that burns calories. One can picture some enterprising diet-product maker in the lab developing milkshakes with the right kind of fat (called “brown” fat) to counteract the wrong kind of fat (“white” fat) in accompanying French fries.

As published in the New England Journal of Medicine in April, studies suggest that a person could lose weight (without eating less or exercising more) merely by activating metabolic brown fat.

Those who live in colder climes finally have an advantage over desert dwellers: low temperatures activate brown fat. The rest of us will be waiting for that milkshake that not only will have the right ingredients but also will lower our body temperatures for a double whammy.

In Dubai — the land of luxury and superlatives — you can ski indoors, sleep in a hotel room with underwater views, and buy manmade islands laid out in a map of the world. Since March, you can book time in the Human Regenerator at Madinat Jumeirah resort’s Talise Spa.

The German manufacturer of the new machine based on quantum physics claims the spacey module’s pulsed magnetic rays stimulate the mitochondria within cells and regenerate 90 percent of the body’s energy-producing capacity, with the following effects:

* recharging imbalanced cells;
* restoring bio-energy to a perfect level;
* strengthening the immune system;
* optimizing all bio-energetic processes in the body, including metabolism and cell division; and
* enhancing skin structure and well-being.

After you enter the Human Regenerator and activate the touch-screen panel, the module moves into a horizontal position and the stimulation begins. Some people notice a tingling sensation in their hands and feet. The session lasts 30 minutes and can be repeated as often as wanted without risk.

A second Human Regenerator is scheduled to be available for booking sometime next year at the new Spaceport America in Las Cruces, N.M.

Sessions at Talise Spa cost $126 and can be booked either through the spa (mj-talise@jumeirah.com) or in a travel package (www.amaro-bremen.de).

In addition to feeling physically ill, women with cancer endure the emotional strain of hair loss and skin changes. Developed by the Personal Care Products Council and supported by the American Cancer Society, the Look Good … Feel Better program helps restore a sense of beauty and confidence. Volunteer cosmetologists teach women how to use wigs, cosmetics, and other skincare products to enhance their appearance. The cosmetics kits alone, donated by the cosmetics industry, are valued at $350.