Le Creuset Creates a New Shade That is Desert Appropriate 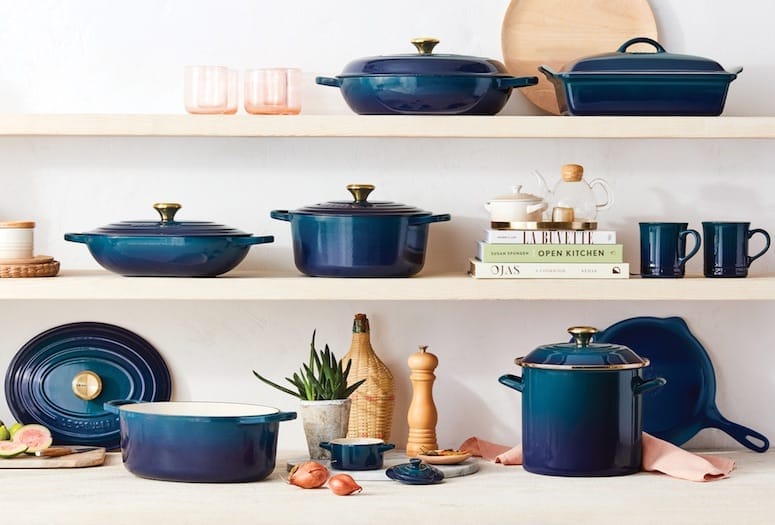 Le Creuset applies an all-over base in lush green before applying the gradient in blue.
PHOTOGRAPH COURTESY LE CREUSET

Unmistakable cast-iron cookware by Le Creuset has graced proud countertops since 1925 in more than 45 timeless and trend-setting colorways. Yet the French manufacturer’s newest shade, Agave, is a brilliantly enameled first. To create Dutch ovens and covered bakers with a subtle ombre and “deep nuanced elegance,” the company applies an all-over base in lush green before applying the gradient in blue. Perhaps as a toast to their doubled efforts, Le Crueset finished the line with Champagne-gold knobs. Whether to complement or contrast other hues in your lineup or spark a new collection, this desert-appropriate shade seems worth the wait.

The black kitchen trend train has not left the station. Get on board with The Coordinates Collection, newly released by Cambria in conjunction with world-renowned design firm Gensler. This modern kitchen with open shelving and no upper cabinets leaves an even larger surface for the dramatic, full-height Cambria backsplash in Mammoth Cave Matte along with matching hood cladding. The back counter perimeter surface is Foggy City Matte; the island countertop wears Black Rock Polished. Soft moss green-painted cabinetry and a natural wood island lighten the mood. 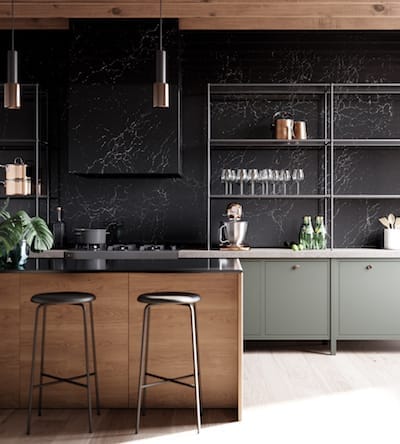 The Metropolitan Museum in New York isn’t the only place to admire rare specimens in silver from Tiffany & Co. that were produced by hand during the aesthetic movement (circa 1870–­1910). Another is Todd & Company on El Paseo, home to modern and estate jewelry and objets d’art. Displaying raised and inlaid details, these highly specific and unusal pieces embody the pursuit of beauty and creative expression that shaped the post-Victorian era. 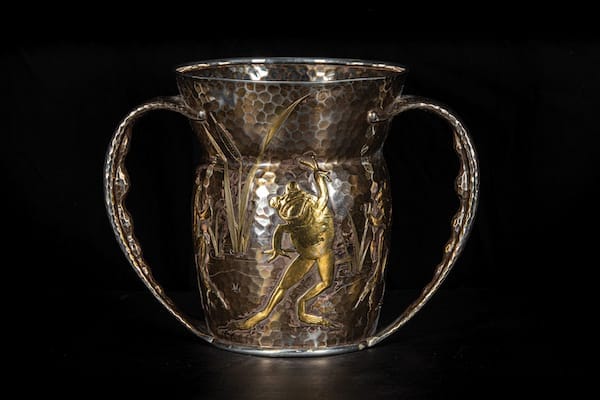 Butterflies, frogs, swirling monograms, and botanical motifs on hammered silver are Tiffany’s interpretation of Japanese style from the 18th and 19th centuries. “Some also incorporate mokume, the mixed-metal process used in 17th-century Japanese sword-making,” owner Todd Johnson says. “It’s a fusion of metals and gold, silver, and copper that creates a woodgrain effect.” Tiffany & Co. — under the design direction of Edward C. Moore — began experimenting with mokume around 1877 and took home grand prizes at the Paris Expositions for their original achievements. As one of the other stewards of a similar collection of vases, trays, and picture frames, The Met describes Moore as “a defining figure in the history of American silver, who who played a pivotal role in shaping the legendary Tiffany design aesthetic and the evolution of The Met.”

Known for sparkling embellishments, Grayse boutique on El Paseo has launched a glamorous way to eternalize your dog or cat: A rhinestone-encrusted, custom-designed throw pillow in his or her likeness. Using your favorite photo, their design and color experts select and hand-place a harmonious blend of faceted rhinestones. 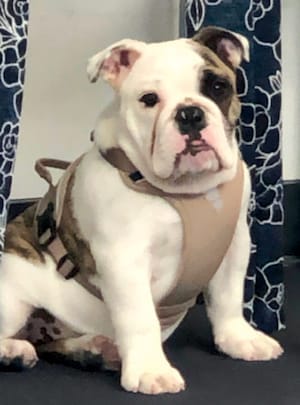 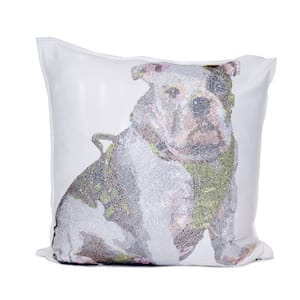 The three-dimensional image shines on your choice of faux suedes in four sizes, from 14 to 22 inches square. “All pets are loved and cherished, so we create these with great passion,” says senior creative designer Maria Lopez. “This special project is close to our hearts, not to mention those of our clients’.”

The closet-plus-office space in style blogger Kelly Lee’s Andreas Hills home, which was featured as The Christopher Kennedy Compound: Modernism Week Show House in 2017, deserves another look. Designed by Natasha Minasian of Minasian Interiors with TCS Closets, Kelly’s “cloffice” feels even more relevant now. First, carpet is back. (Hers is available at Carpet Empire Plus.) It’s noise reducing and soft underfoot, adding a layer of comfort to your day. As for pulling off the palm leaf wallpaper and patterned carpet? “Mixing patterns can be tricky,” Kennedy says. “One rule I follow is to make sure the scales are very different. In this closet, the small scale of the carpet does not compete with the large scale of the wallpaper, so they mix beautifully. And as many of us look for alternate locations to work these days, Kelly’s ‘cloffice’ seems completely ahead of its time. 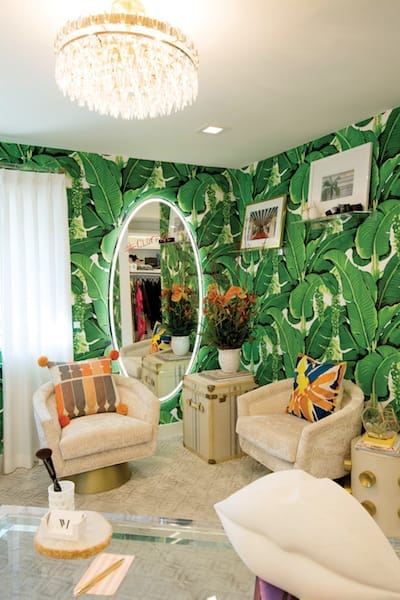 The wonderful acoustics and gorgeous design make it the perfect place for all those video conferences.” (Keep up with designer Kennedy through his Friday Five emails, where cocktail recipes and style tips meet his best bets to support local businesses and check out Kelly’s blog at Kelly Golightly.)

HAVE COFFEE WITH SHAG

As a that’s-so-Palm Springs gift or a morning pick-me-up for yourself, two displayable new sets by Shag start the day off bright. Four 12-ounce bags of Arabica-bean coffee feature flavors blended by boutique java company Expedition Roasters especially for The Shag Store. The coordinating set of four 15-ounce mugs (“oversized for maximum caffeination”) were made in the U.S. Each design is a peppy wake-up call, no matter what time you get going. 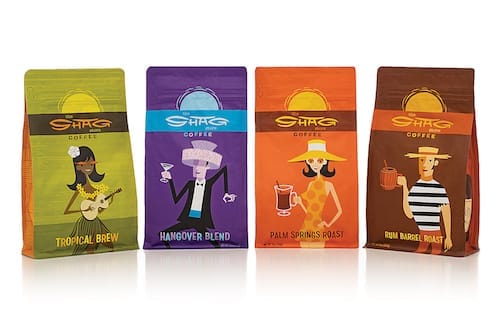 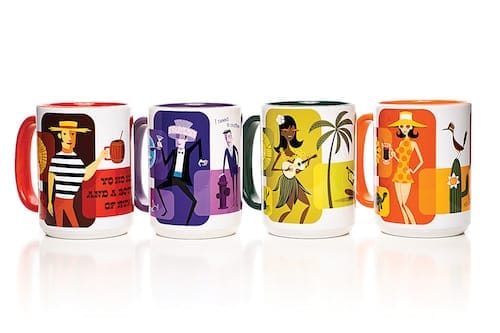 • READ NEXT: Idyllwild A-Frame Houses For Sale Are Hard to Come By.