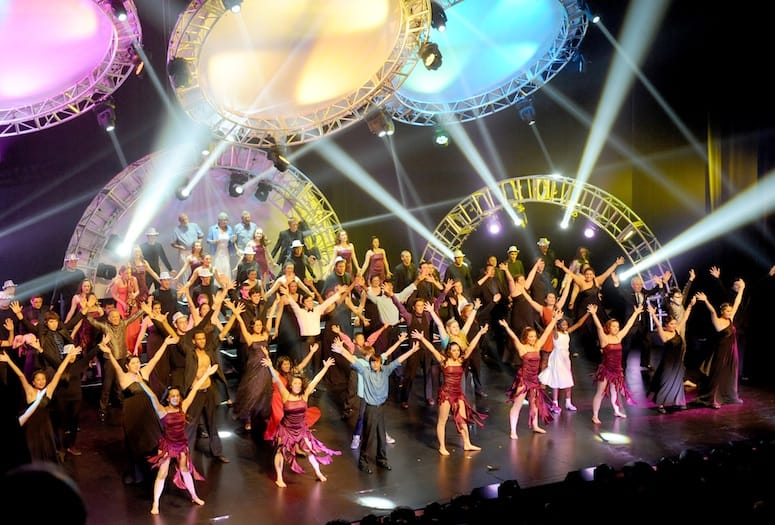 For 17 years, Open Call has presented a vast array of talent from across the Coachella Valley in a talent show contest at McCallum Theatre in Palm Desert.
Photo by Jack Hartin

Kaitlyn Farley knew music was her calling from a young age, but opportunities like the annual Open Call at the McCallum Theatre took that passion to another level.

“I grew up as a desert rat right here in the Coachella Valley, and a big part of my high school performing experience was enhanced by participating in Open Call and working with the McCallum,” Farley says. “I got to work with pros in the business and many have become my close friends.”

Open Call has been one of the valley’s most popular events for 17 years, offering local artists the chance to compete in front of live audiences that vote for their favorites to win a cash prize. This community talent show sells out each year with the proceeds benefiting McCallum’s extensive educational outreach program.

Kaitlyn Farley, a Coachella Valley native, will make her third appearance at Open Call this weekend.

Farley made her first appearance at age 15 in Open Call in 2007, and again in 2009, and now six years later is back for her third time. Open Call runs April 16-18 with four performances at the McCallum Theatre.

“I’m glad to be back,” says Farley, 23, who majored in music in college. “I have more knowledge and I have more of a sense of myself. I’m bringing back more to the table with something fresh.”

While her vocal ability crosses over different genres, she will sing, “I Am What I Am,” from famed Broadway and film musical, La Cage aux Folles. “I chose this song because I think I have a unique voice but throughout my years of singing,” she says. “People have told me that my voice should sound or shouldn’t sound a certain way. It took me a few years to come into my own element and my own strength and to put it out there. This is an anthem to self-respect and confidence.”

Farley currently works as an arts enrichment teacher at Tools For Tomorrow, gives voice lessons and tutors math students. She believes music will continue to be part of her future  mixed possibility with the field of medicine. The pre-med classes she took in college sparked an interest, and Farley wants to incorporate these two interests possibly in medical school or in a music therapy/prevention program.

When she isn’t singing:

• I like to kayak…take a trip to the beach and kayak.

• I like watching performances at the McCallum and other local theaters.

• I love performing so Open Call is a great chance to do that."