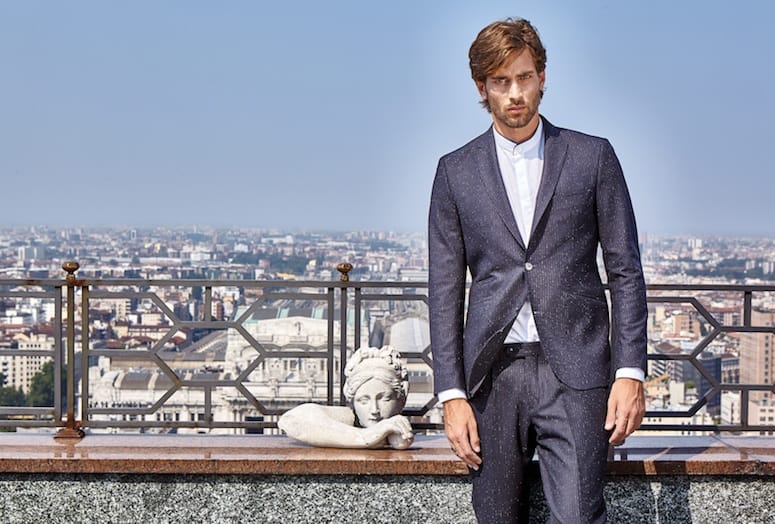 Menswear designs like this is what helped put fashion designer Christopher Bates on the map.
PHOTO BY MARCO ESPOSITO

Their looks represent almost every design genre, from sportswear to gala-ready gowns, drawing upon influences from around the world.
Canadian-born, Milan-residing Christopher Bates fuses Old World craftsmanship with contemporary design in his menswear, while American designer Lippes shows his exquisite and elegant women’s fashions. Mikael D, who resides in Beirut, Lebanon, but was raised in Canada, brings powerful and provocative luxury to the runway.

Together, these designers present compelling collections that represent the fashion-forward splendor in the week to come. Welcome to Opening Night.

Menswear designer Christopher Bates is known for his slick duds: Tuxes with sleek tailoring, luxe leather jackets, and sumptuous textiles. His collections are modern while pointing firmly toward the future.

You’d hardly guess he was weaned on neon and surf tees.

“My mom actually dressed my brothers and I in some really cool clothes when we were kids,” he says. “I had this one pair of shorts that had a faux leather–trimmed shark bite on one leg. Those were my favorite.”

Fashion has always been a part of life for this Vancouver-born, Milan-based designer. His passion for fashion was ignited when he was just a boy.\ 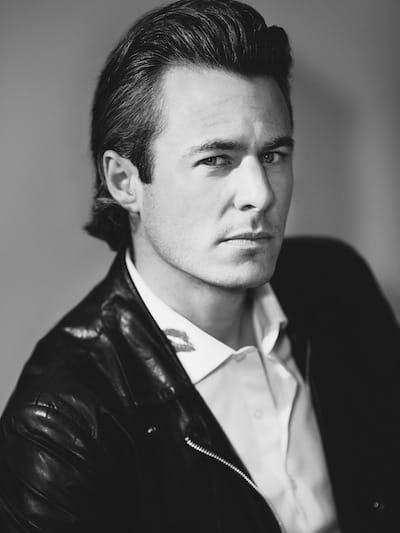 “I always loved clothes and was aware that when I put on a cool outfit I felt better and got a boost of energy,” he says. “I started sketching my own ideas for clothing and logos, and by the time I was 13 I had a book full of designs.”

Still, it wasn’t until Bates landed in Stockholm in 2005 that his stylish path became clear.

“I felt seriously inspired,” he says. “That was when I knew I had to actually create my ideas or I would have serious regrets later in life.”

Now Bates finds inspiration everywhere, from the sharp lines of buildings to the precision of Leonardo da Vinci’s Vitruvian Man, with style icons that range from James Bond to David Bowie. Named one of Canada’s Most Influential People by the Alberta Youth Congress, Bates was the only menswear designer to be featured in the Mercedes-Benz Start Up program and shows at Toronto Fashion Week. This year he will design the new uniforms for Air Canada.

“When I’m working on a new collection, I tend to draw inspiration from architecture, geometry, and anatomy,” he says. “I also listen to a lot of music by Depeche Mode. It seems to put me in the right mood for designing.”

Bates will be showing looks from his most recent fall and spring collections during Fashion Week El Paseo, his first major show in the United States.

You will rarely find a Hollywood event without a Mikael D  creation sauntering down the red carpet.

Each piece is a captivating work of art — the kind that makes you stop and stare. It is the manifistation of the designer’s fine balance in craftsmanship between opulence and sex appeal.

Mikael Derderian grew up in Beirut, Lebanon, surrounded by creativity and design, the son of a Canadian-Armenian father and a Lebanese mother, who worked together designing and manufacturing children’s clothing. After war broke out in Lebanon, Derderian’s family relocated to Canada. At school, Derderian majored in multiple disciplines, including science, film, and philosophy, finally graduating with a marketing and business degree.

He spent the next decade working with fashion houses internationally, with industrial groups and couture houses. 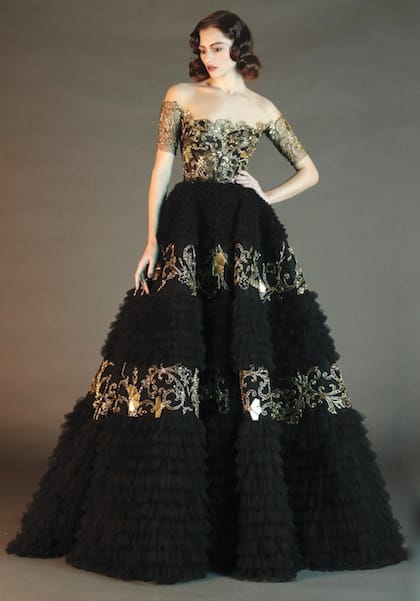 In 2012, Derderian launched his own label, Mikael D, intertwining cultural influences from Canada to Lebanon, Italy to France. “Most of my inspiration comes from an art form that is not related to fashion on any level, from nature to architecture, painting, music, and technology,” he says. “I do all my creative research everywhere except my office.”

He harmonizes soft ruffles with sheer fabrics. There are moments of intricate crystal detailing and strategically placed lace.
His dresses have been featured on the lauded pages and covers of magazines like Vogue and Marie Claire and L’Officiel, but the designs take on new life on the runway.

With Derderian’s history of stimulating, whimsical productions, you can expect to enter a world of ultramodern fantasy. 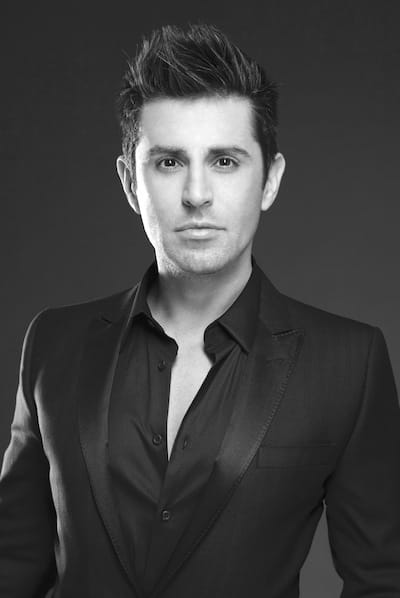 Adam Lippes began his career in fashion at Polo Ralph Lauren before moving to Oscar de la Renta, where he grew to be one of the youngest creative directors in the luxury fashion world.

In 2013, the Adam Lippes brand made its debut. Launched to critical acclaim, the collection revolves around understated and luxurious designer sportswear, anchored in refined fabrics and impeccable tailoring.

Lippes graduated from Cornell University and splits his time between New York City and the Berkshires in southwestern Massachusetts. 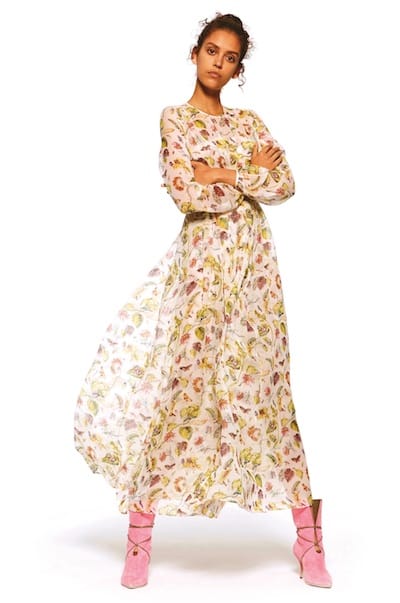 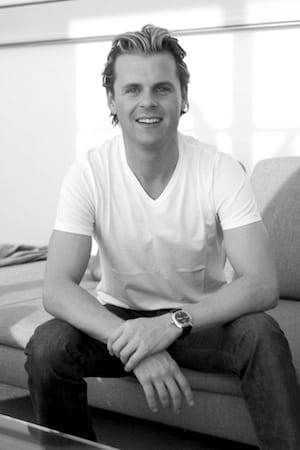