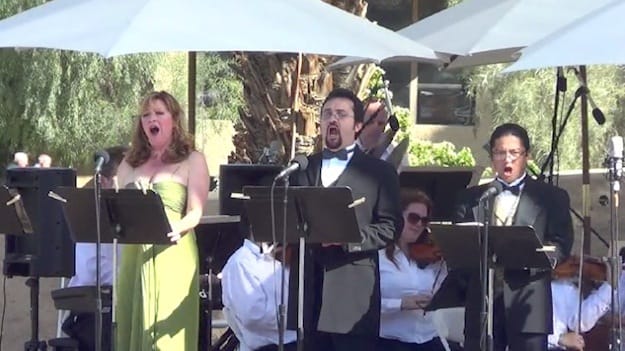 This weekend’s tribute to opera legend Barbara Smith Conrad will not be the last time OperaArts Palm Springs creates a special event.

“It has now evolved into much more diverse participation,” Rosenthal said. “We already think we have a candidate for next year.”

Rosenthal’s viewing of Smith Conrad’s biopic documentary, “When I Rise” is what spurred OperaArts to build an event around the opera star.

“I thought we just don’t want to show the video, but we want to create something more memorable,” she said.

Sunday night’s gala includes performances by The Desert Chorale and opera arias by Cedric Berry and Shana Blake Hill, and possibly one by Smith Conrad, at the Renaissance Esmeralda in Rancho Mirage.

Founded four years ago, OperaArts is best known for its April programs of Opera Under the Stars and Festival of Opera and Arts. Rosenthal said adding the special event was a way to engage their audiences, especially children, with a personal story that involves the arts.

“We really don’t have equity and equality,” she said. “Our kids need to know that even though life is unfair and terrible things happen, people do make it and not to give up ever.”

Rosenthal almost gave up on opera when she was a teenager. Exposed to the voices of Jussi Bjorling, Jan Peerce and Sam Tucker by her grandmother, who was an opera singer herself, Rosenthal was turned off after listening to “Hansel and Gretel”.

“Finally, it wasn’t until I was 22 and in San Francisco and saw La bohéme, and that love became something very deep,” she said. “I learned to feel things through opera, find expression and emotion. It just tells a story in a most beautiful way.”

For information about this weekend's event, visit the OperaArts website.

Click on the video to learn about how this weekend's event meshes with OperaArts' mission.