Jane Garrison spearheaded the campaign that ultimately ended the prospect of the Eagle Canyon community (shown) being built in Oswit Canyon and established a trust to preserve more lands.
PHOTOGRAPHS BY JUNE KIM

Nature prevailed in November as local nonprofit Oswit Land Trust closed escrow on 114 acres in South Palm Springs, ending a four-year battle with developers and ensuring the preservation of the untamed landscape. “The message was loud and clear that the community wanted this canyon preserved,” says trust founder Jane Garrison. “There were so many frustrations, so many tears. We didn’t give up.”

An avid hiker, Garrison was trekking the South Lykken Trail in 2016 when a passerby broke the news: The magnificent vista Garrison so admired overlooking on her walks was to be bulldozed to make way for a subdivision of 160 luxury houses.

She was looking at Oswit Canyon. Os wit is the Cahuilla term for “eagle.” The name references an ancient legend about a Cahuilla shaman and eaglets that inhabited these cliffs. This stretch of San Jacinto foothills comprises an alluvial fan that provides habitat to six endangered species, two more that are threatened, and at least 32 protected migratory birds, according to the U.S. Department of Fish and Wildlife. Development would have altered the terrain with residential properties and, being a FEMA flood zone, a retention dam as long as the Empire State Building is high.

The Eagle Canyon housing plan surfaced in 2006 and was approved by the city but never broke ground. The site changed hands, and in 2016, new developers revived the proposal. Their updates mandated resubmission and a round of public hearings, which stirred opposition.

Though the Palm Springs resident had never advocated for land protection, she is no stranger to environmental causes. For years, Garrison has worked in animal welfare, a passion that steered her to help elephants in Africa and Thailand and lead animal rescue efforts after natural disasters like Hurricane Katrina. Animal Planet and National Geographic documented her rescue operations in New Orleans, which resulted in more than 9,000 animals saved. 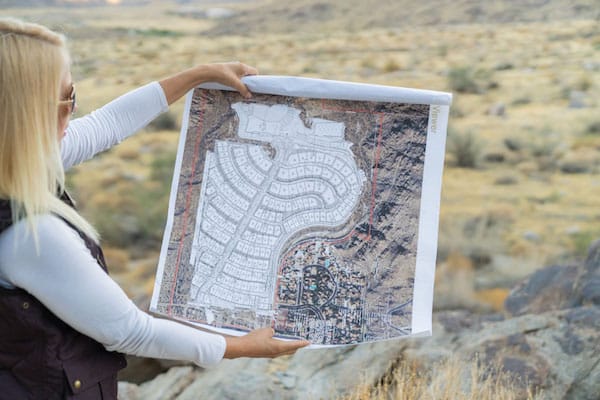 "If you see something in this world that needs to be changed or needs to be saved, put your effort to it and don’t give up," says Jane Garrison.

When she learned of the residential project in Oswit Canyon, Garrison launched a Facebook page and organized rallies at the canyon to garner media attention and spread the word. In the end — supported by hundreds of volunteers, the city of Palm Springs, and grants from the Coachella Valley Mountains Conservancy, California Wildlife Conservation Board, and U.S. Fish and Wildlife Service — Oswit Land Trust (formerly Save Oswit Canyon) purchased the site for $7.15 million.

The journey wasn’t easy. It demanded major fundraising, gathering thousands of signatures, and, ultimately, legal action. Private meetings with the owners proved fruitless, so in 2016, Garrison’s coalition filed an initiative with the city to rezone the area as “environmentally sensitive,” thus limiting the possibility to build. Palm Springs City Council voted unanimously in favor of rezoning, but the developers challenged the city and its councilmembers in court.

Oswit Land Trust appealed, and in 2019, mediation led to a sale agreement. It took a year to raise the funds.

Palm Springs Life spoke with Garrison after Oswit Land Trust closed escrow and celebrated the removal of about nine “Keep Out” signs, signifying that Oswit Canyon is officially open to the public.

How did it feel to prevail?

It’s like going to college for four, almost five years, and then you finally graduate. It’s an incredible feeling to know this canyon is forever safe from destruction. I felt really proud of the community, and I felt proud for my involvement. And so incredibly relieved.

What did you learn about your neighbors?

Despite all the setbacks and ups and downs, the community was willing to go on this mission with me. I didn’t really know anybody in this community when this started, and they trusted me. If I said, “We have to be at this planning commission meeting,” they showed up. “City council meeting,” they showed up. To collect over 5,000 signatures with volunteers is a really big effort. Most initiatives hire companies to collect signatures. We did it with volunteers. 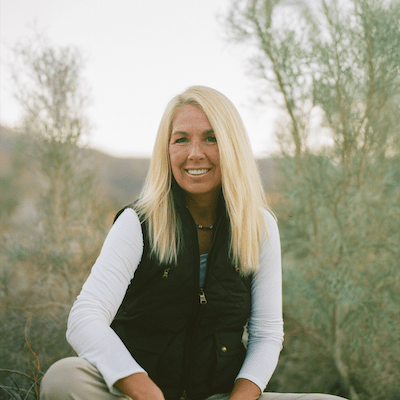 “I didn’t really know anybody in this community ... and they trusted me.”

How’s the hiking at Oswit Canyon?

It is very difficult if you’ve never been back there. There are definitely challenges. There tend to be a lot of rattlesnakes, and you have to climb over and under boulders. It’s not my favorite trail to hike, but it’s a favorite spot for the wildlife, that’s for sure.

We are responsible for property taxes, which are huge, and for insurance and maintenance, meaning that if someone decides to dump a couch, we’re responsible to clean that up. We do plan to work on other projects, which have already begun. (mesquitedesertpreserve.org)

If you see something in this world that needs to be changed or needs to be saved, put your effort to it and don’t give up. The obstacles are going to be there. It’s never going to be easy to make change in the world. But if you stick with it, you can actually accomplish anything you want.