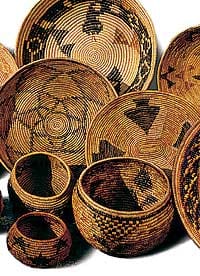 With little fanfare, Coachella Valley’s 75-plus art galleries, as well as its museums, have begun to experience a resurgence, and the result has been a purveyor’s paradise: world-class and locally created art exhibited in more sophisticated spaces, reaching more people through public installation, as well as festivals, and stimulating fresh discourse about the importance of introducing great work to a place that thrives on beauty and the finer things in life.

Indeed, the beauty of the landscape — the sheer escarpment of San Jacinto, the natural hot springs, the breathtaking mornings — seems to beget art. It inspires artists, as you’ll see with the 250 artists expected at La Quinta Arts Festival; the desert air and majestic mountain backdrop makes the annual plein air event an increasingly popular affair.

The valley has yet to gain the reputation of Santa Fe or even Laguna Beach, but all signs point to that destiny. Imago and Buschlen Mowatt galleries — both located off El Paseo — bookend the road, which is populated by smaller galleries dealing in the work of masters (Eleonore Austerer Galleries), early American and California impressionists (Edenhurst Gallery), cutting-edge German art and sculpture (The Hart Gallery), and other specialty gallieries, such as Fatali Desert Light Images (nature photography). The stalwart in Palm Springs is Adagio Galleries, which specializes in Southwest and Native Indian art.

But the valley’s artistic roots run deeper than you might think possible. Based on remains discovered in Morongo Basin campsites, anthropologists estimate the first settlers arrived in the Palm Springs area 10,000 years ago.

In his book Europe and the People without History (University of California Press, 1997), anthropologist Eric Wolf argues, “The world of humankind represents a manifold, a totality of interconnected processes.” Thus, the moment ancient people set hand against stone, Coachella Valley’s destiny as a wellspring of culture was ensured. Embarking on a 7,000-year odyssey from nomadic, big-game hunter to villager and agriculturalist, these ancient people created a gallery of the desert around us. Exhibits at Palm Springs Desert Museum and Agua Caliente Cultural Museum keep us grounded to that artistic foundation.

Ensconced in a postmodern landscape, perspective on the desert’s art history shimmers elusively on the horizon. History, long held as an objective field of study like chemistry or physics, now seems a mirage — an ever-changing inquiry into the subjective viewpoints of past cultures. Doubly encoded and ambivalent, truth dangles on silken threads of interpretation, poised between meaning and metaphor.

“The history of art is almost three times longer than that of writing, and the relationship between the two types of expression can be seen in the earliest forms of writing, such as Egyptian hieroglyphics,” anthropologist Edward T. Hall wrote in his book The Hidden Dimension (Anchor, 1990). “However, very few people treat art as a system of communication [that] is historically linked with language.”

The Desert Archaic Indians who followed Paleolithic man claim responsibility for the oldest known rock art in North America. These ancient artists typically produced rock art near encampments, along springs, streams, and playas. They marked trade routes, hunting areas, watering sites, and places thought to be sacred with both petroglyphs and pictographs. Did these various tribes understand one another’s art — was it language? Could art have been the dialectic mother of all human tongues?

Based on what they know so far, archaeologists can paint the Desert Archaic culture with only a broad brush, offering few verifiable answers; the simple collection and preservation of artifacts removed them from the context in which they made sense.

In her introduction to The Early Years of Native American Art History (University of Washington Press, 1992), Janet Berlo reveals, “For the past 100 years these bits and pieces, facts and objects, have been arranged and rearranged in a changing mosaic in which we have created an image we claim represents Native American art and cuture. We now know this image tells us at  least as much about the collector as it does about  the materials collected.”

Frances Pohl explains in Framing America: A Social History of American Art (Thames & Hudson, 2002), “The history of art is not simply the inevitable progression of styles and artists towards a predetermined goal in the present, but an accumulation of tensions, crises, accidents, and insights, all imbedded in a larger historical process that both forms, and is formed by, the workings and products of artistic activity.”

In working terms, this means an appreciation of art in Coachella Valley does not require committing to memory a laundry list of dates, names, styles, techniques, or mediums. Rather, it means examining how cultural traditions have crossed and recrossed lines. Direct descendants of the Desert Archaic peoples, the Cahuilla Indians were first to appreciate the impact of “accumulated tensions” on their way of life.

Topographical artists in the 1840s revealed the desert’s inhospitable vastness. The U.S. government took an interest in Coachella Valley and in 1853 sent a survey party, led by William P. Blake, to map Palm Springs and its natural hot springs mineral pool — now the site of the Spa Resort Casino — and established the first wagon route through the San Gorgonio Pass. Others followed. In 1872, Palm Springs was added to the Bradshaw Stage Coach Line, serving as the stop between Prescott, Ariz., and Los Angeles. Southern Pacific Railroad would follow the stagecoach industry’s lead, completing a railroad through the desert in 1877.

The desert’s imposing wilderness had been tamed and would be sold. The first permanent Anglo settler, Judge John Guthrie McCallum, bought land from Southern Pacific and built his home in the area in 1884. The McCallum Adobe remains the oldest standing building in Palm Springs.

Avenues of travel offered hope to settlers and drew the nomadic artist in search of the sublime. One such artist was Carl Eytel, who was drawn to the American West by library books found in his native Germany. Working on a ranch in the San Joaquin Valley, he made painting trips into the Mojave and Colorado deserts, often accompanied by illustrator Jimmie Swinnerton. In 1906, he illustrated Wonders of the Colorado Desert, written by George W. James. With minimal recognition for his talents during his lifetime, Eytel lived and died in poverty in a two-room shack. Revered by the Cahuilla Indians, he was honored by being buried in their tribal cemetery.

Nancy Moure has compiled one of the greatest reference tools for those interested in desert and California art. In California Art, 450 Years of Painting and Other Media (Dustin Publications, 1998), she has laid an indispensable foundation for inquiry.

By the early 1920s, Moure informs us, Laguna artists began heading to the desert to depict the unusual landscape — sand dunes, palm canyons, rock formations — or to paint the spring flowers. Palm Springs had begun its transformation into a luxury getaway and tourist destination.

About the same time, landscape photographer Stephen Willard moved to Palm Springs and sold his photos through the Palm Canyon Trading Post and Nellie Coffman’s Desert Inn, Palm Springs earliest gallery. In 1924, painter Gordon Coutts, in ill health, built a Moroccan villa in the desert and lived there until he died in 1937. In 1926, painter “Doc” Knuteson lived permanently in Palm Springs, Norman Chamberlain of Laguna built a studio here, and Irving Manoir and William Riddell, among others, came for inspiration.

Depression-era publicity brought more people to the desert, Moure says. They traveled new roads, including Ortega Highway, built in the early 1930s between coastal San Juan Capistrano and the desert, as Palm Springs grew by leaps and bounds with a star-studded Hollywood dimension to boot. By 1938, it even had a tennis club where photographers captured the rich and famous living glamorous lifestyles. Palm Springs Desert Museum was founded in 1938, and Palm Springs Life and Desert Magazine spread the word to people interested in making homes in the desert, collecting desert rocks, viewing Native American artifacts and petroglyphs, hearing desert history and lore, growing exotic flora and fauna, and collecting art.

The explosive interest in architecture and artifacts from this time period catapulted the city into artistic relevance. Architects George and Robert Alexander, John Lautner, Richard Neutra, Albert Frey, William Cody, and Stewart Williams flexed their creative muscles here, and renewed appreciation has rescued many of their structures from being razed. The desert has become an oasis of houses and public buildings representing a fusion of modernist ideals. It is a landscape that seeks to educate.

Indeed, the desert has come full circle. The study of American art actually began to flourish in the 1960s, when it was considered inferior to European art. As yet, no art historian has stepped up to the task of an exhaustive monograph on Coachella Valley’s rich artistic past.

Today, images and artifacts conveying the culture engulf us, holding within them the story of modern civilization. At the very least, postmodernism highlights the multiplication of voices, questions, and conflicts that have shattered what once seemed to be the placid unanimity of the great tradition and of the West that gloried in it.

The art scene in Coachella Valley reflects that diversity and history. The desert has always served as a crossroads in the migration of this cultural legacy. Truth and understanding require only a desire to look and listen.