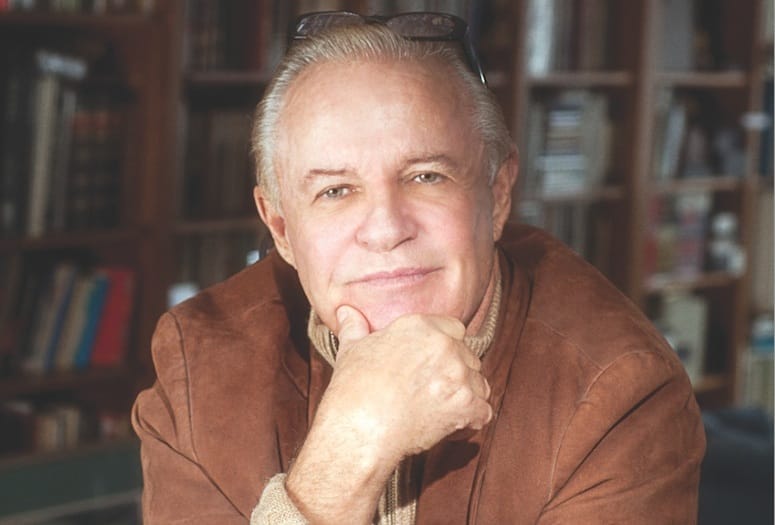 Michael Childers brings his One Night Only benefit to McCallum Theatre on April 22 featuring a host of Hollywood talent.

Every year, we stretch to imagine what Michael Childers will do next with his always-sold-out One Night Only benefit for Jewish Family Service of the Desert.

So far, he has built shows around the Gershwins, Palm Springs legends, and the music of his own life, featuring songs from the stage and film productions where he worked as a photographer and the soundtracks from the films directed by his late partner, John Schlesinger.

Childers has parlayed last year’s theme, the Jewish legacy of Broadway, into a traveling show. A scaled-down version at the Pantages in Hollywood benefited the Actors Fund, and it will debut on Broadway on Dec. 14.

“It started here at the McCallum, and now it’s going national,” says Childers, who’s best known for his photography of arts and entertainment icons and legends.

Palm Springs Life asked Childers about this year’s production, set for April 22, which will transport the McCallum Theatre Back to the Sixties.

Broadway has dominated One Night Only over the years. Why such a dramatic change?
I’m a child of the ’60s, and this is a chance to do all of those great songs, from Dylan to The Doors, Beatles to Bacharach, Dusty Springfield to Janis Joplin. I wanted pop and rock ’n’ roll. The show will bring back the whole period and appeal to everyone.

Can you reveal some of the performers and what they’ll sing?
As always, it’s an all-star cast. Lou Christie will do Lightning Strikes. Loretta Devine will sing Respect by Aretha Franklin. Rufus Wainwright will probably sing something from the Judy Garland show he did at Carnegie Hall, or possibly a doo-wop song. Shoshana Bean, the Wicked star, and Jake Simpson from America’s Got Talent will be here. And we have Lucie Arnaz, Mary Wilson, and many others. Rancho Mirage High School students will open the show with a song from Bye Bye Birdie. Oh, and it will close with Let the Sunshine In from Hair. The audience will be on its feet!

How do you pull so much talent together for only one night?
The word-of-mouth has been wonderful. All of the performers do charity events, and they talk among themselves. They’re saying, “Hey, you need to do this event in the desert,” because we treat the performers very well. We throw lavish parties for them and our major donors. This year, we’ll be at Helene Galen’s house the night before the show. And there will be an afterparty — with a sit-down dinner for 375 people — at a private home in Tamarisk Country Club.

This is the 10th year of One Night Only — and the eighth time benefiting JFS. What have been your most memorable performances?
(After a long silence) There are so many over the years. (Another pause) Songs of My Life was very personal to me. It was based on many of the movies I worked on and the album covers I did. Shana Blake Hill, Danny Gurwin, Sal Mistretta, Suzanna Guzmán, Nmon Ford, Palm Desert High School Choir — and then the full company sang Make Our Garden Grow from Candide, which was one of John’s favorite songs. Kaye [Ballard] sang Lazy Afternoon, and she acted it so beautifully. In 1967, Aunt Kaye introduced me to John, and that started our 37-year relationship. That [production] was a special night, very emotional for me.