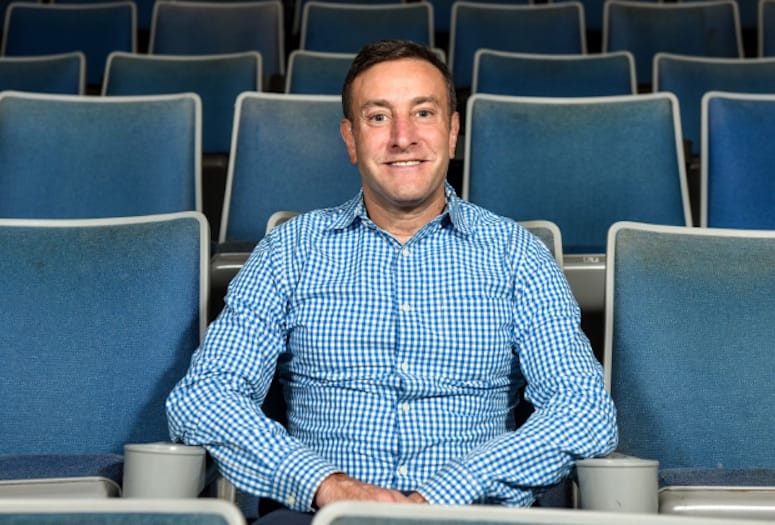 If your brain hurts from scrolling through the latest newsfeed and you simply cannot stomach another headline bemoaning the current state of political affairs, rest assured: Outlandish is for you.

The popular Palm Springs performance series enters its third year of staging comedic and entertainment acts. And by the looks of it, this year’s lineup rises to the occasion — Fran Drescher, Margaret Cho, Coco Peru, Leslie Jordan, Randy Rainbow, and local drag icon Miss Richfield 1981 all hit the stage at the Palm Springs Cultural Center between Oct. 12 and Nov. 24.

Logo TV Founder Matt Farber produces the event in partnership with the Palm Springs Cultural Center. The good news — aside from actually having an opportunity to be in community with others in a festive setting and far away from the TV for one night — is that the events benefit the LGBT Community Center of the Desert (The Center).

• READ NEXT: Margaret Cho on Her Upcoming Appearance in Outlandish in Palm Springs.

Farber, who sold Logo to Viacom several years back, says the genesis of the Outlandish series originated in Ft. Lauderdale in 2017 where he produced a series of hit stage shows. It left him wondering what other LGBTQ communities might appreciate something similar.

“It felt like a good chapter in my career,” Farber says of his sojourn into the Outlandish realm. “I had been in entertainment and media for some time and I had done quite a bit in LGBTQ media, especially with Logo. As a side project for the last 18 years, I also managed Miss Richfield 1981, one of the performers here and actually one of the spokespersons for the City of Palm Springs. I wanted to create a series of these shows and leave my corporate world.”

That he did. But what are audiences really resonating with at Outlandish?

Farber immediately points out that the live shows are a viable if not enjoyable alternative to the world in which we live, one that is now riddled with an overexposure to social media and such things like Netflix.

“Those things can really isolate us more than bringing us out,” he says. “The live events are a great way to create a sense of community. They appeal to a certain psycho-graphic, if you will — the gay and gay-adjacent communities — where everyone can get together and laugh or cry and feel and connect, not only to performers, but to each other. This is something that’s more valuable now than ever.”

“These performers are colorful. They don’t always draw inside of the lines. They make you laugh. They’re visual."

— Matt Farber on his Outlandish lineup

“These performers are colorful,” Farber notes of the lineup. “They don’t always draw inside of the lines. They make you laugh. They’re visual. Each of the acts, whether it’s the visual of a drag performer like Miss Richfield or the pioneering gay-activism in comedy and female empowerment of Fran Drescher or the pansexuality/Asian-American point of view of Margaret Cho, or the cathartic, anti-Trump, musical-theater performance of Randy Rainbow — I mean, I can go on — but they all fit under that Outlandish banner and offer something unique.

When asked what he loves most now about producing for the stage, Farber beams: “I love being around great, creative people I am in awe of. I mean, I really am in awe of their talents.”

Outlandish begins with an appearance by Fran Drescher in “Schmoozing With Fran Drescher”, at 8 p.m. Oct. 12 at Palm Springs Cultural Center, 2300 E. Baristo Road, in Palm Springs. Visit outlandishps.com for tickets and the full lineup.