Port Wine Pairing, Many people like pairing Port with cheese 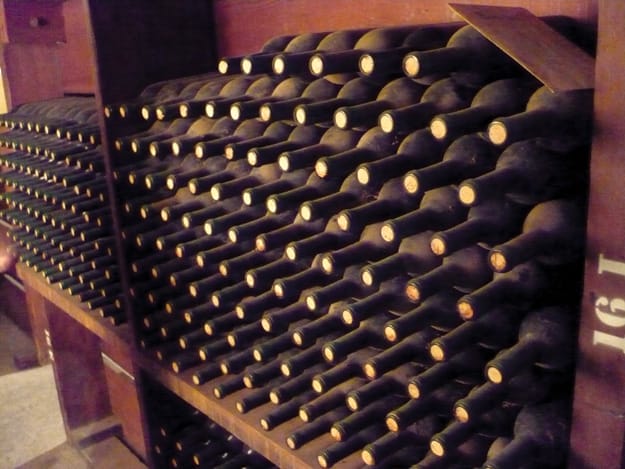 Each Port house has a distinct style as to the level of sweetness, fruit, and acidity in its wines. However, in general terms, Paul Mugnier of Premium Port Wines in San Francisco says reserve-level Ports go well with a rich devil’s food cake, while a 20-year tawny pairs best with a black forest cake. A 10-year tawny with a sweet nut flavor of almond or hazelnut goes well with pecan pie, a hazelnut tart, or a dessert made with Nutella (“That’s got 10-year tawny Port written all over it,” Mugnier says).

Many people like pairing Port with cheese. The delicate flavor of an aged tawny Port goes well with soft, creamy cheeses, such as camembert and double- or triple-cream cheese. “They are looking for texture, which you get from triple-cream cheese that complements the nutty quality,” Mugnier says. A more vibrant late-bottled vintage Port with flavors ranging from cherry to plum to blackberry pairs best with a pungent cheese such as Stilton or a cheese with a high level of salt such as Parmesan-Reggiano.

Results of the No Smoking Jacket Required Port Pairings Tasting

It’s good to have friends who are willing to give your ideas the old college try. Potentially explosive chemistry? An untested bungee jump? A new recipe for cauliflower-stuffed meatloaf?

No, my friends aren’t stupid. But they were willing to taste seven Port wines with a variety of foods (granted, “foods” may be loose terminology when we’re talking about a lot more sweets than the USDA recommends, but that’s what you typically serve with Port).

When undertaking such a “task,” one might want to bear in mind that Ports are generally around 20 percent alcohol. The lowest percentage I had for my friends was 18.8 percent (notably, no one complained). Nonetheless, small samples and a few hours were in order.

After cleansing/disinfecting our palates with sparkling wine while watching a short video on Graham’s (one of Portugal’s premium Port houses), we took to the appointed task of matching liquids with solids.

There were, of course, notable differences in the Ports. In color, they ranged from ruby to tawny gold. My friends described them with words ranging from “vanilla/crème soda” to “woody, chocolate” in taste — and in between as “glazed carrots and candy apple.” OK, that was from one attendee. Another friend offered a more pedestrian survey that included words and acronyms such as “oops” and “OMG.” But that’s OK. We weren’t testing potentially explosive chemicals (an occasion during which one certainly would not want to hear “oops”). The real point was whether any of the Ports paired well with, let’s say (because I spent time making it from lemons I picked from a tree in my back yard), lemon tart. The Ficklin 10-year and Graham’s 20-year tawnies did in fact.

Were this a competition for survival among all the foods, pistachios would have been the first voted off the island (with only one defender who happens to love pistachios, Port notwithstanding). Pumpkin pie hardly fared well, though a few people thought it complemented the caramely Cinquain Cellars Port. The custard cups, dried figs and apricots, and white chocolates over caramel were like people who show up to a party but don’t add much to it by their presence.

As for cheese (a common Port pairing), blue cheese and the “younger” bottlings wed well, while the triple cream cheese and Graham’s 20-year-old tawny signaled a marriage made in heaven.

When in doubt, one could hardly go wrong with chocolate-based pairings; the chocolate-hazelnut flavors of Nutella came off well across the board. And the medjool dates made a respectable showing, with the exception of an attempted pas de deux with the Graham’s Six Grapes Reserve.

If I were to award a grand prize, however, it would go to the peanut butter balls — not only for being a long shot (my research having turned up no PB-and-Port recommendations), but also for being an ingredient that reinforces my theory that no smoking jacket is required to enjoy Port.

In case you want to experiment on your own, here are a couple of recipes:

Preheat oven to 325 degrees. Spray the bottom and sides of an 8-inch square cake pan with cooking spray. Combine flour and salt in a bowl and set aside. In another bowl, beat eggs, Nutella, brown sugar, and vanilla extract until smooth. With mixer on low speed, alternately add flour/salt and melted butter. Pour batter into cake pan and bake 35-40 minutes. Cool brownies in pan before cutting into squares.