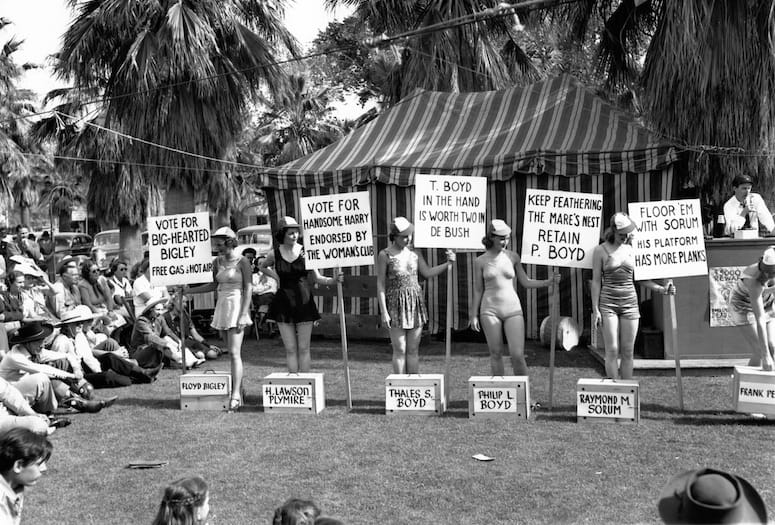 During a citywide election held April 9, 1940, many of those battling it out for seats on the city council used the Desert Circus parade and other community events to highlight their platforms and remind citizens to vote.

To be eligible to vote in the election, a voter had to be present in Palm Springs on Election Day and vote at the polls in their own wards. No absentee ballots were issued because the election was only being held in the odd numbered wards and not throughout the city. Each ward had its own polling location where residents from that ward were required to vote.

The Third Ward had only one candidate who filed — current Mayor Phillip Boyd — but a surge of citizens came to vote as a rousing show of confidence in the mayor. The Fifth and Seventh wards also had only one candidate. The city council canvassed the results of the precinct vote the next week and announced the winner.

There is a multitude of ways to Explore Palm Springs, which turns 80 in 2018. One of the more intriguing methods is by exploring Palm Springs history. The Palm Springs Historical Society will share a story whose time and place corresponds with today.